The fifteenth century witnessed vastly increased freedoms, most particularly in terms of what is actually perceived as ‘harmony’ and ‘polyphony’ (the simultaneous movement of two or three interrelated parts). Composers (although they were barely perceived as such) were still almost entirely devoted to choral writing, and the few instrumental compositions which have survived often create the impression (in many cases entirely accurately) of being vocal works in disguise, but minus the words.

There is obvious new delight in textural variety and contrast, so that, for example, a particular section of text might be enhanced by a vocal part dropping out momentarily, only to return again at a special moment of emphasis. The four most influential composers of the fifteenth century were Dunstable, Ockeghem, Despres and Dufay.

The second half of the 16th century witnessed the beginnings of the tradition which many music lovers readily associate with the normal feel of ‘classical’ music. Gradually, composers moved away from the modal system of harmony which had predominated for over 300 years (and still sounds somewhat archaic to some modern ears), towards the organisation of their work into major and minor scales, thereby imparting the strong sensation of each piece having a definite tonal centre or ‘key’.

This was also something of a golden period for choral composition as a seemingly endless flow of a capella (unaccompanied) masses, motets, anthems, psalms and madrigals flowed from the pens of the masters of the age. In addition, instrumental music came into its own for the first time, especially keyboard music in the form of fantasias, variations, and dance movements (galliards, pavanes etc.). Composers of particular note include Dowland, Tallis, Byrd, Gibbons, Frescobaldi, Palestrina, Victoria, Lassus, Alonso Lobo, Duarte Lobo, Cardoso and Gesualdo.

A Ceremony of Carols

A Change of Worlds

A Classic Christmas: for Your Family

A Musical Journey - Tuscany: A Musical Tour of the Region's Past and Present

A Renaissance Tour of Europe

A To Z Of Opera

A Vision of Christ Through Music

A Winter's Light: A Christmas Collection

All the Queen's Men: Music for Elizabeth I

Amarcord: The Book of Madrigals

And So It Goes: Songs of Folk and Lore

Art of the Trumpet

At the Sign of the Crumhorn: Flemish Songs and Dance Music

Ave Virgo gloriosa - Marian Music from the Renaissance to the Baroque

Bach (The Very Best Of)

Ballo Turco - From Venice to Istanbul

Baltimore Consort: On the Banks of Helicon (Early Music of Scotland)

Baroque Trumpet (The Art Of The), Vol. 2

Baroque! - A Collection of Baroque Gems From the Delos Catalog

Beach, A.: Cabildo [Opera] / Hermit Thrush at Eve / Give Me Not Love / In the Twilight

Berg, Bengt: Faglarna Och Kallorna (The Birds and the Springs)

Blame not my Lute: Elizabethan Lute Music and Poetry

Born is the Babe

Bride'S Guide To Wedding Music (A)

Burst Forth, My Tears: The Music of John Dowland

Cantatas From the Archive of Early Bach

Choir Music of the World 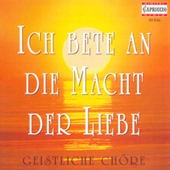 Christmas By The Bay

Christmas by the Fireside

Christmas Carols Around The World

Christmas Ensemble 96: Det Lyser I Stille Grender (It Shines in the Silent Streets)

Christmas In The Alps

Christmas Spanish Music And Villancicos From The Renaissance

Christmas with the Vienna Boys Choir

Ciaramella: Music from the Court of Burgundy

City Waites: The English Tradition - 400 Years of Music and Song

Corteccia: Responsories for the Holy Week

Davidsen: The World Is Babel and Ivory

Discover Music of the Baroque Era

Dove: The Passing of the Year

DOWLAND (THE BEST OF)

Dowland: Flow My Tears and Other Lute Songs

Down By the Sea

Early Music (The Glory Of)

Episodes on a Journey

Et manchi pieta: Artemisia Gentileschi & the Music of Her Time

Faire Is the Heaven: Hymns and Anthems

Famous European Organs: The Large Organ of the Cathedral

Finzi (The Best Of)

Finzi: I Said To Love - Let Us Garlands Bring - Before and After Summer (English Song, Vol. 12)

Flow - Jazz and Renaissance from Italy to Brazil

Flowering of Love, (The) - Beautiful Arias and Sacred Songs of the Baroque

Fragile: A Requiem for Male Voices

From Baroque to Fado - A Journey Through Portuguese Music

From Byrd to Byrd

From Frescobaldi to Brahms - A Homage to Giorgio Questa

Gibbons: Hymnes and Songs of the Church

Gloriosus Franciscus: The Music for St. Francis from the 13th to the 16th Century

Gondwana Dawn: Africa and India - United in Music and Harmony

Harpsifly - A Story of Gordon Murray

Haydn, J. / The Earl Of Abingdon: Songs and Chamber Music

Hear My Prayer - Choral Music Of The English Romantics

Henze: Symphony No. 7 / Ariosi On Poems by Torquato Tasso

Historic Organ at Frederiksborg Castle (The)

Humperdinck: Music for the Stage

Hymn to the Dawn

Hymns of Heaven and Earth

Hymns To The Goddess

I heard you singing

Ibert: The Ballad of Reading Gaol

In the Bleak Mid-Winter

Instrumental Music Around Christmas - Christmas Across the Centuries

Introduction To Early Music (An)

Joy To The World

Jul i Den Gamle By (Christmas in the Old Town)

Karlsruher Schule: 50 Years of the University of Music Karlsruhe

Korngold: Much Ado about Nothing (Complete version, narrated and sung in German)

La Rue: Mass of the Seven Sorrows of the Blessed Virgin / Missa Pascale