This Land Sings:
Inspired by the Life and Times of Woody Guthrie

A Musical Tribute to the Dust Bowl Troubadour 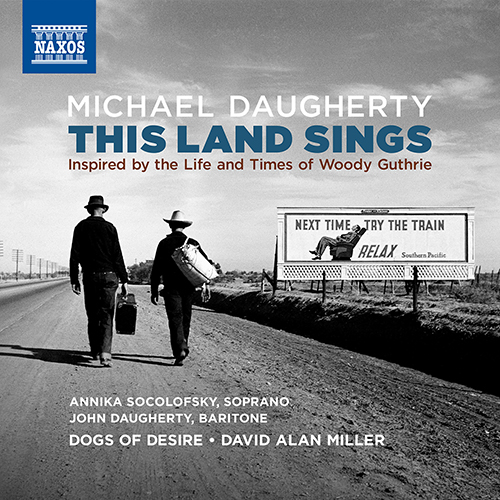 8.559889 | 636943988923
In This Land Sings, GRAMMY Award-winning composer Michael Daugherty has created an original musical tribute to the singer-songwriter and political activist Woody Guthrie (1912–1967). Traveling the backroads of America from coast to coast with a guitar and harmonica, Woody Guthrie performed folk songs of love, wandering and social justice during the Great Depression and the Second World War. Daugherty has composed his own original songs and instrumental interludes that give haunting expression, ironic wit and contemporary relevance to political, social and environmental themes from Guthrie’s era. Under the baton of GRAMMY Award-winning conductor David Alan Miller, the Albany Symphony’s new music ensemble Dogs of Desire, joined by soprano Annika Socolofsky and baritone John Daugherty, give a poignant and rousing performance.

Annika Socolofsky is a US composer and avant-folk vocalist. Her music erupts from the power and nuance of the human voice and is communicated through mediums ranging from orchestral and operatic works to unaccompanied folk ballads. As a vocalist, she has worked with composers such as Michael Daugherty, Gemma Peacocke, and Alex Dowling. Socolofsky is a recipient of a Fromm Foundation Commission, the Cortona Prize, numerous honors from BMI and ASCAP, and has been awarded fellowships from the Blackbird Creative Lab, Banff Centre for Arts and Creativity, Cabrillo Festival of Contemporary Music, and the Bang on a Can Summer Festival.

Dedicated to exploring and celebrating the intersection between popular culture and traditional orchestral music, to bending and blending genres, the Albany Symphony’s contemporary new music ensemble, Dogs of Desire, has commissioned more than 150 new works from America’s most exciting composers. GRAMMY Award-winning conductor David Alan Miller founded Dogs of Desire in 1994 with members of the Albany Symphony. Since that time, the ensemble has gained a national reputation as an incubator for the most inventive musical creators of our time.

GRAMMY Award-winning conductor David Alan Miller has established a reputation as one of the leading American conductors of his generation. Music director of the Albany Symphony since 1992, through exploration of unusual repertoire, educational programming, community outreach and recording initiatives, he has reaffirmed the ensemble’s reputation as the nation’s leading champion of American symphonic music and one of its most innovative orchestras. Miller won the 2001 ASCAP Morton Gould Award for Innovative Programming and, in 1999, ASCAP’s first-ever Leonard Bernstein Award for Educational Programming.

‘During these times of turbulence and uncertainty, I think back to the songwriter and political activist Woody Guthrie, who traveled across America with his guitar and harmonica to perform songs of hope and social justice during the Great Depression and World War II. As a musical tribute to this Dust Bowl troubadour, I have composed This Land Sings: Inspired by the Life and Times of Woody Guthrie, a song cycle with seventeen original vocal and instrumental numbers, like a Grand Ole Opry radio broadcast. It is my hope that this Naxos recording, featuring the Albany Symphony’s new music ensemble Dogs of Desire, will remind us that music can make a difference.’ – Michael Daugherty


Michael Daugherty’s music has entered the orchestral, band and chamber music repertoire and made him, according to the League of American Orchestras, one of the ten most performed American composers of concert music today.  His music, recorded by Naxos over the last two decades, has received six GRAMMY Awards, including Best Contemporary Classical Composition in 2011 for Deus ex Machina for piano and orchestra and in 2017 for Tales of Hemingway for cello and orchestra. Naxos recordings of Daugherty’s music include UFO (Colorado Symphony and Marin Alsop, 8.559165); Fire and Blood (Detroit Symphony Orchestra and Neeme Järvi, 8.559372); Metropolis Symphony (Nashville Symphony and Giancarlo Guerrero, 8.559635); Route 66 (Bournemouth Symphony and Alsop, 8.559613); Mount Rushmore (Pacific Symphony and Carl St. Clair, 8.559749); Tales of Hemingway (Nashville Symphony and Guerrero, 8.559798); and Dreamachine (Albany Symphony and David Alan Miller, 8.559807). 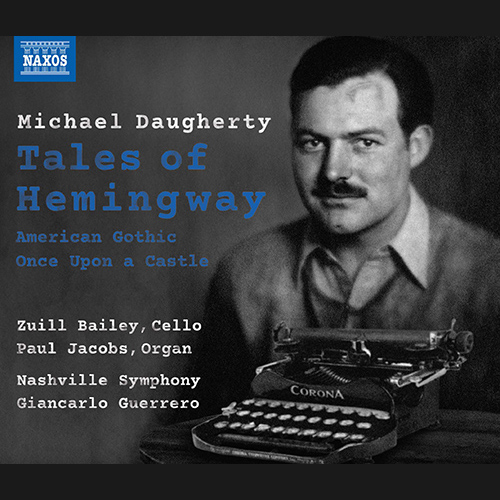 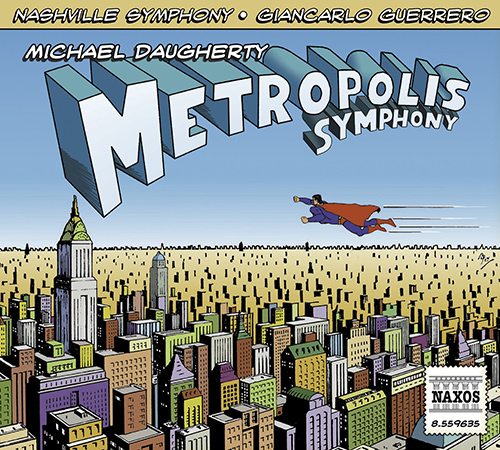 Discover
'Anyone interested in post-Copland Americana will certainly want to have this for the excellent Metropolis Symphony.'
–American Record Guide 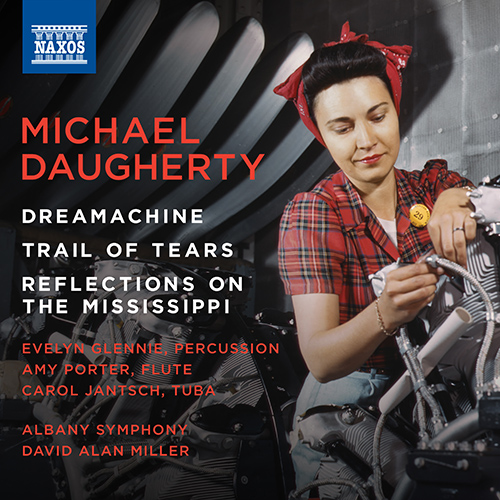 Discover
‘A real tour de force and essential listening to fans of contemporary music… It will knock your socks off.’
– Fanfare 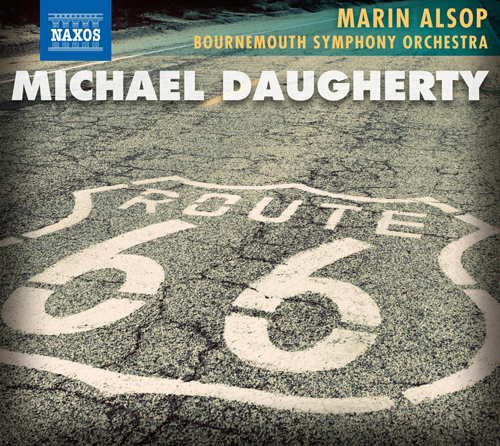 Discover
‘Marin Alsop has established herself as a champion of Daugherty’s music, and performs all of it with obvious commitment. No reservations whatever – this is just excellent..’
– ClassicsToday.com

Browse through the American Classics segment catalogue and discover many award-winning recordings of both well-known and the rarely heard masterpieces.