In 1994, Naxos undertook to create the world’s largest catalogue of recordings of the classical guitar. Produced under the artistic supervision of renowned guitarist, Norbert Kraft, with co-producer Bonnie Silver, the collection today numbers more than 70 titles, a clear realisation of the company’s aim.

Using the finest microphones in a magical acoustic, perfectly suited to the guitar’s subtle nuances, and the latest digital technology, the recordings capture all the intimate detail and dynamic depth of the guitar’s voice.

The Guitar Collection has three streams:

Some of the fascinating guitar titles Naxos has recently released include: 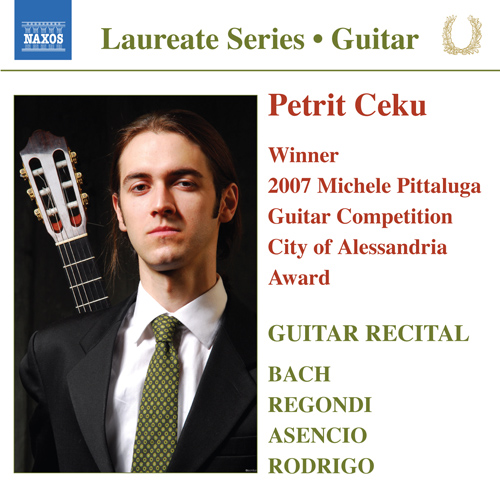 This recital by the winner of the 2007 Michele Pittaluga Guitar Competition City of Alessandria Award, the Croatian Petrit Ceku, begins with an ambitious transcription of one of J.S. Bach’s most demanding solo works, the Violin Sonata No. 2 in A minor. Studies from the nineteenth century master, Giulio Regondi, Rodrigo’s In Praise of the Guitar, an extended work of great charm and momentum in three intense movements, and Vicente Asencios’s Suite Valencia, reveal the expressive and technical heights to which the classical guitar nowadays aspires.

“Ceku asserts his place among the elite guitarists of the world. The recording (in Ontario, Canada) by Norbert Kraft is a class act in itself!” (The New Recordings) 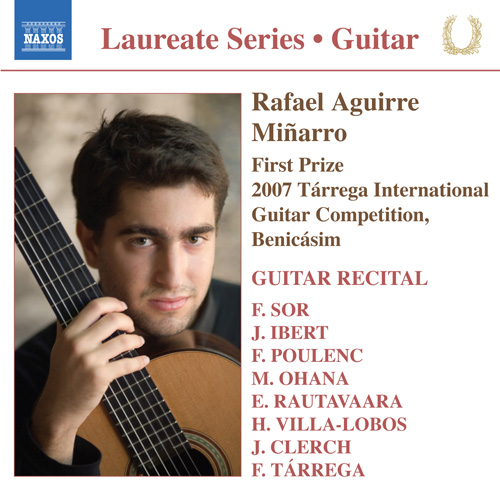 Rafael Aguirre Miñarro, First Prize Winner in the 2007 International Francisco Tárrega Guitar Competition, has studied with Teresa García de Candido, Manuel Jesús Pérez Vela, Miguel Tojar and Javier Chamizo, and since 2004 with Joaquín Clerch. The scope of the pieces he plays in this recital is truly cosmopolitan, covering music from the early nineteenth century up to the present time, from the simplicity of Poulenc’s Sarabande to the exuberant virtuosity of Villa-Lobos and Tárrega.

“A prodigy who entered the Malaga Conservatory at the age of seven, Rafael Aguirre Miñarro… has chosen a programme of eight composers to display the talents he has on offer… First class sound.” (David’s Review Corner) 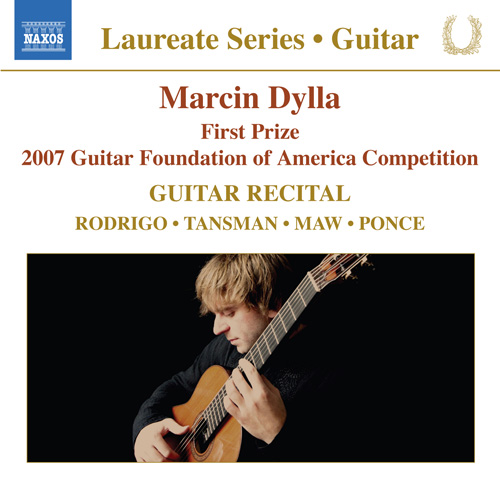 Marcin Dylla, First Prize Winner in the 2007 Guitar Foundation of America Competition, is considered one of the most outstanding classical guitar players of the younger generation. Between 1996 and 2007 he won first prize nineteen times at the most prestigious international guitar competitions. This selection brings together guitar works from composers of four nationalities, Spanish, Mexican, Polish and British, covering a span of some sixty years of the instrument’s development.

“Dylla’s performance is most persuasive, the technical hurdles never made apparent… and his playing is clean, intelligent and well conceived. Good sound from Naxos’s Canadian regular team.” (David’s Review Corner)

Or use the Artists Index on naxos.com to find the performer you’re interested in