The October NEW ON NAXOS presents Robert Schumann’s First and Second Symphonies, featuring the rarely performed re-orchestration by Gustav Mahler, and performed by the ORF Vienna Radio Symphony Orchestra conducted by Marin Alsop. These subtle changes by Mahler were made in light of instrumental developments and increase in size of a typical symphony orchestra towards the beginning of the 20th century. 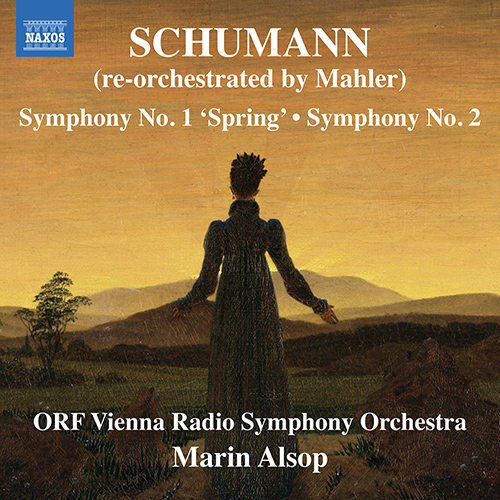 Robert Schumann’s works lie at the centre of German Romanticism, with an essentially lyrical style that reflects his quintessential place among the great German composers. From 1840 Schumann switched from writing, primarily, piano music and Lieder, to writing orchestral music, with the joyful First Symphony written in just four days, and the uplifting tone of the Second Symphony a remarkable triumph over depression and illness. But the effectiveness of Schumann’s orchestration in his symphonies has been the cause of much debate. Gustav Mahler’s re-orchestrations from the early 1900s provide models of tasteful modification that are suited to the larger orchestras of today. 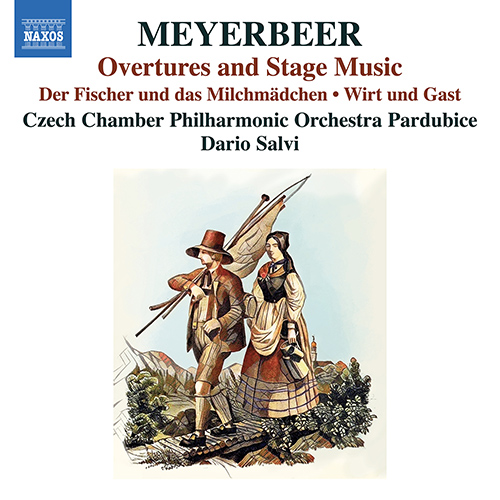 Meyerbeer was a precocious composer and this album traces some of his very earliest works. Der Fischer und das Milchmädchen was his first stage work, a charming rural vignette that contains all the essential features of a ballet-divertissement couched in writing that enchantingly evokes the 18th century. Collaborating with his teacher, the Abbé Georg Vogler, Meyerbeer composed Der Admiral in 1811. The following year saw Wirt und Gast with the vivid Oriental exoticism of its Janissary music, while Romilda e Constanza, his first italian opera, shows his complete assimilation of Rossinian models. 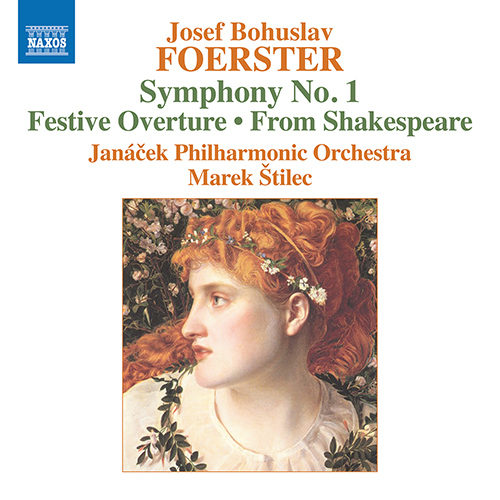 Josef Bohuslav Foerster was the successor to Dvořák as organist in Prague, a lifelong friend of Mahler, and a pivotal figure in Czech music, whose almost 200 compositions take in all the major genres. The three selected works here offer an overview of his orchestral music. Recalling several equally majestic pieces by Smetana, the arresting Festive Overture combines Czech flair with Viennese elegance, while From Shakespeare explores characterisation with warmth and resourceful orchestration. The early Symphony No. 1 in D minor offers a darkness-to-light trajectory suffused with rich mid-Romantic colours. 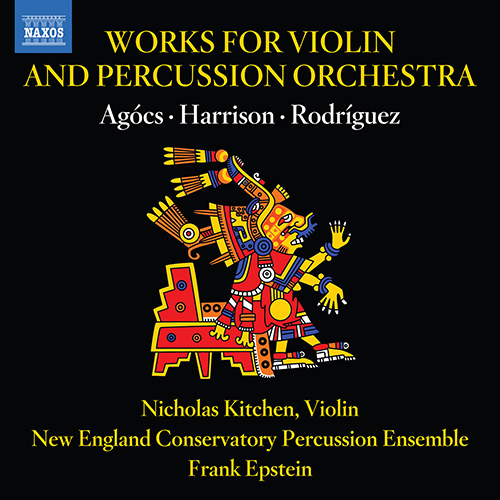 The unique instrumentation of the three works in this album was pioneered by the innovative Lou Harrison, whose 1959 concerto encapsulates his culturally wide-ranging aesthetic. More conventional instruments work alongside calibrated extras such as wash tubs and flowerpots in a work of colour, languorous elegance and kinetic energy. The companion works were composed in its honour: Robert Xavier Rodríguez’s Xochiquetzal evokes the ancient Mayan world in imaginary folk music to form a synthesis of time periods and cultures, while the economical serenity of Kati Agócs’s concerto also includes bitonal effects and zesty syncopation.

The trumpet has had many concertos written for it by composers from the Soviet era and beyond. Appealing in its unabashed melodies and colourfully nostalgic feel, Arutiunian’s Trumpet Concerto became popular in the West, while Weinberg’s emotive Trumpet Concerto in B flat major was summed up by Shostakovich as a ‘symphony for trumpet and orchestra’. Shostakovich’s own playful Concerto No. 1, Op. 35 is recorded here with Timofei Dokschizer’s extended trumpet part, bringing it closer to the Baroque ‘double concerto’ model that the composer may initially have intended. 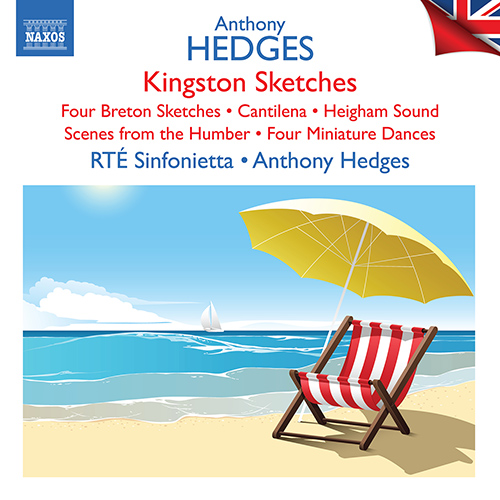 Anthony Hedges was a popular and versatile composer with some 300 broadcasts to his name in Britain and abroad. He wrote prolifically in a variety of genres, often in response to commissions, from music for massed children’s choirs and youth orchestras to operas and chamber music. His scenic imagination and atmospheric tone pictures are full of warmth and colour, such as can be found in the Four Breton Sketches and Scenes from the Humber, which captures the spirit of the city of Hull, where he spent many years teaching. The delightful Heigham Sound shows his vivacity and compositional élan. 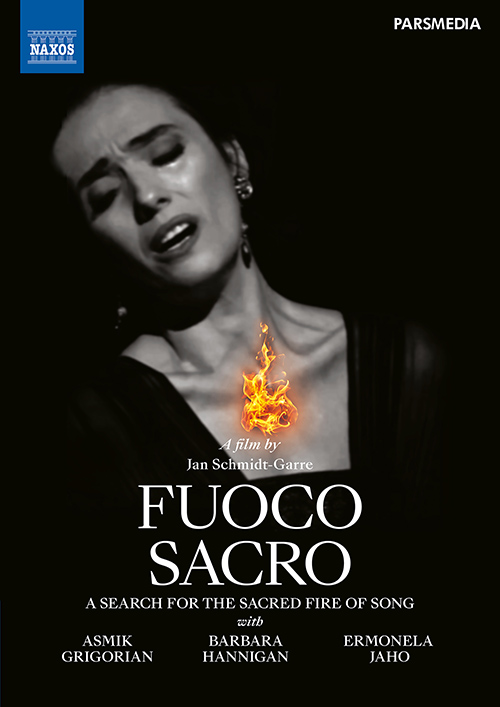 2.110710
Also available on Blu-ray Video
(NBD0141V)
DISCOVER
Fuoco Sacro
A Search for the Sacred Fire of Song
A film by Jan Schmidt-Garre
With Asmik Grigorian, Barbara Hannigan and Ermonela Jaho

Opera confronts us with extremes of emotion, sometimes delivering unforgettable, life-changing experiences. Fuoco Sacro (‘Sacred Fire’) seeks out singers who have the power to pierce our hearts, presenting three of them at work in the most intimate details of their rehearsals and preparations. Ermonela Jaho, Barbara Hannigan and Asmik Grigorian are watched closely as some of their secrets are revealed: how they inhabit their roles and transform words and notation on a page into that intangible but powerful magic being communicated to audiences from the opera stage. Over 90 minutes of extras are included featuring vocal warm-ups and live performances accompanied by pianists Evgenia Rubinova, Reinbert de Leeuw and Francesco Piemontesi. 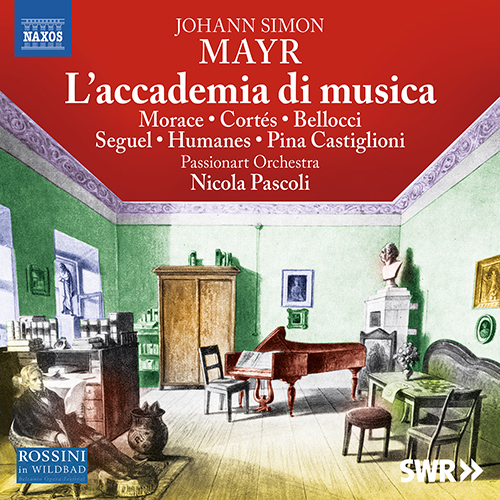 Johann Simon Mayr was among the most successful composers prior to Rossini, and while he was long remembered as Donizetti’s teacher his excellent music is now gaining the recognition it deserves. L’accademia di musica is a single-act farsa or comedy, its narrative a variation on the familiar situation of an elderly rich man trying to seduce and marry his young maid and the complications and intrigues that ensue, including ‘play within a play’ and a concert held as part of the opera. With its vaudeville finale and metaphorical touches, this opera simultaneously recalls 18th-century traditions and anticipates Rossini. 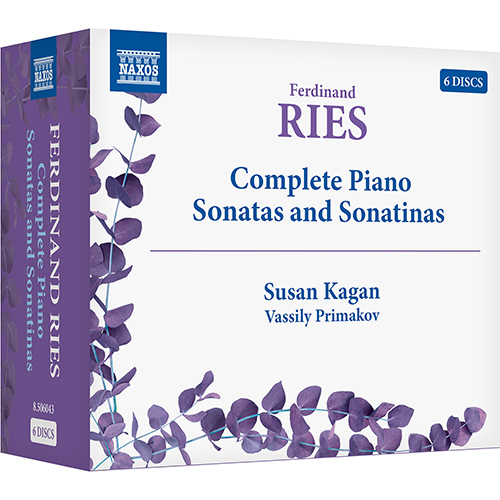 Ferdinand Ries was a friend and pupil of Beethoven and was praised by Robert Schumann for his ‘remarkable originality’. He was also one of the great piano virtuosos of his age and perfectly placed to compose works for his instrument that honour the Classical tradition of Haydn and Mozart while foreshadowing the Romanticism of Schubert and Chopin. In Susan Kagan, an acknowledged authority on the composer, these works have found an interpreter of sympathy and eloquence who brings the composer’s fluency, poignancy and drama fully to life: ‘Ries could not have asked for a better pianist and proponent than he has found in Susan Kagan’ (Fanfare). 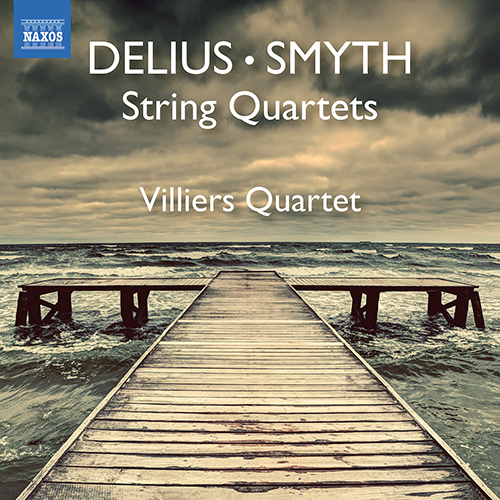 The String Quartet in E minor by Ethel Smyth, one of the most innovative and original figures in English music, has a masterful coherence and consistency. With eloquent writing for the viola in particular, it is both playful and reverential, and ends with a flourish – forthright, bold and uncompromising, like Smyth herself. Delius wrote the early String Quartet in 1888 but it was rejected for performance and he was later to reuse the Scherzo for his mature Quartet of 1916–19 (8.573586). In 2018 the score of the two opening movements of the 1888 Quartet, long assumed lost, reappeared at auction and have been edited and reunited with the final two in this premiere recording, which adds significantly to our understanding of Delius’ early compositional directions. 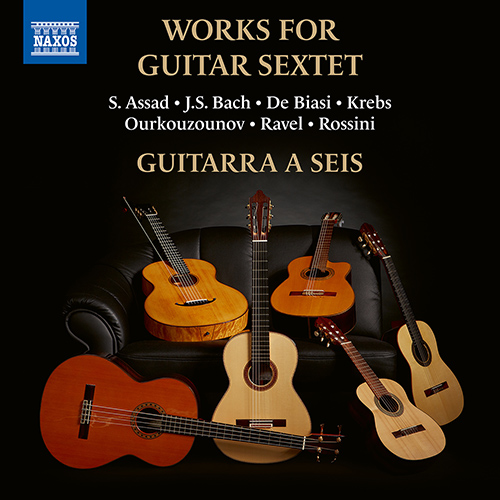 With specially made instruments and a range that can emulate that of a whole orchestra, the acclaimed Guitarra a Seis bring us a colourful programme that includes works written specially for the ensemble. Opening with a real feast for the ears in Bach’s lively Brandenburg Concerto No. 3, we further encounter the magical moods of Ravel’s Ma mère l’Oye, a blend of Bulgarian folk and modern music from Atanas Ourkouzounov, Tobias Krebs’ jazz-infused Suite Panamericana, and Sérgio Assad’s humorous Juan Sebastian’s Bar, which alludes to Bach and Beethoven but is Brazilian through and through. 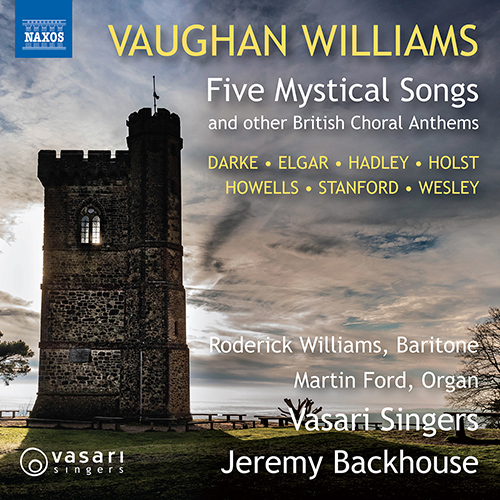 Featuring Vaughan Williams’ masterly and intensely personal Five Mystical Songs, this album reflects on the sources of inspiration of some of his sacred choral works, alongside gems of 19th- and early 20th-century English church music. Often setting the poetry of the King James Bible, the finely spun melodies and sensitivity to word rhythm of composers from S.S. Wesley to Herbert Howells result in a uniquely British form of expression.

BACK TO TOP
Great Composers in Words and Music 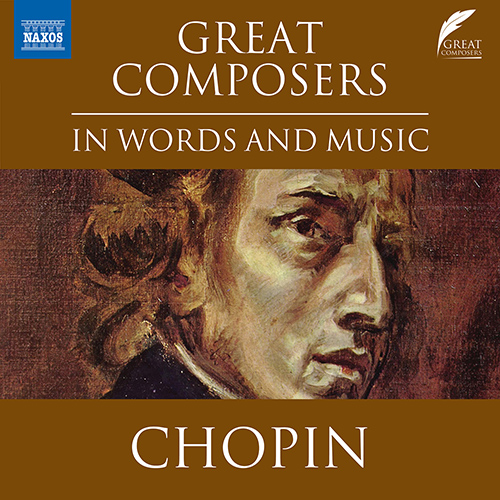 Polish by birth, Fryderyk Chopin made his name in post-Revolutionary Paris and is often depicted as the archetypal Romantic artist – blessed with extraordinary talent but consumed by the flame of genius, tormented by intense and tempestuous relationships and doomed to an early death. But how much of this story is based on fact? This account of Chopin’s life and times separates myth and reality. Illustrated with numerous musical examples, the narrative takes us from his youthful beginnings as ‘a second Mozart’ to the darkness and light of his life and the brilliance of his work.

BACK TO TOP
Naxos AudioBooks 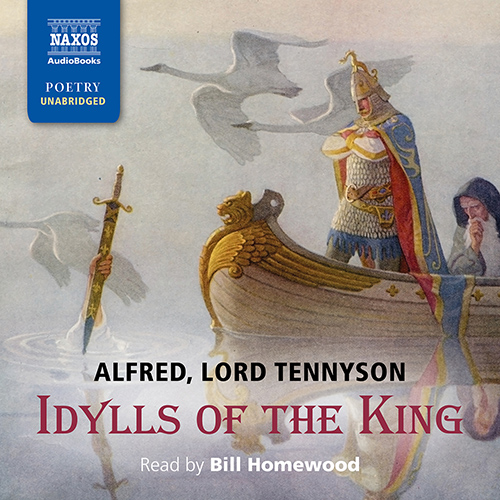 TENNYSON, A.: Idylls of the King (Unabridged)
Discover 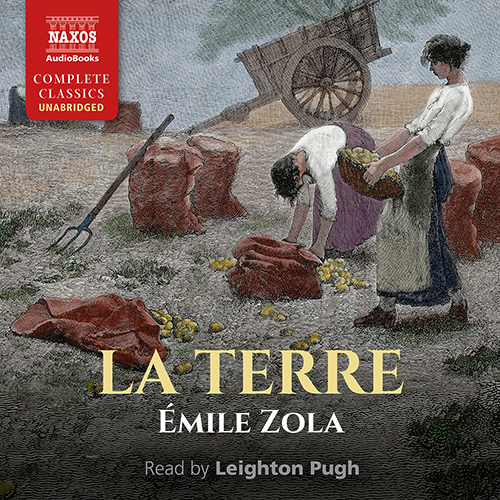 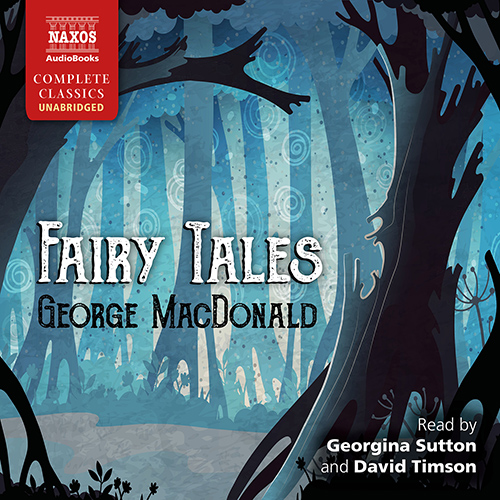