The September NEW ON NAXOS celebrates the bicentennial of Brazil’s independence with two exciting additions to the critically acclaimed The ‘Music of Brazil’ series. First are large-scale choral compositions by Dom Pedro I – the first emperor of Brazil – such as Credo, Te Deum, and Hino da Independência do Brasil (‘Hymn to the Independence of Brazil’), performed by The Concentus Musicum de Belo Horzonte and Minas Gerais Philharmonic Orchestra under Fabio Mechetti. The second new release features the outstanding English Chamber Orchestra performing works by 19th-century composers Carlo Gomes, Alberto Nepomuceno, Francisco Braga and Leopoldo Miguéz, conducted by Neil Thomson. 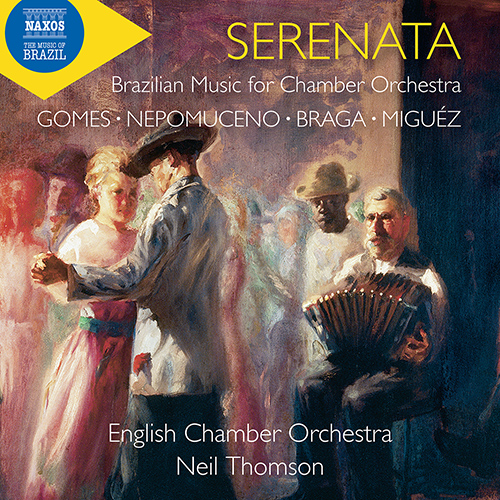 Brazilian composers in the 19th century often sought state scholarships to enable them to study in Europe where they were to become influenced by the German, Italian and French compositional schools. They also became involved in the vogue for writing suites based on ancient dances, such as Nepomuceno’s delightful Ancient Suite, premiered at Grieg’s home, or Braga’s Madrigal-Pavana which evokes the belle époque ballrooms of Rio de Janeiro. Miguéz’s Suite in the Old Style is polyphonic and lively, while Gomes’ Sonata for Strings is his finest non-operatic work. 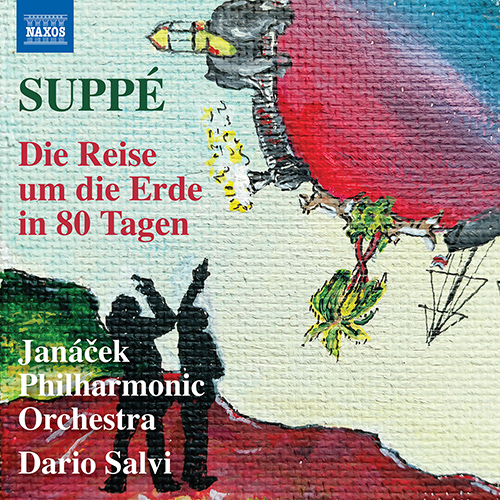 Franz von Suppé became famous all over the world for the easy brilliance of his operetta melodies. He also achieved great success with theatrical stage music, including this version of Jules Verne’s adventure novel Around the World in 80 Days. Verne’s interest in science and new discoveries reflects the optimism of the late 19th century, and Suppé’s music is a perfect reflection of the light and dark in the narrative, evocatively tracking Phileas Fogg’s enterprising and at time dangerous voyage, and taking in the exotic orient and Gold Rush America along the way. 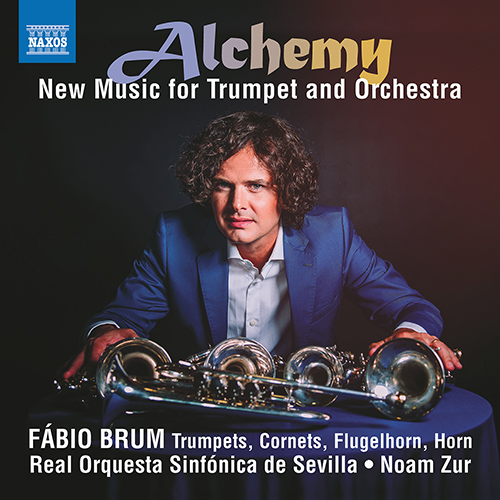 Like alchemists of old, attempting to recombine the four elements, here Fábio Brum presents four distinct musical languages in a programme forged during lockdown. Gabriele Roberto’s Tokyo Suite charts the astonishment of a traveller dazzled by the vast megapolis, whereas Dimitri Cervo’s The Brazilian Four Seasons offers a colourful, energetic panorama of the natural and human worlds. Fábio Brum’s very personal musical journey is highlighted by the contrast between the Talmudic contemplation of Menachem Zur’s De Profundis and the abstract ruminations of Nicola Tescari’s Trumpet Concerto ‘Nine Moods’. 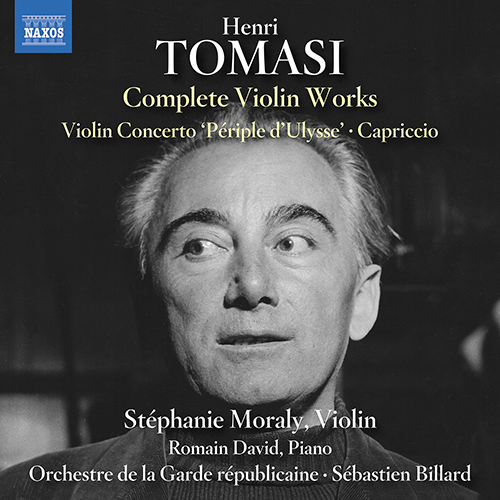 Henri Tomasi’s violin works are little known but they offer a compact insight into the direction of French 20th-century composition. The Violin Concerto ‘Périple d’Ulysse’ is a late work, by turns alluring, tragic and violent, conveyed through rhapsodic virtuosity and a rich sense of colour. The Capriccio is full of elegance and refinement with emotional intensity in its slow movement and brilliance in its finale. Chant hébraïque conjures up oriental motifs while the sequence of early works for violin and piano reference Tomasi’s Corsican heritage and evoke quasi-cinematic exoticism. 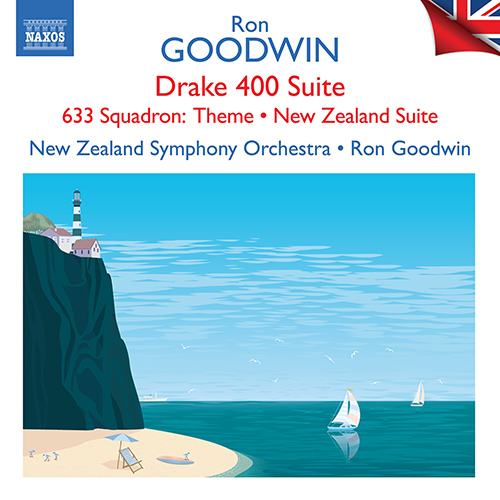 Ron Goodwin is famous for several iconic film scores such as the rousing 633 Squadron. His was an instantly recognisable musical voice, combining an innate ability to write both memorable tunes and to evoke the many moods demanded by film directors, qualities that extend into the gloriously evocative Drake 400 and New Zealand Suites. Goodwin’s long and distinguished career earned him multiple Ivor Novello Awards and a Golden Globe Award among many other accolades. Conducted by the composer, this recording represents the best of a true leader in the field of popular music. 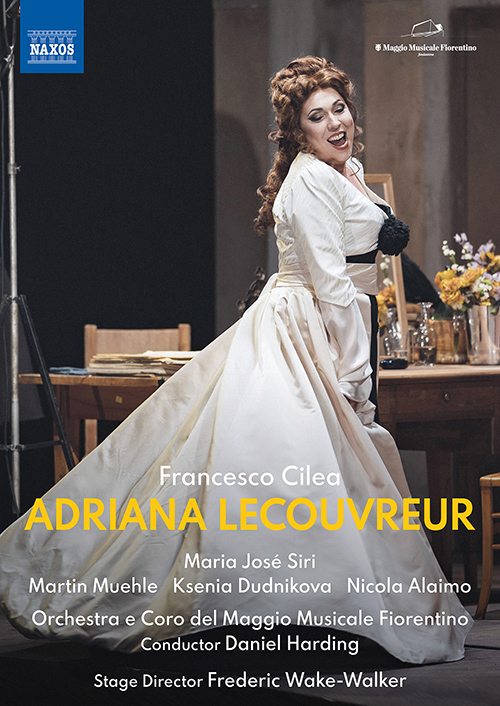 Francesco Cilea’s Adriana Lecouvreur was inspired by the real-life story of a celebrated actress at the Comédie-Française who was much admired by Voltaire. Hailed as a masterpiece, the opera was triumphantly staged in cities around the world after its premiere in 1902. The dramatically effective narrative is a passionate love triangle filled with intrigue and complicated plot twists set in the gallant 18th century. Its subtle ironies and gorgeous cantabile style of music provide a perfect vehicle for the star cast in this stunning production from the Teatro del Maggio Musicale Fiorentino. 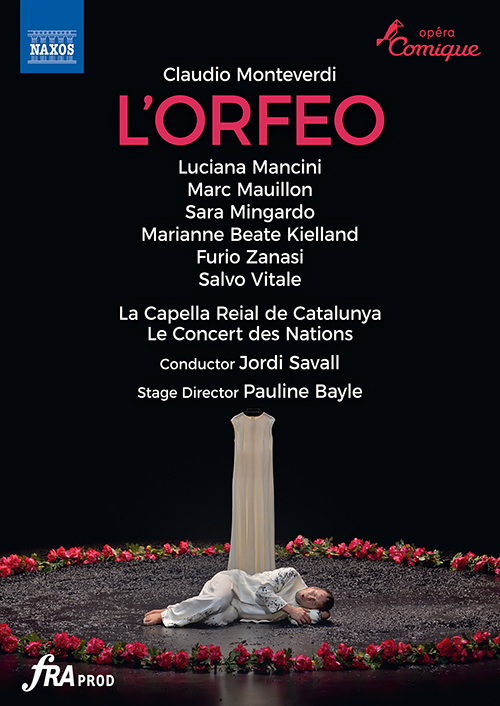 Monteverdi’s L’Orfeo was premiered in 1607 and is the oldest opera still performed today. The narrative is based on the Greek legend of Orpheus who, armed only with the weapons of music and love, descends into Hades in an attempt to bring his lost bride Eurydice back to the living world. The opera’s dramatic power is brought to life in this acclaimed production conducted by the great Monteverdi expert and interpreter Jordi Savall. Filmed at the Opéra Comique in Paris L’Orfeo features a virtuoso cast with the service of text and music always at its core. 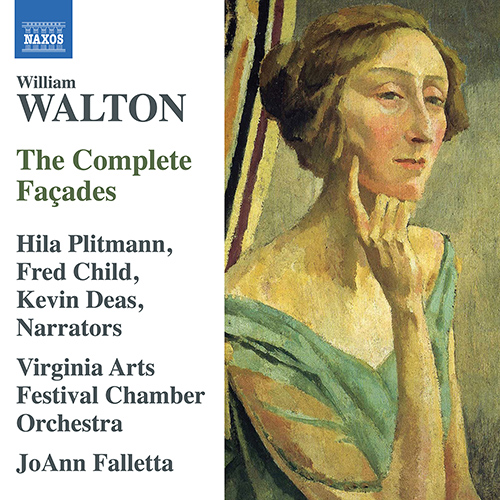 Edith Sitwell’s invitation to William Walton to collaborate on an innovative, revolutionary new work came at a critical moment in the young composer’s career, and Façade proved to be his first great success. The peerless combination of a peculiarly English dry wit, genuine pathos and superlative technical skill remains an extraordinary achievement. Sitwell’s verses conjure a satirical and poignant world of bourgeois late-Victorian England, while Walton’s settings unfailingly enhance and enrich the texts in a work in which words and music are unquestionably of equal importance. This release includes the first recording of Small Talk (1922) and three numbers first performed in 1977 but subsequently rejected by the composer. 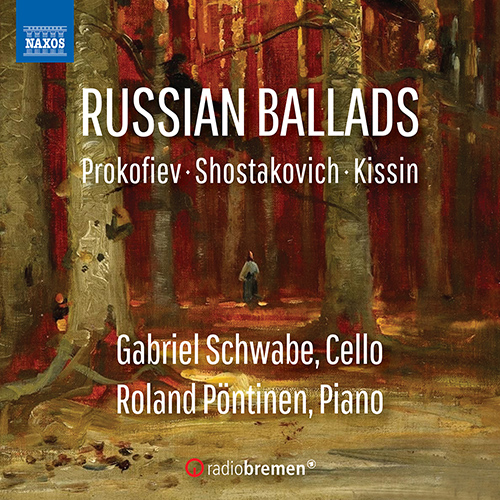 The 20th century saw an abundance of notable Russian cellists inspiring an extensive repertoire by Soviet composers. In the cello sonatas by Shostakovich and Prokofiev, both composers explore the rich and emotive timbre of the instrument with expressive subtleties and bittersweet emotions, alongside their typical touches of wit and irony. Internationally acclaimed pianist Evgeny Kissin has recently returned to composing, and his Cello Sonata is akin to a ballad in its restraint and introspection. 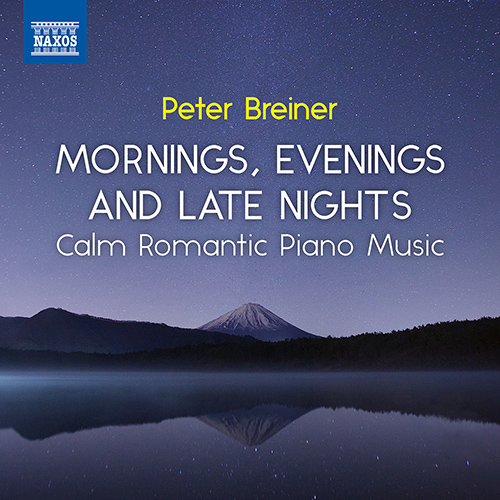 Peter Breiner is one of the world’s most recorded musicians with over 200 releases and more than two million albums sold, of which his Beatles Go Baroque (8.555010) alone reached sales of a quarter of a million copies. In addition to being a multifaceted composer, arranger and conductor, Breiner is also a pianist, and the third of his Calm Romantic Piano Music series melds melodic substance with delicate musical expressiveness. The original and descriptive miniatures heard on this album present music of touching tranquillity and beauty. Previous releases in the series comprise Volume 1 (8.574256) and Volume 2 (8.574257). 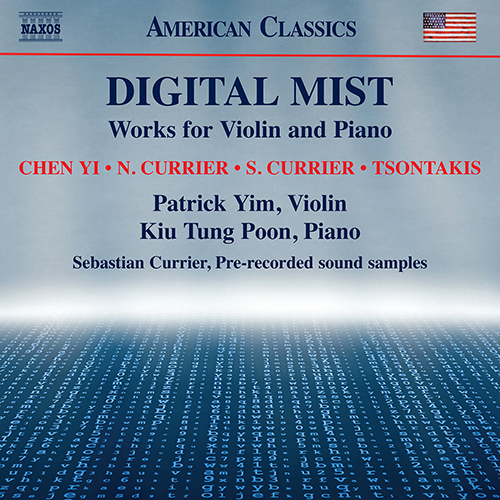 This recording represents a survey of American music composed for violin and piano between 1980 and 2010. These masterpieces are by four American composers distinguished by the highest honors of their profession, and whose international careers and creative voices have been shaped by major political, social, and cultural events during the last 50 years. From the ethereal electronic sounds that surround the players in Sebastian Currier’s Digital Mist to the Chinese evocations in the complete violin and piano works of Chen Yi, this collection has been made in close collaboration with the composers and includes three world premiere recordings. 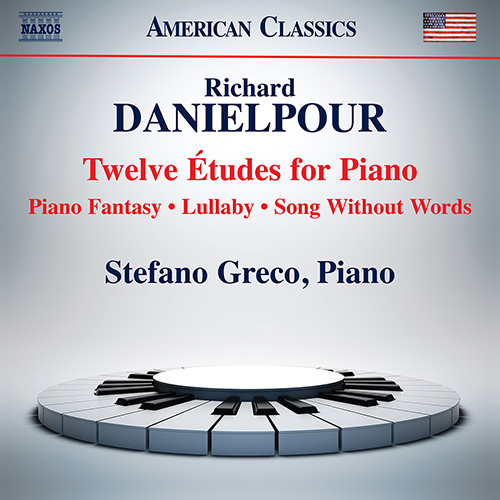 Richard Danielpour is one of the most decorated, frequently performed and recorded composers of his generation. His commissions include works for some of the most celebrated artists of our day. Each of the Twelve Études is dedicated to a particular pianist with its own substantial technical demands, but all are conceived as concert pieces with a self-contained narrative. The variations in the Piano Fantasy are based on the final chorale of Bach’s St Matthew Passion. All of these world premiere recordings were made in close collaboration between the composer and acclaimed pianist Stefano Greco. 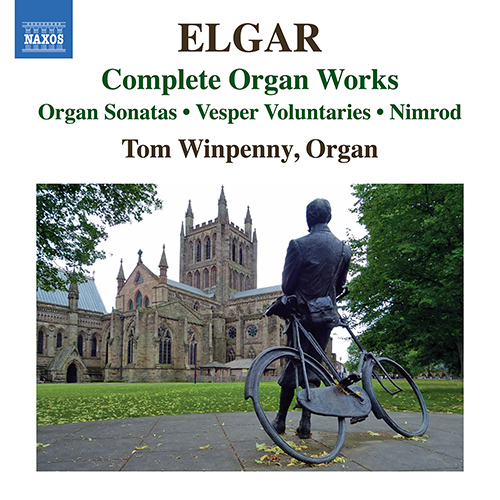 The organ was a formative part of Edward Elgar’s musical upbringing, and for a time he was organist at St. George’s Catholic Church in Worcester. The symphonic scale and distinctive themes of the First Sonata contrast with the more liturgical atmosphere of the Vesper Voluntaries, while the rousing Second Sonata is an arrangement of Elgar’s Severn Suite for brass. This album comprises Elgar’s original works for organ as well as the complete arrangements made by the composer himself and those made by four distinguished contemporary organists. 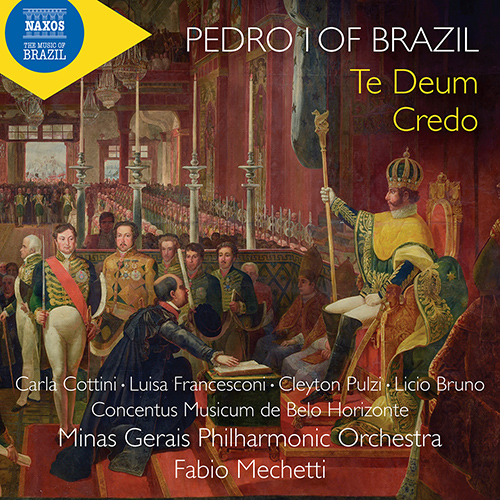 Dom Pedro I was the first Emperor of Brazil, proclaiming its independence from Portugal in 1822. A gifted musician, Pedro I is one of only a few monarchs to have become known as a composer. A performance of his Abertura (‘Overture’) was organised in Paris in 1832 with some in the audience convinced that it had been composed by Rossini, while the Hino da Independência do Brasil (‘Hymn to the Independence of Brazil’) remains one of the country’s best-loved anthems. Operatic in character, the Te Deum celebrated the baptism of Pedro’s first son, and the joyous Credo is one of his most frequently performed works. 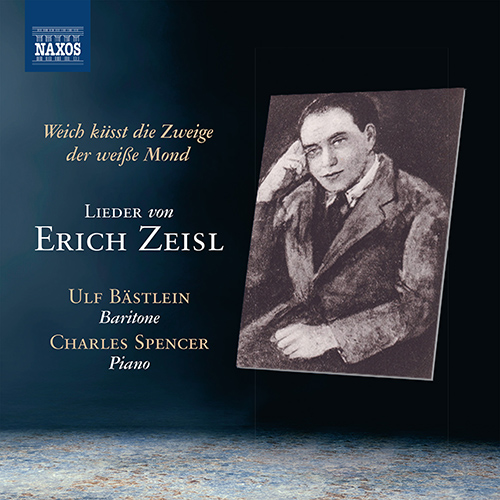 ‘Melody is the heart of music – and you can’t construct melodies. They are the essence of a musical gift’. This was the firm belief of Erich Zeisl, who in the 1930s was considered one of the most promising musical talents in Austria. Zeisl mastered the most disparate of musical styles, and although his output was firmly rooted in the Romantic idiom, he permanently pushed its harmonic boundaries. Central to Zeisl’s output was the lied, but having been silenced by the Nazis in 1938 he composed no more lieder in exile in America. It is shameful that these works which have such an important place in the history of music and ideas are only now made accessible to a wider public (20 world premiere recordings).

BACK TO TOP
World Music 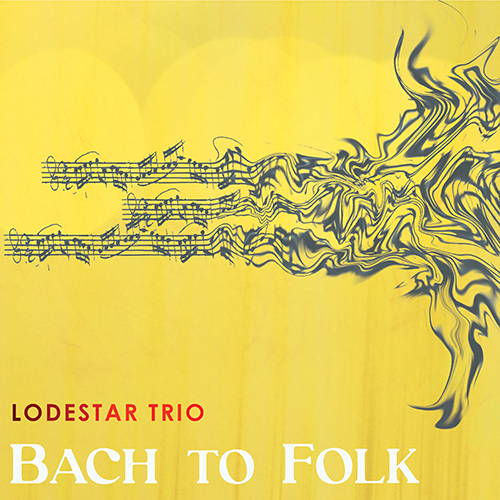 Lodestar Trio present their striking debut album, one that not only exhibits the three performers’ outstanding musicianship but also presents new interpretations of baroque classics (Bach, Lully, Couperin…), folk tunes and new compositions. Together, they push the boundaries of their mystical and magical Scandinavian string instruments. With Max Bailie on violin, Olav Luksengård Mjelva on Norwegian Hardanger fiddle and Erik Rydvall on Swedish nyckelharpa, they skilfully showcase the dexterity of each instrument, bringing out new qualities, whilst paying tribute to the roots of a much-honoured musical period. 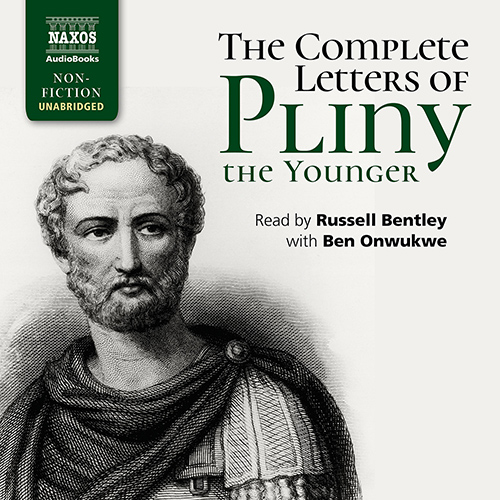 PLINY THE YOUNGER: The Complete Letters of Pliny the Younger (Unabridged)
Discover 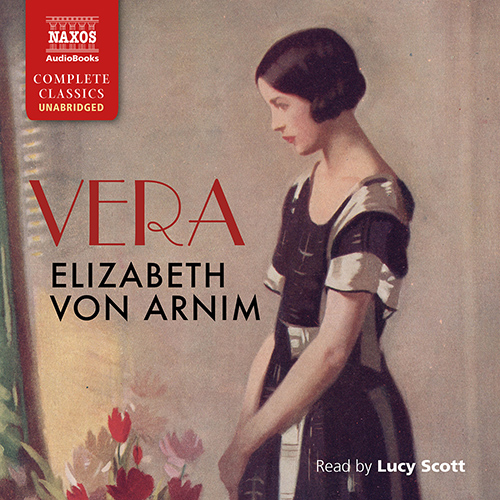 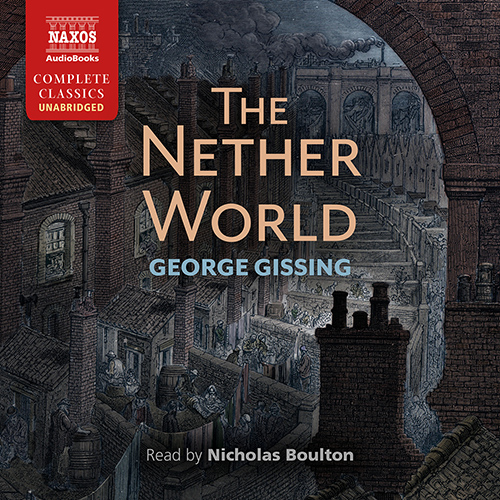 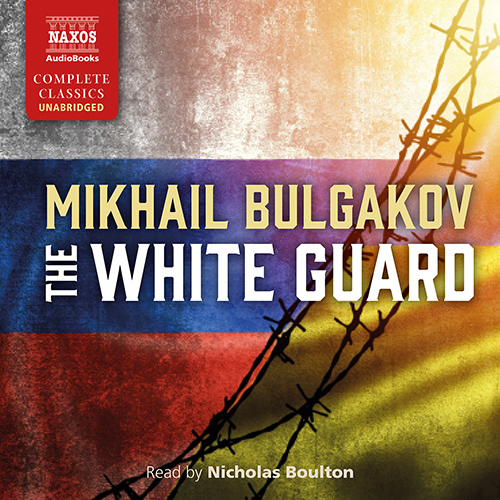 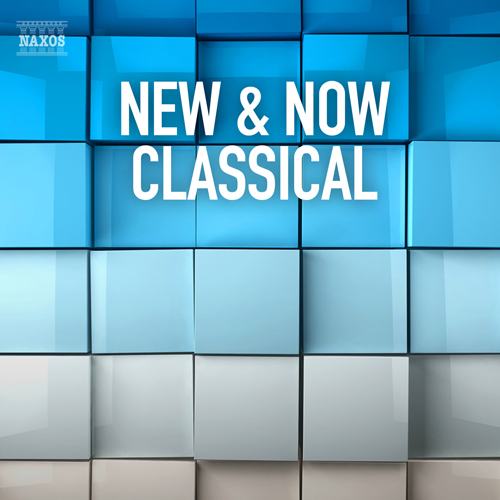