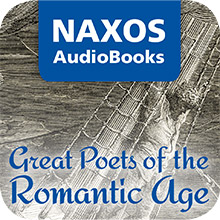 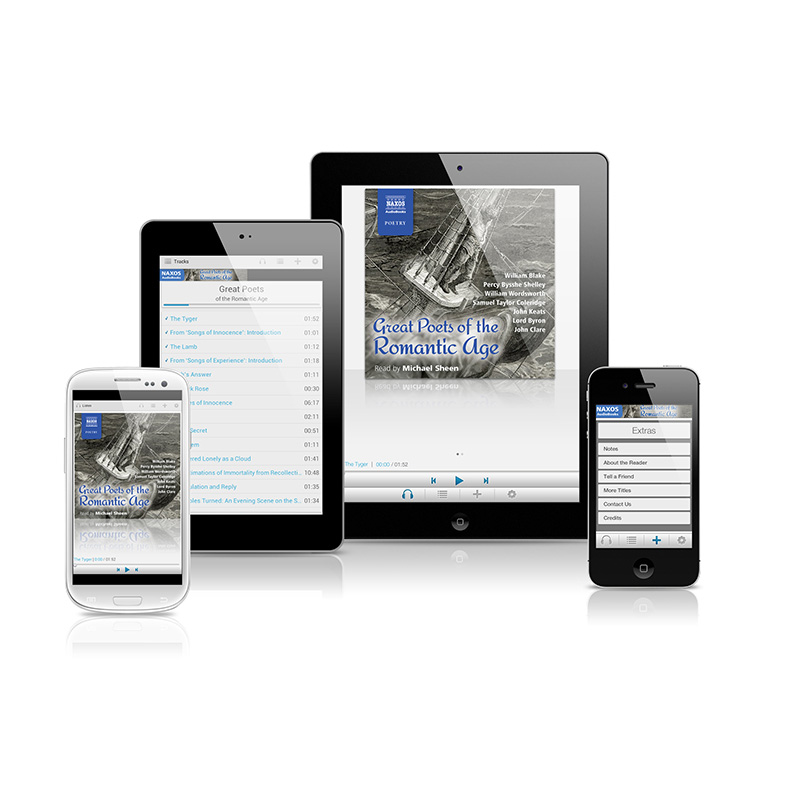 The Tyger… I Wandered Lonely as a Cloud… Ode to the West Wind… The Rime of the Ancient Mariner… Ode to a Nightingale… We’ll go no more a-roving… ‘All good poetry’, wrote Wordsworth, ‘is the spontaneous overflow of powerful feelings’, and this was to be one of the hallmarks of the Romantic poets. With a dynamic spirit, these great English poets made a conscious return to nostalgia and spiritual depth. Each chose a different path, but they are united in a love of moods, impressions, scenes, stories, sights and sounds. In this collection of more than forty poems are some of the finest and most memorable works in the English language.

Michael Sheen’s major theatrical roles include Henry V (RSC), Peer Gynt (directed by Ninagawa) and Jimmy Porter in Look Back In Anger. Among his film work is Wilde, The Queen, Frost/Nixon and Woody Allen’s Midnight in Paris. Sheen has recorded extensively for Naxos AudioBooks, reading Dostoevsky’s Crime and Punishment and The Idiot, The Picture of Dorian Gray andOedipus the King. “Whether he’s antheming a lonely grief or giving vent to William Blake’s anger in the poem Auguries of Innocence, [Michael Sheen] is ideally cast for delivering this admirable selection…”
– Arnold Evans, Times Educational Supplement, on the original audiobook production