This 7-disc box set presents Naxos’ acclaimed edition of Sir Arnold Bax’s complete symphonies, together with a substantial collection of his other orchestral works. Recorded between the mid-1990s and the early 2000s this was, and still is, a leading edition of music that had been considered unfashionable until well into the 1980s. Featuring conductor David Lloyd-Jones and the Royal Scottish National Orchestra, the edition was notably influential in the general revival of Bax’s music. 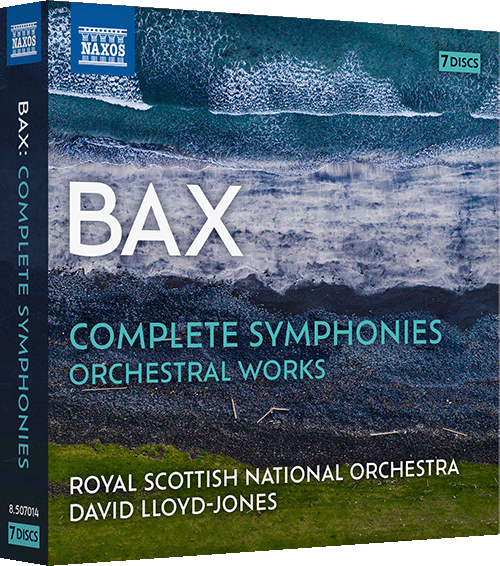 Sir Arnold Bax wrote his seven symphonies between 1921 and 1939, embracing a prolific period that drew inspiration from a variety of sources. From the dramatic impact of the Second Symphony through to the seascapes of the Fourth and hints of Sibelius in the later works, Bax’s powerful symphonic world is one of surprising and at times stormy vigour contrasting with the most intense lyrical expressiveness and serenity. The selection of additional orchestral works evoking nature and atmospheric landscapes fascinates and rewards in equal measure, providing an essential overview of Bax’s music in critically acclaimed recordings. 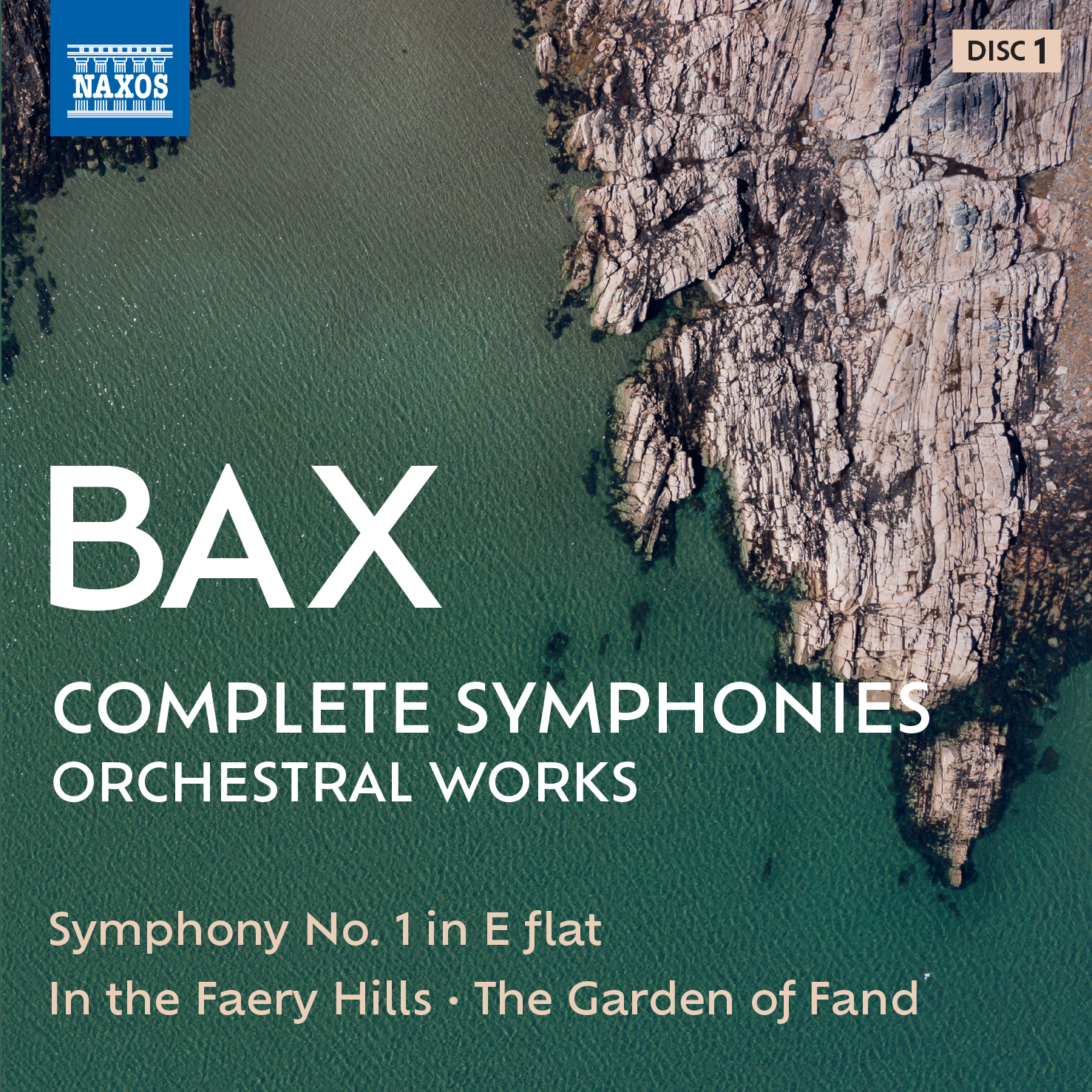 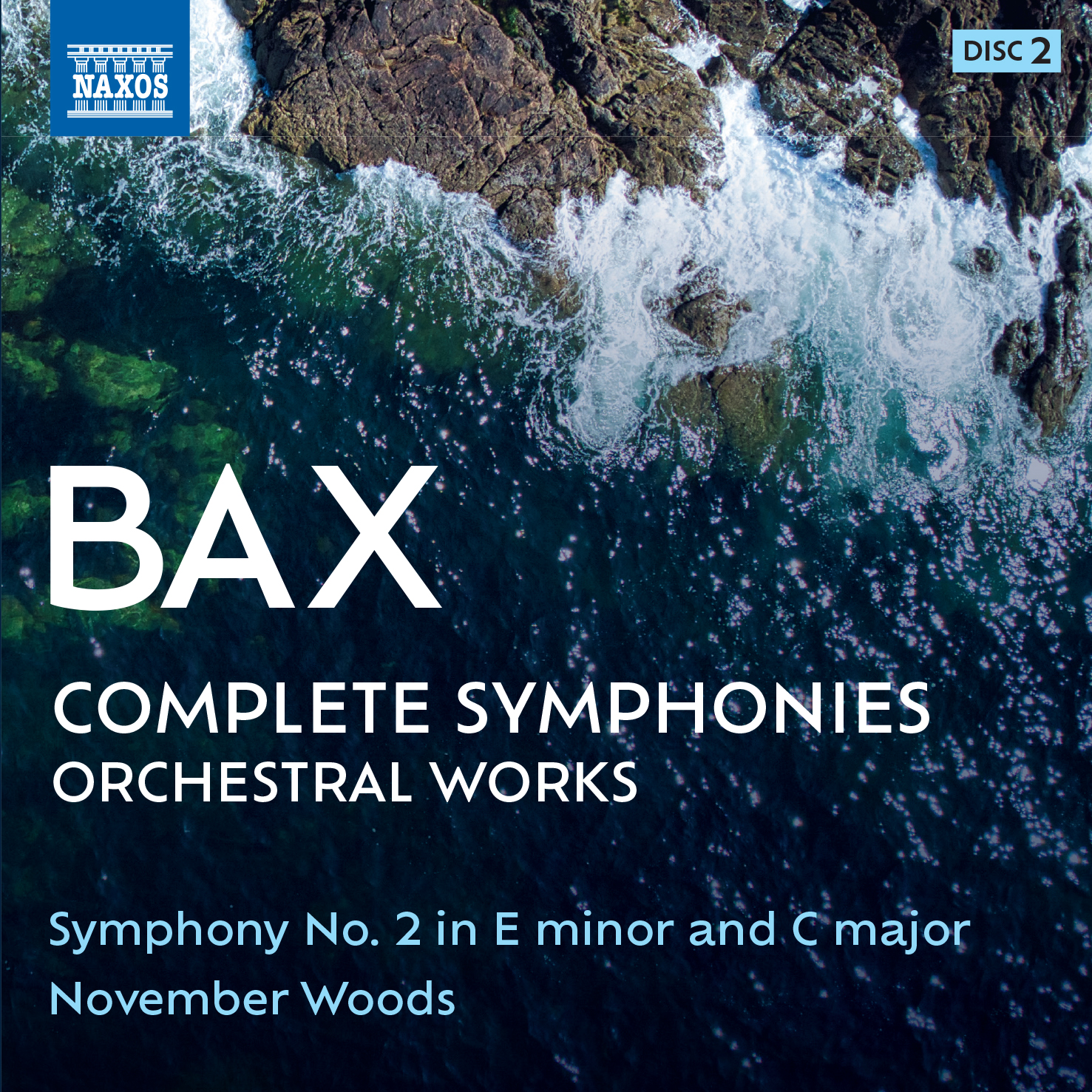 ‘This recording offers top quality in both performance and sonics irrespective of price, and makes the perfect starting point for anyone interested in sampling the work of this lusciously Romantic composer.’
– ClassicsToday.com
DISCOVER 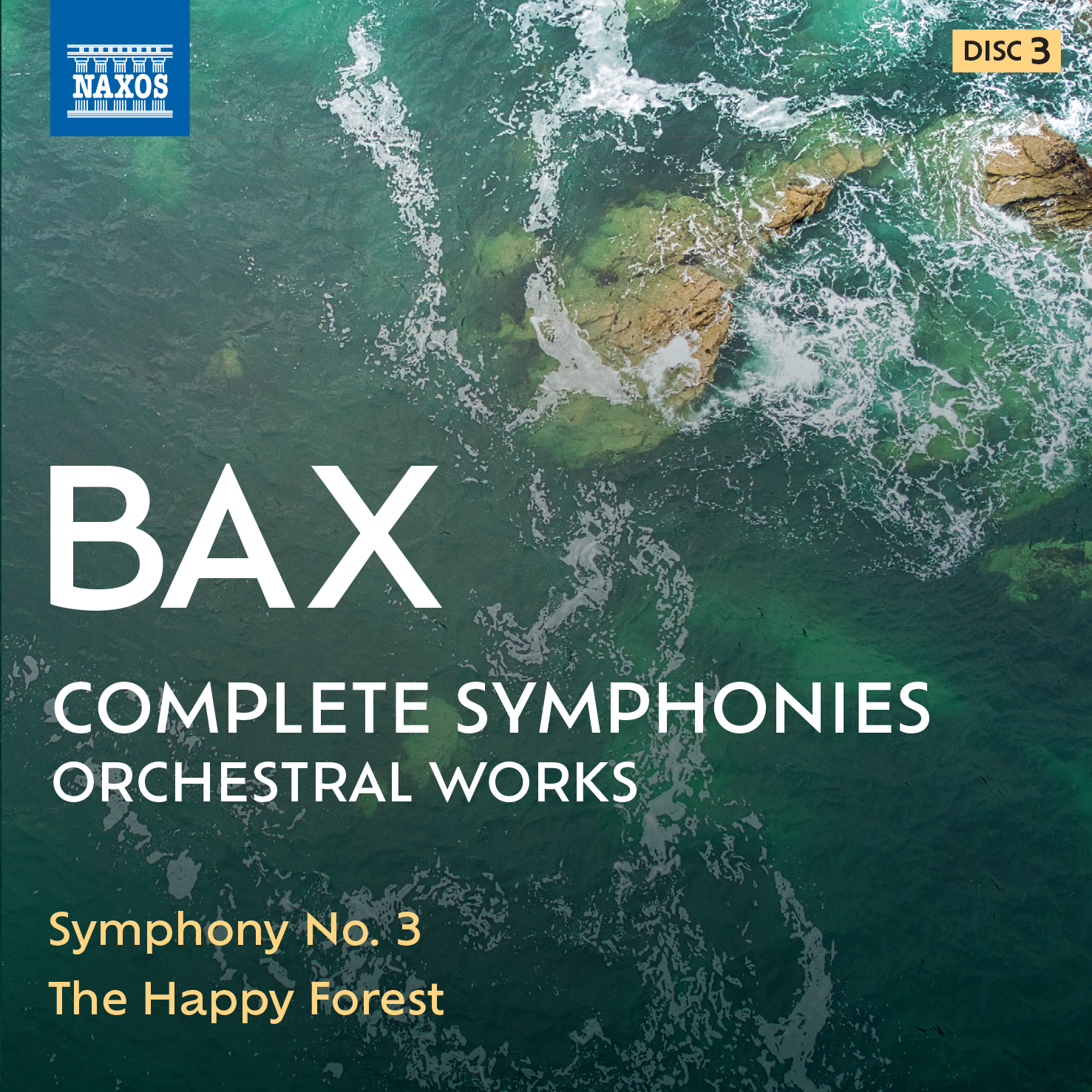 ‘I am mightily impressed by David Lloyd-Jones’s clear-headed, purposeful conducting of this intoxicating repertoire.’
– Gramophone
DISCOVER 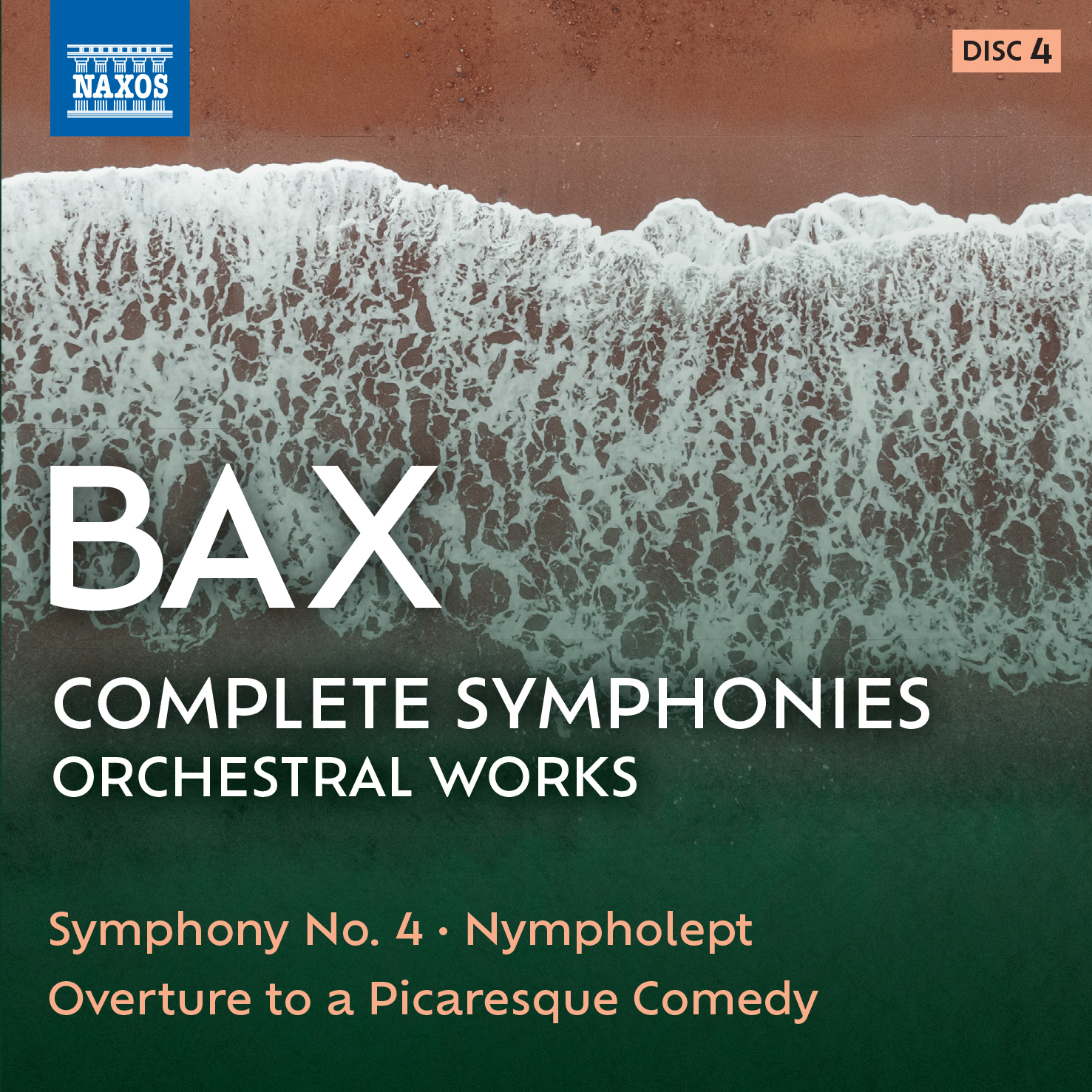 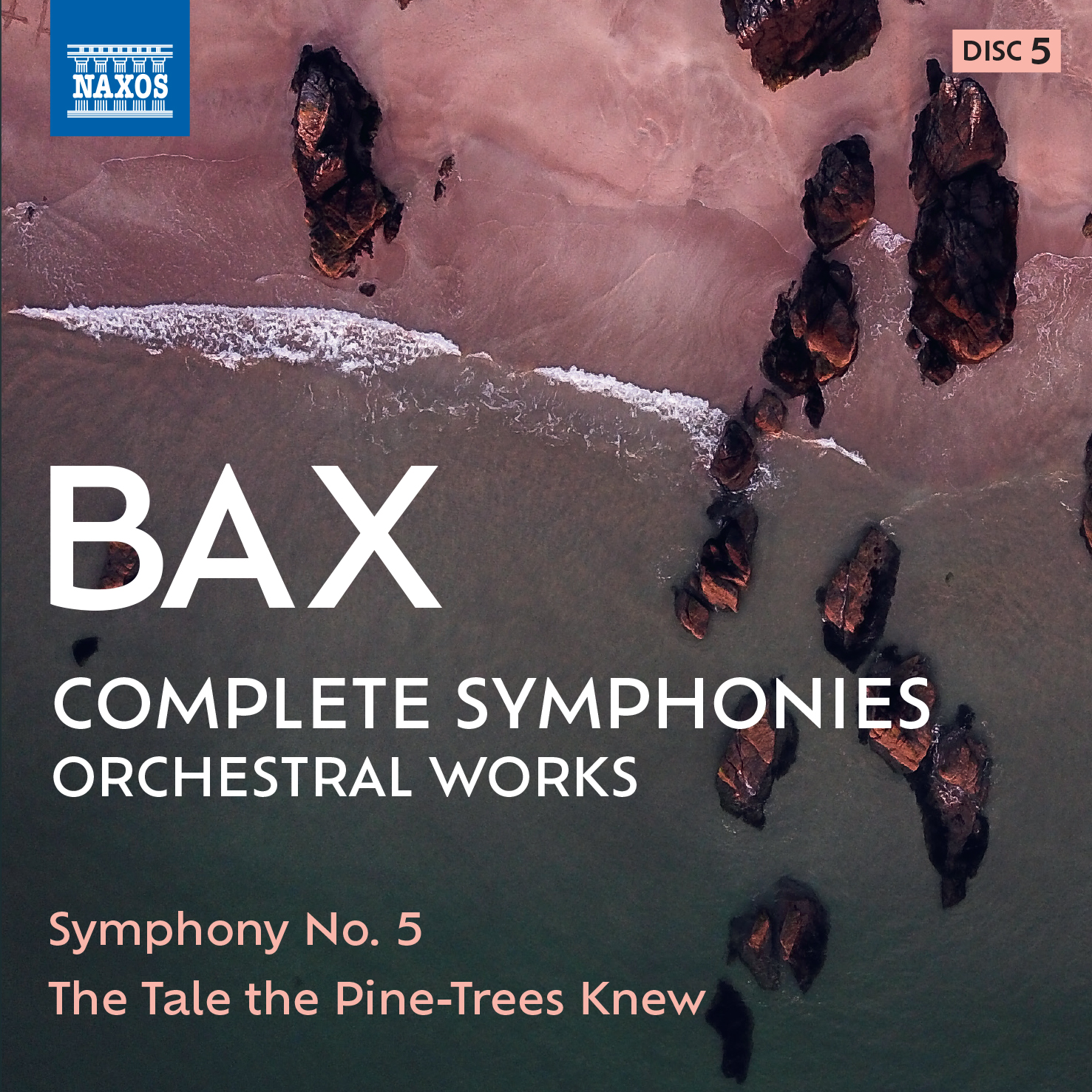 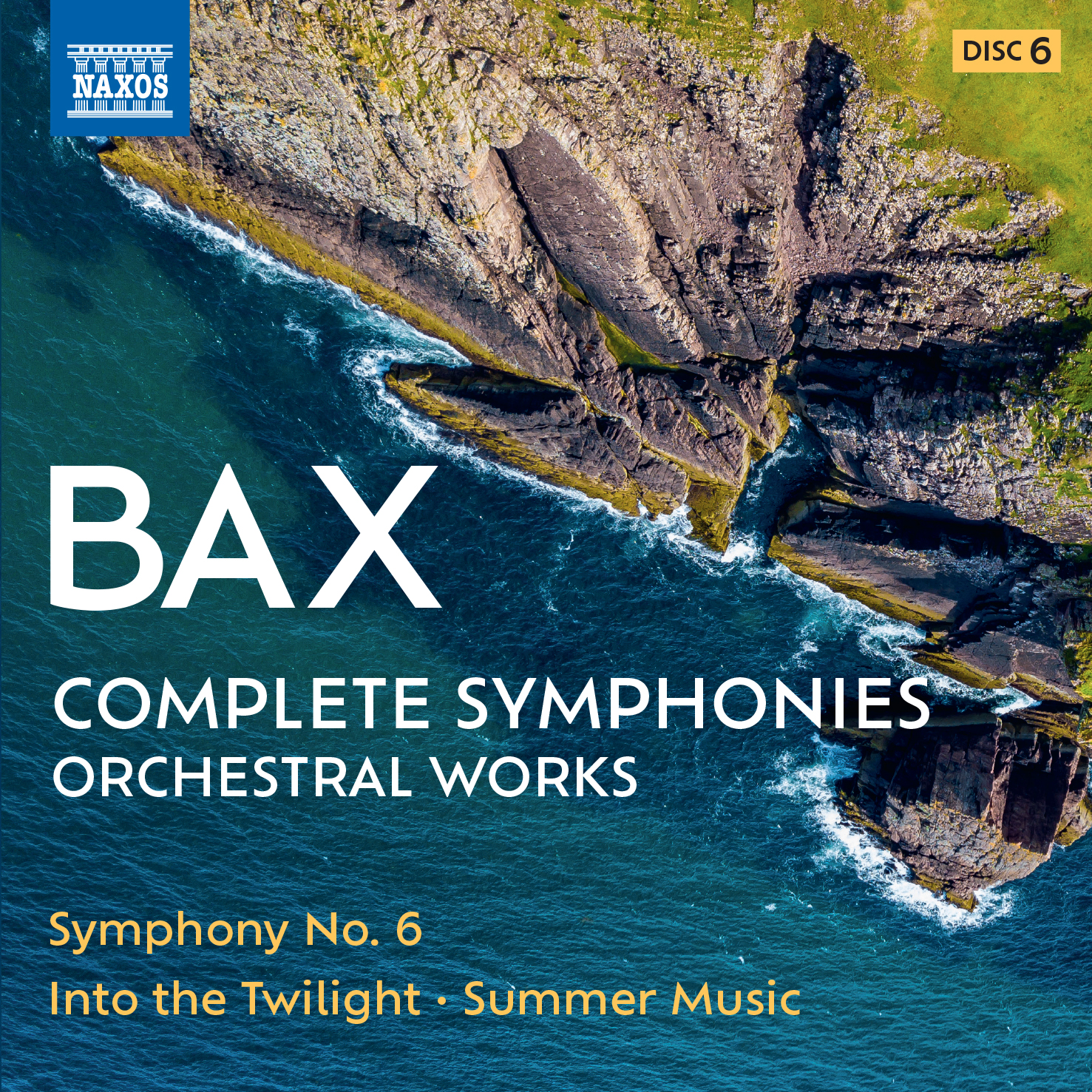 ‘David Lloyd-Jones’s account of the magnificent Sixth has sweep and breadth, and the splendid Naxos recording has plenty of range, detail and presence.’
– Penguin Guide
DISCOVER 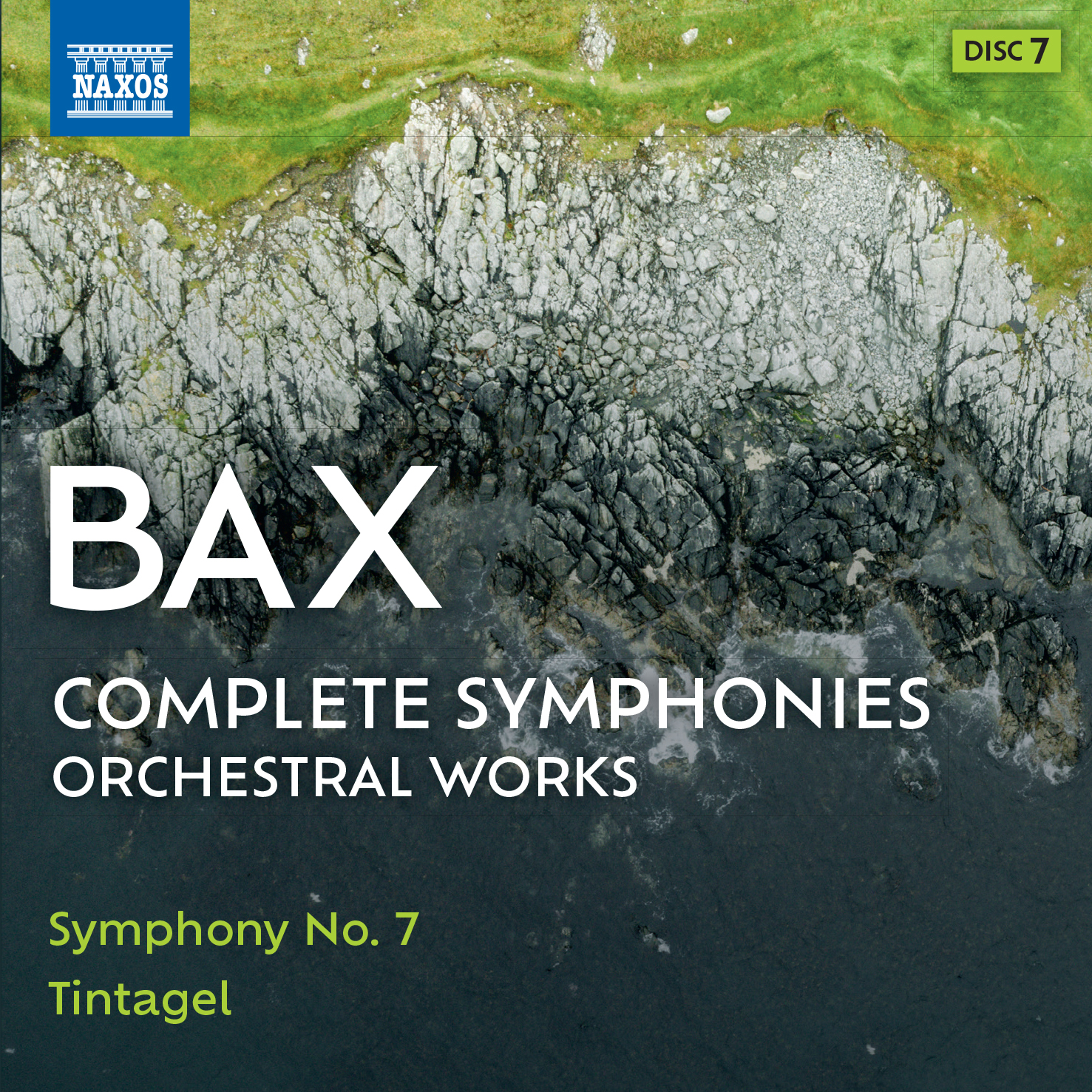 ‘Lloyd-Jones brings incisive and intoxicating energy to Bax’s tone-poem together with some splendid playing from the Royal Scottish National Orchestra.’
– Gramophone
DISCOVER
For the complete list of albums of music by Arnold Bax follow this link.
About the Artists

David Lloyd-Jones began his conducting career in 1959 on the music staff of the Royal Opera House, Covent Garden. In 1972 he was appointed assistant music director at English National Opera, where he conducted an extensive repertory, including the first British stage performance of Prokofiev’s epic War and Peace. In 1978 he founded a new opera company in Leeds with its new orchestra, the English Northern Philharmonia (since renamed The Orchestra of Opera North), of which he became artistic director and principal conductor.

Formed in 1891, the Royal Scottish National Orchestra (RSNO) is one of Europe’s leading symphony orchestras. Many renowned conductors have contributed to its success, including Sir John Barbirolli, Sir Alexander Gibson and Neeme Järvi. Thomas Søndergård has been the orchestra’s music director since 2018. The RSNO performs across Scotland and appears regularly at the Edinburgh International Festival and the BBC Proms in addition to international tours.
Other box sets of English classical music 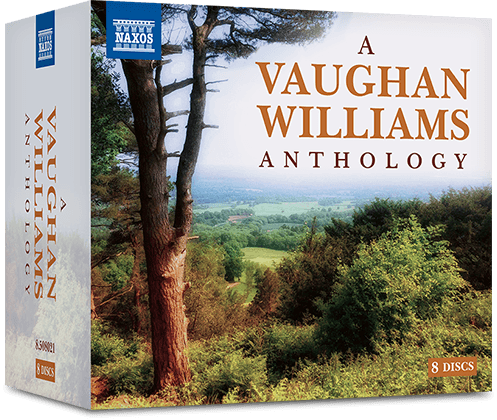 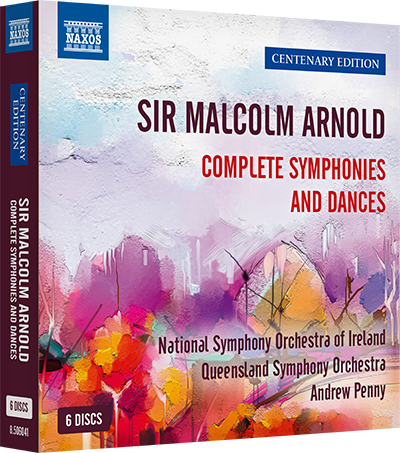 ★★★★★
‘Andrew Penny, who has been entrusted with the complete recording of the Arnold symphonies on the Naxos label, conducts the two works quite briskly, with rather fast tempi, rich in contrast and, despite the immense orchestral apparatus, very transparent. This conducting emphasizes the intensity of the music-making and thus also the expressivity. The technical skills of the very good National Symphony Orchestra of Ireland are fully appreciated.’
– Pizzicato ★★★★
DISCOVER 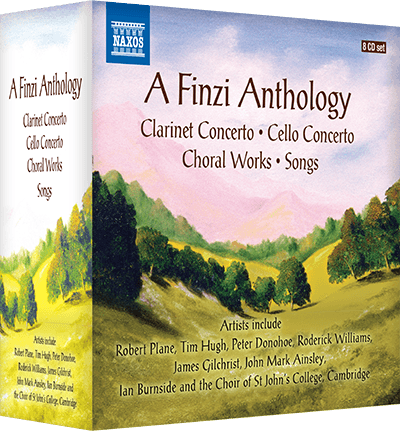 ★★★★★
‘[Finzi’s] music continues to be much admired and celebrated as it embraces a rich variety of moods, from elegiac lyricism, through spiritual reflection, to radiant joy.’
– new-classics.co.uk
DISCOVER 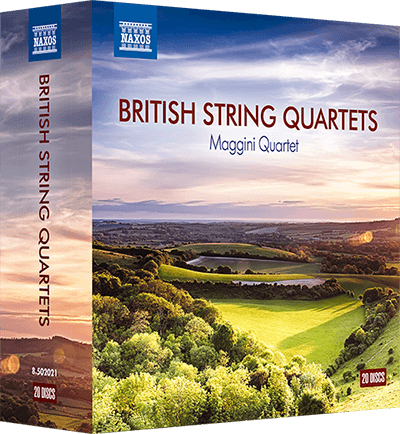 ★★★★★
‘This is a feast of eminently explorable repertoire in performances which were often the first, and are even more frequently the finest, on record.’
– Gramophone
DISCOVER