Other highlights include: British Light Music by Eric Coates conducted by Andrew Penny; the operatic masterpiece Dido and Aeneas by Henry Purcell from Opéra Comique; works for piano and orchestra by Ferdinand Ries; a panoply of world premiere recordings by trumpet soloist Fábio Brum; and DoubleBeats performing virtuosic music for marimba and percussion; and many more. 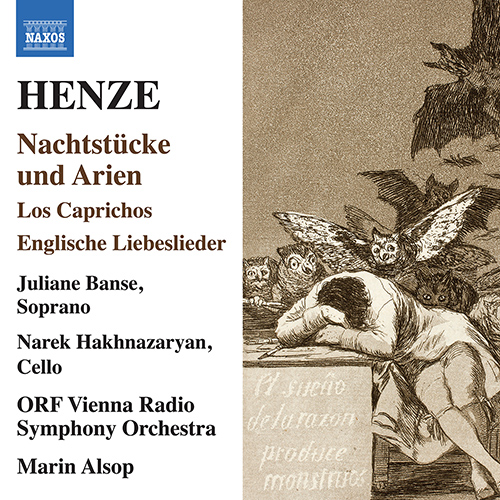 Hans Werner Henze was initially an avant-garde composer but Nachtstücke und Arien symbolised his departure from dodecaphonic writing, to the annoyance of his contemporaries Boulez, Nono and Stockhausen at Darmstadt. With this new direction Henze’s music became highly rhapsodic, as heard in the challenging but lyrical solo cello that suggests the intimate texts of the Englische Liebeslieder. Referring to Goya, Los Caprichos captures the strangeness of this artist’s visions with long-breathed melodic lines and fleeting changes of texture, from military-sounding bustle to moments of profound stillness. 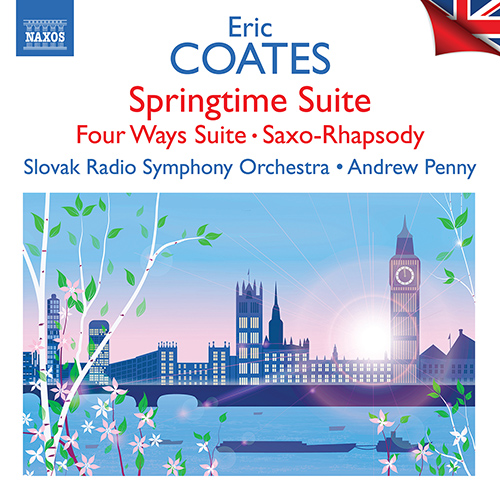 Eric Coates was a master of refined and beautiful melodies, making him a household name during the golden years of British light music in the first half of the 20th century. The Four Ways Suite takes us to all four points of the compass, including exotic China and the jazz rhythms of America, while Springtime evokes both sweeping optimism and soulful memories of a lost age. The virtuoso Saxo-Rhapsody is one of the era’s major saxophone works, and Sleepy Lagoon remains famous as the signature tune to BBC Radio’s Desert Island Discs. High Flight March was to be Coates’ last composition. 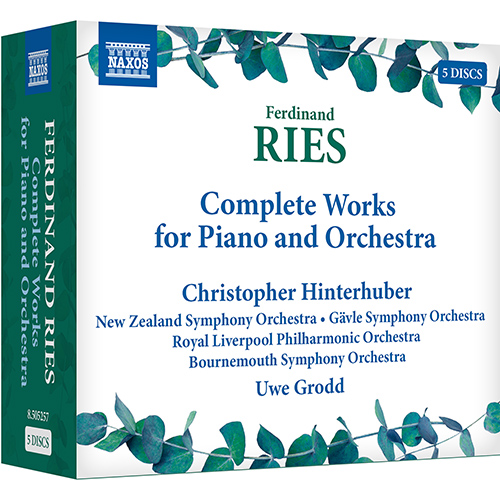 Ferdinand Ries’ works for piano and orchestra stand alongside those of Hummel as the finest and most important of their kind from the early decades of the 19th century. Ries was long remembered as Beethoven’s friend, pupil and secretary, but these recordings reveal the intense lyricism and rugged Beethovenian grandeur of this pianist-composer’s piano concertos. A rich variety of companion pieces renowned for their brilliant juxtapositions of ravishing beauty and exceptional pianistic virtuosity are also included. 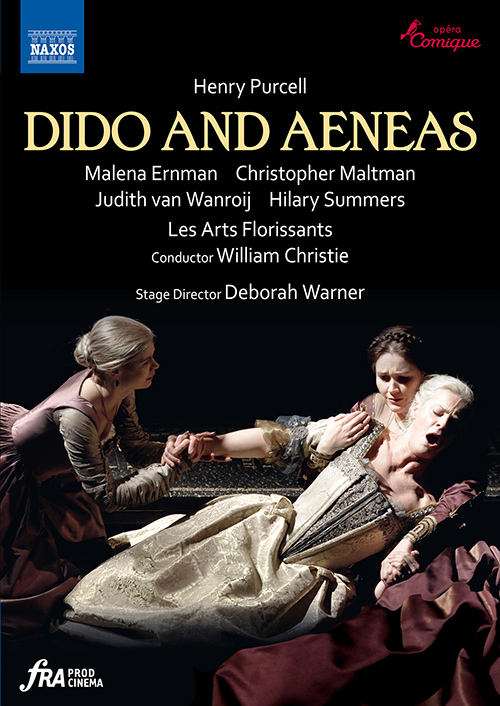 Henry Purcell was a genius whose ability to combine French and Italian influences transported the English language to new levels of expression in music. Dido and Aeneas was pioneering in its day and is considered one of Purcell’s foremost theatrical works, with a moving tale of love, betrayal and tragedy that has proved to be of unceasing appeal to audiences for centuries. Deborah Warner’s brilliant stage direction combines period colour with present-day dynamism, while William Christie’s affection for this opera shines through in an overwhelmingly acclaimed performance filmed in December 2008 at the Opéra Comique in Paris. 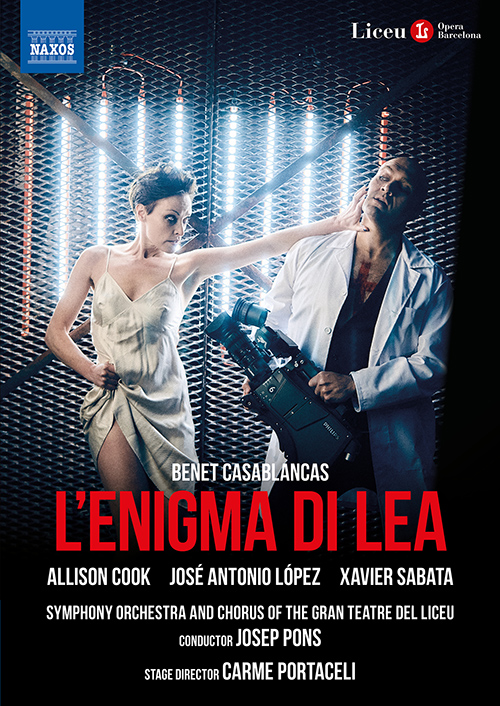 Benet Casablancas is widely acclaimed as one of the leading Spanish composers of his generation, and his first opera, L’enigma di Lea, is the fruit of his close collaboration with award-winning writer Rafael Argullol. Reality and myth intertwine and become one in this story of love, grief and passion, as Lea wanders through time and space, a castaway of existence, and the bearer of immortality and a secret that cannot be revealed. The winner of several awards, L’enigma di Lea was declared ‘a roaring theatrical success… beautifully staged and exquisitely sung’ by Barcelona Metropolitan. 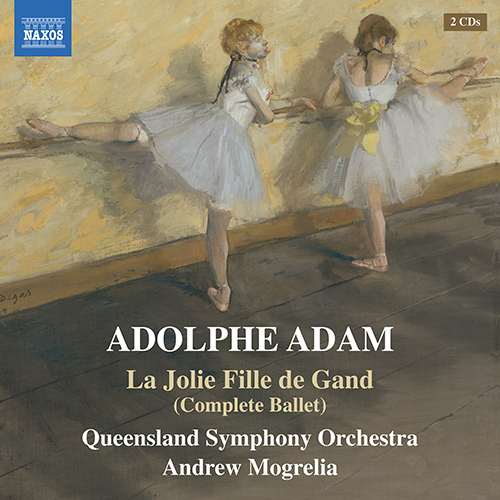 After increasing successes with ballets, melodramas and theatrical works, Adolphe Adam won widespread acclaim with Giselle (highlights can be heard on 8.572924). A year later he wrote La Jolie Fille de Gand, which was received just as enthusiastically by audiences and critics alike. This delightful ballet-pantomime with trademark thematic brilliance is set in Ghent and Venice, its plot one of abduction and romance. Adam’s score, which features the use of cornets and the tuba-like ophicleide, displays a more daring sense of colour than that of Giselle. 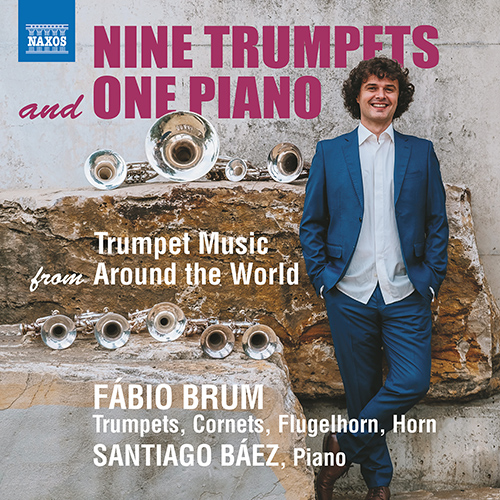 Nine Trumpets and One Piano is an album of works dedicated to leading trumpeter Fábio Brum and written for the classically conceived combination of trumpet or other high brass instruments and piano. The composers are drawn from across the globe, though the majority live in South America, and represent a wide variety of stylistic backgrounds. The music is exciting and vibrant – not least in its dancing, driving rhythms – and exploits neo-Classical traditions as well as minimalism, jazz and folklore, all heard here in world premiere recordings. 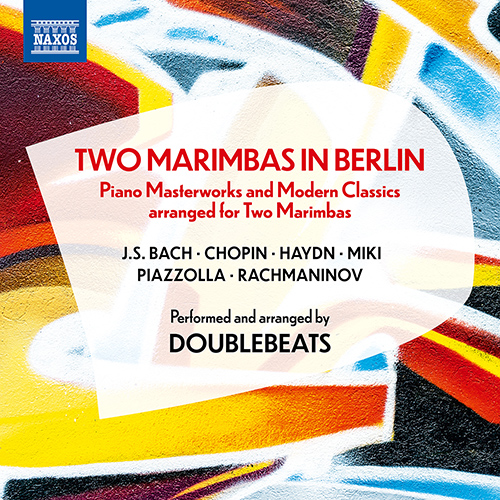 With Two Marimbas in Berlin, award-winning duo DoubleBeats presents world premiere recordings of four pinnacles of the keyboard repertoire and two modern classics in their own remarkable arrangements for marimbas and percussion. Soft, resonant tones and high drama emerge through the duo’s exceptional dexterity and control in works by Chopin and Rachmaninov, as well as in Bach’s iconic Goldberg Variations. Haydn’s lighthearted Variations contrast with the thrills of Piazzolla’s Histoire du Tango, and the album finishes with Minoru Miki’s poignant Marimba Spiritual. 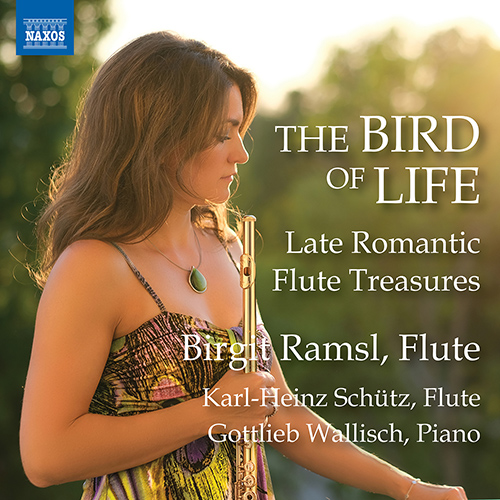 During the last decade of the 19th century a generation of Central European composers emerged that was to exert a powerful influence on the current of contemporary music. Yet, for the most part, their works for flute remain little known and a number of pieces included in this album are world premieres. Kornauth, Weigl, Mittler and Petyrek were tied to Vienna’s cultural milieu, while others such as Harsányi, Mihalovici and Martinů gravitated to Paris. Prague-born Karel Jirák’s Sonata for Flute and Piano, Op. 32 is without doubt an important addition to the recorded catalogue of flute music. The third of Jean-Marie Leclair’s four books of violin sonatas displays the qualities of exquisite Italianate lyricism and French dance idioms that made the earlier works such a stylistic triumph. However, the composer’s pervasive use of variation form in this book offers a new element, and the technical demands increase through continuous multiple-stopping, intricate figuration and the inclusion of rustic drones. Violinist Adrian Butterfield, who has been described by Gramophone ‘as technically and musically a marvel’ (Naxos 8.572866 / Violin Sonatas, Book 3, Nos. 1–5 and 8), is a leading exponent of Leclair’s music. 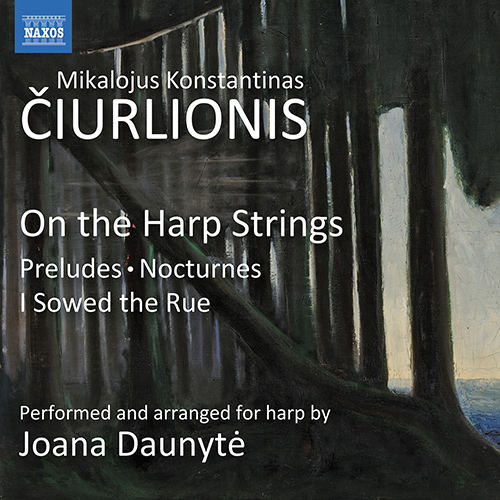 Mikalojus Konstantinas Čiurlionis was Lithuania’s leading composer at the turn of the 20th century as well as an internationally admired artist. The piano scores from which these pieces are transcribed are Romantic in expression, influenced by the beauty of his country’s landscape and its folklore. With this selection of works, Joana Daunytė has expanded the repertoire of Lithuanian harp works, presenting a new perspective on the music’s national flavour. 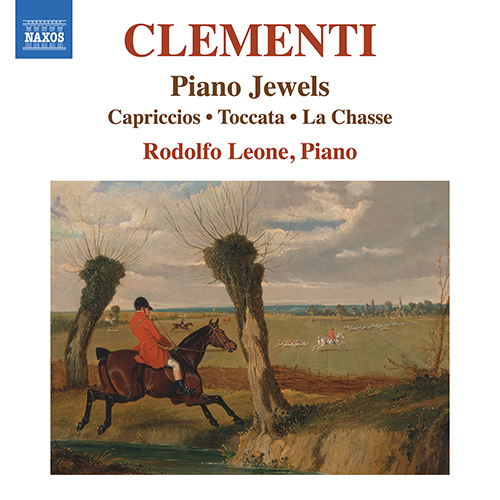 Clementi’s influence on pianists has proved enduring, whether through his compositions, books of instruction, or the introduction of new levels of virtuosity on the pianoforte. This album explores a selection of works that have never been recorded, reflecting the variety of his imagination and invention. Mozart heard Clementi perform his Toccata in B flat major and grudgingly admired the Italian’s technical prowess. The Capriccios trace a quarter century of development – the earlier pieces exude cantabile warmth and bravura, while those published in 1821 belong to the new world of Beethoven. 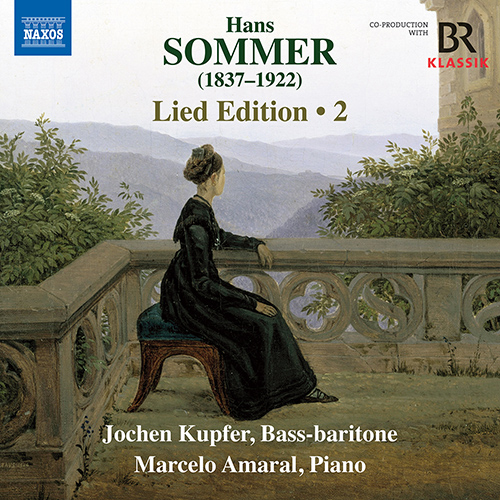 Hans Sommer’s career initially involved science and mathematics, but his affinity for music was apparent from an early age. He became associated with Wagner and Liszt, achieving respect as a theatre composer and gaining widespread popularity with his songs. The Lieder on this album present the composer at the peak of his abilities, with the independence of the piano part often emerging as the real narrator of the musical storyline. This second volume of the Lied Edition features mostly world premiere recordings and is a testament to the quality, exuberance and refinement of Sommer’s output. 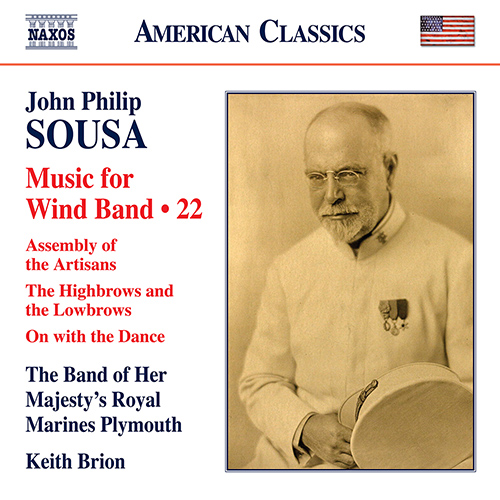 8.559880
DISCOVER
John Philip SOUSA (1854–1932)
Music for Wind Band, Vol. 22
Assembly of the Artisans • The Highbrows and the Lowbrows • On with the Dance
The Band of Her Majesty’s Royal Marines Plymouth • Keith Brion

John Philip Sousa was renowned as “The March King”, expressing the brash energy of an emerging United States of America in famous pieces such as The Stars and Stripes Forever! Sousa’s prolific inventiveness also saw the creation of some 28 highly entertaining Fantasies that often combined original music with arrangements of Western European works. The commemorative Assembly of the Artisans mixes light-hearted tunes with more serious hymn-like music, finishing with the “Anvil Chorus” from Verdi’s Il trovatore, while The Messiah of Nations sets a patriotic text by James Whitcomb Riley. On with the Dance is a potpourri that includes music by Meyerbeer, and Music of the Minute combines waltzes by Sousa and Jerome Kern. 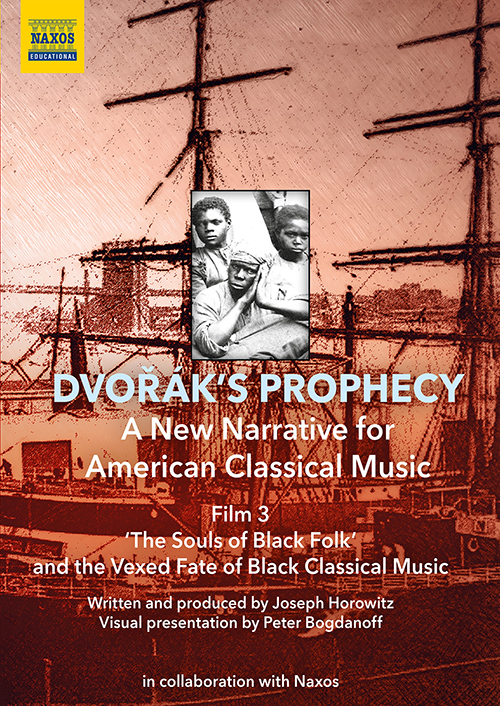 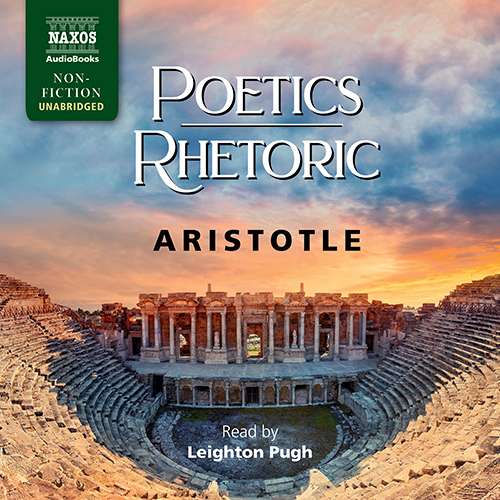 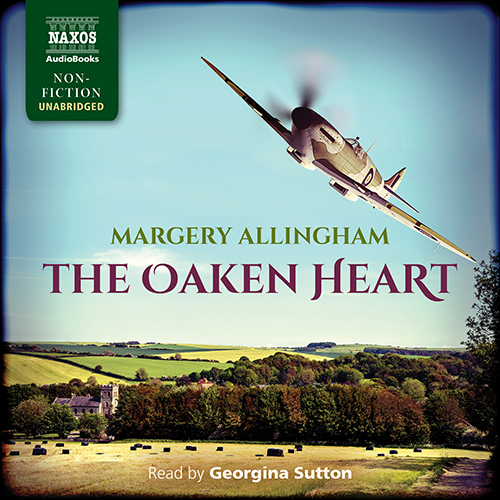