The May NEW ON NAXOS features the latest in our critically acclaimed ‘Music of Brazil’ series: the second volume of Camargo Guarnieri’s Choros, performed by a quartet of exceptional soloists with the São Paulo Symphony Orchestra conducted by Roberto Tibiriçá. Other highlights include the 2015 Teatro La Fenice production of Bellini’s I Capuleti e i Montecchi, Saint-Georges’ Six Concertante Quartets performed by the Arabella String Quartet, and the launch of the new series Great Composers in Words and Music, and many more. 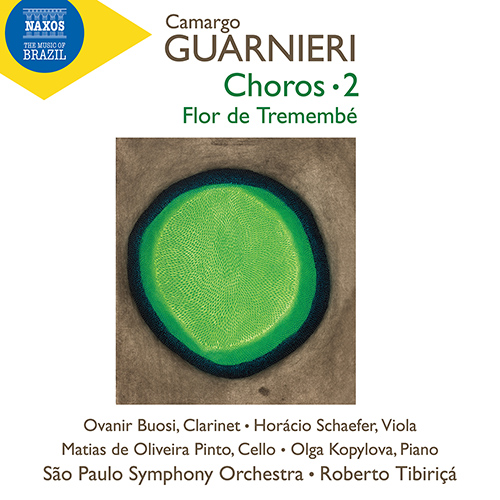 In his Choros, Guarnieri wrote music that conjures up the landscape and essence of Brazil. These very personal concertos reveal the composer’s refined instrumental combinations and elegant contrapuntal writing, while their dance rhythms are vivacious, drawing on the baião, maracatu and embolada. The Choros in this second volume represent all stages of Guarnieri’s compositional development. Also included is the delightful and inventive Flor de Tremembé, an early work with choro-like features. The first volume is available on 8.574197. 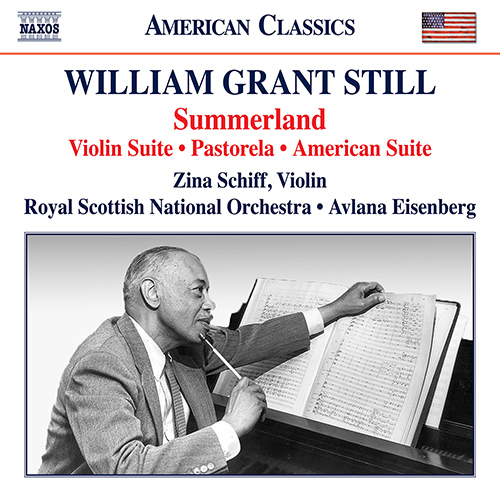 William Grant Still, the “Dean of Afro-American Composers,” was part of the Harlem Renaissance and wrote nearly 200 works including nine operas and five symphonies. Still’s many awards included three Guggenheim Fellowships and eight honorary doctorates. His work combines Classical forms with jazz and blues idioms and was inspired by the rich tradition of African American spirituals. Still hoped that his music would serve a larger purpose of interracial understanding, and this joyous, moving and hauntingly beautiful program – featuring all world premiere recordings – is infused with Still’s love of God, country, heritage, and even his mischievous dog Shep. 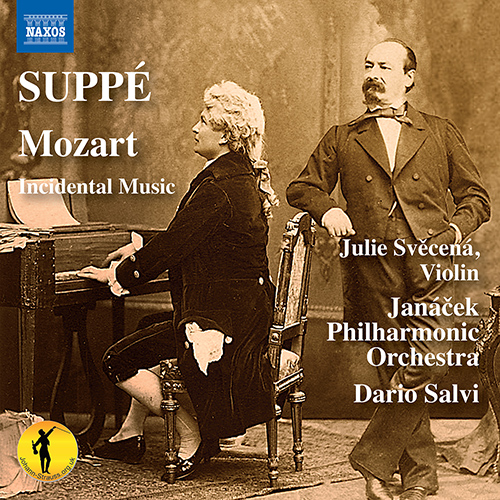 Universally famous for his glorious overtures Light Cavalry and Poet and Peasant (Naxos 8.553935), Franz von Suppé was one of the greatest exponents of the golden Age of Viennese Operetta. But he was also a master of incidental music for popular plays, one of which is Mozart – an example of Künstler-Lebensbild (‘life portrait of an artist’). Suppé’s music subtly accompanies the stage action as the story of the composition of Mozart’s music unfolds, offering a potpourri of Mozart’s works served up with Suppé’s trademark flair. Die Afrikareise presents a piquant and brilliant travelogue. 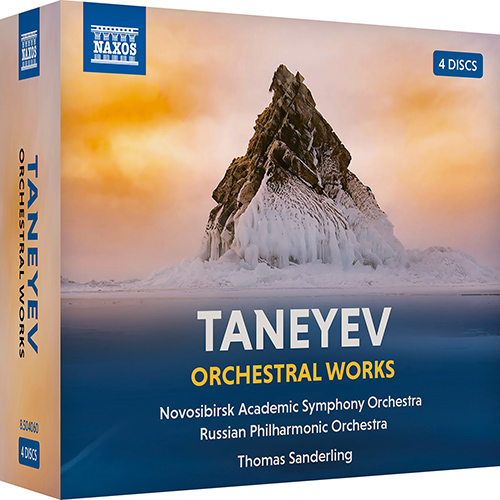 Sergey Taneyev was a monumental figure of late 19th-century Russian music. He was a student of Rubinstein and Tchaikovsky, and became teacher to Rachmaninov and Scriabin. Thomas Sanderling’s acclaimed recordings of Taneyev’s symphonies trace a development from the early influence of Brahms to a large-scale masterpiece in the final Fourth Symphony. This collection includes the mammoth overture Oresteia which has all the force of a Romantic symphonic poem, and the sublime cantata John of Damascus in which ancient sacred chant is woven into rich passages of expressive counterpoint. 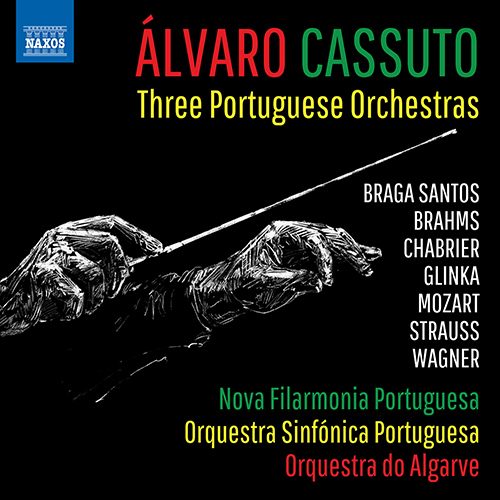 Álvaro Cassuto’s importance to Portuguese cultural life over the last half-century is immense. A significant composer as well as conductor (his music can be heard on Naxos 8.573266), he had already won the Koussevitzky Prize at Tanglewood when he was appointed deputy music director of the Lisbon Radio Orchestra in 1970. This album focuses on the three orchestras he established in later years, all of which set new levels of musical excellence in Portugal. The performances show how, across a variety of repertoire, he revolutionised orchestral standards of music-making in his country and how he personally spearheaded the revival of the music of Joly Braga Santos. 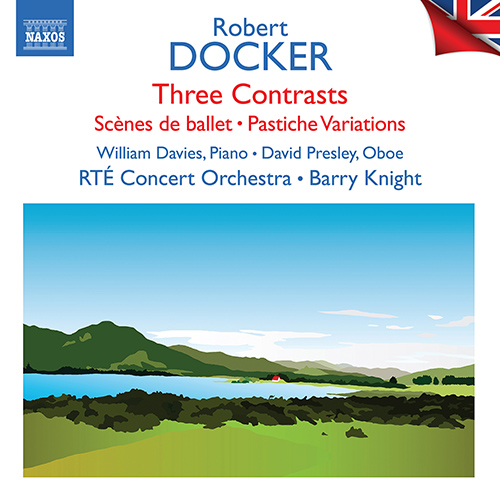 Robert Docker was one of the giants of light music – a composer and arranger whose works graced stage, screen, radio and television. Two of his best pieces were written for piano and orchestra: Legend, which can rank alongside Addinsell’s Warsaw Concerto (Naxos 8.554323); and the brilliantly witty inventions of the Pastiche Variations. Not only was Docker a distinguished orchestrator, he was also a rich melodist as his classic Scène du bal illustrates, while the composer’s impish humour can be savoured in Tabarinage. Docker’s early training as a classical violist fully equipped him to explore the British pastoral tradition in the languid and beautiful Air. 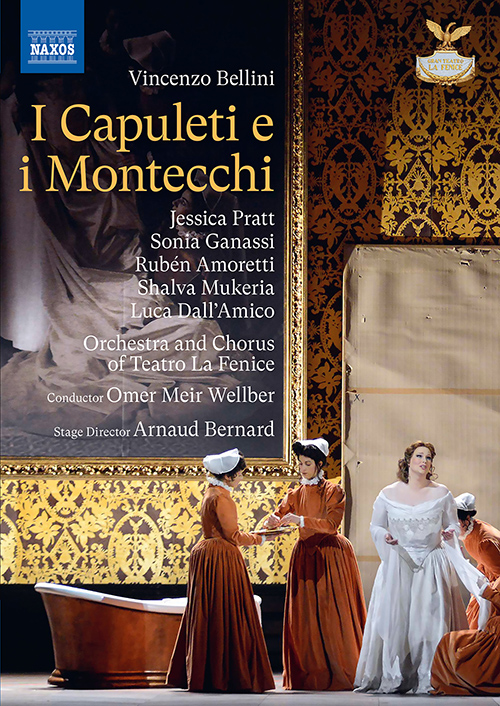 Vincenzo Bellini’s first great operatic success I Capuleti e i Montecchi is based on an Italian version of Romeo and Juliet in which the feuding clans seek reconciliation through the wedding of Giulietta and Tebaldo. Giulietta’s lover, Romeo, begs her to elope with him, but fate has other plans for the couple. Topped with the ‘agile coloratura runs and lyrical grace’ (The New York Times) of soprano Jessica Pratt, this acclaimed production takes place in the historical and beautifully atmospheric Teatro La Fenice, the same venue in which I Capuleti e i Montecchi had its triumphant premiere in 1830. 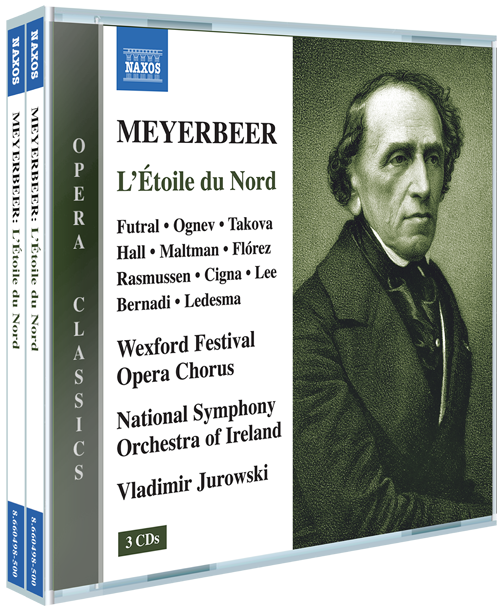 After composing a spectacular series of grand operas for the Paris Opéra, Meyerbeer turned to two comic operas with spoken dialogue. One of these was L’Étoile du Nord (‘The North Star’) which is strictly an opéra de demi-caractère, containing both comic and serious elements. This fusion was one of Meyerbeer’s most important contributions to the development of grand opera. The plot is a peculiar mixture of village wooing and military life, with music that is full of colour, featuring superb choruses and exceptional orchestration. This 1996 Wexford Festival Opera production features a dazzling young cast under the direction of Vladimir Jurowski. 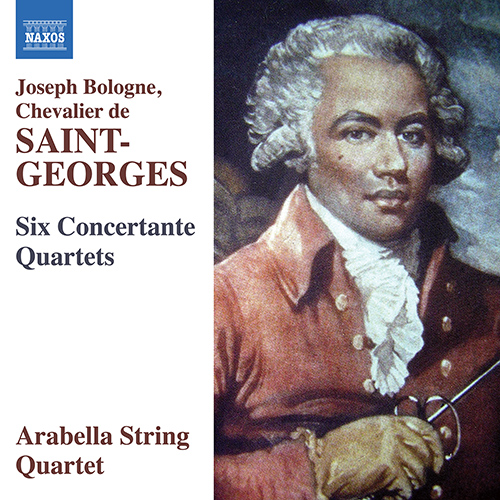 A brilliant swordsman, athlete, violin virtuoso and composer, Joseph Bologne, Chevalier de Saint-Georges might well lay claim to being the most talented figure in an age of remarkable individuals. The string quartet was still in its infancy in France in the 1770s, but while these pieces are small in scale they are exceptionally rewarding. Saint-Georges appreciated the intimate nature of this genre, avoiding overt soloistic virtuosity and exploring chamber music timbres, amply demonstrating his rich lyrical gifts and a natural ability to delight performers and audiences alike.

The sheet music of Saint-Georges’ Six Concertante Quartets is available on Artaria Editions. 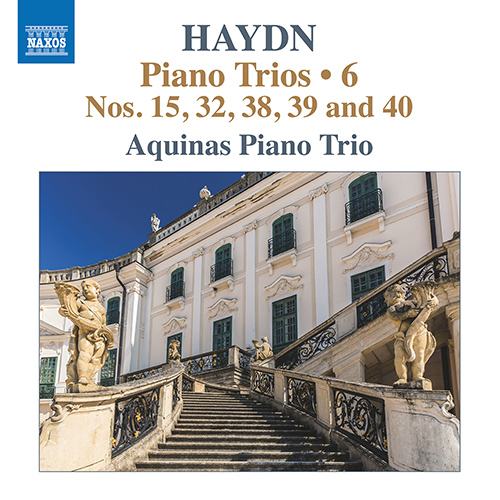 Haydn’s 30 Piano Trios were written at a time when the harpsichord was being replaced by the pianoforte and when a parallel change saw the emergence of sonata-allegro form. His earliest trios, such as the Trio in F major, Hob.XV:40, were also known as Divertimentos or Partitas, whilst the Trio in G major, Hob. XV:15, was part of a group that offers the performer the alternative scoring of flute over the more usual violin. They reflect the airy and nimble qualities that grace all of Haydn’s works in the genre. 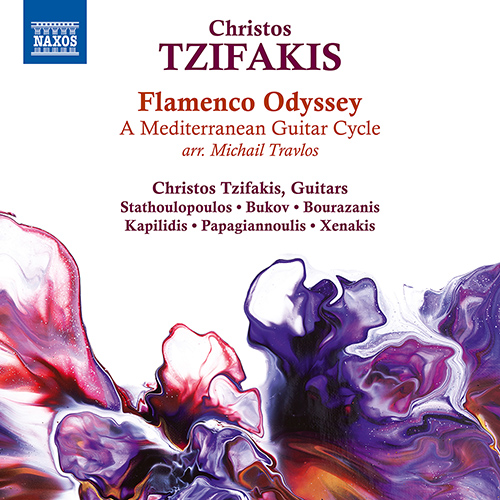 Athens-born Christos Tzifakis has performed internationally as a solo classical guitarist and composed widely for solo guitar, flamenco-jazz groups and for the theatre. Flamenco Odyssey is one of his major works in which he allows the listener to experience flamenco from the vantage point of a traveller immersed in the timbres and flavours of both Eastern and Western cultures. The rhythms of the bulería, soleá and fandango offer intoxication as do improvisations on ancient Cretan songs. There are also darker, more melancholic impulses, while the festive nature of this wide-ranging and exhilarating work draws on blues-rock influences. 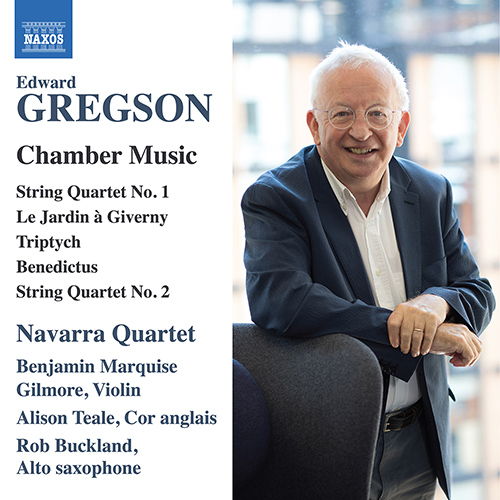 Edward Gregson is a composer of international standing whose music has been performed, broadcast, and commercially recorded worldwide. Gregson is renowned for his concertos and music for band, but his chamber music reveals a more enquiring voice. In recent years these works have been enriched with greater expressive and emotional depth, ranging here from youthful impressionism to the fearsome virtuosity of Triptych, a competition test piece. Gregson’s First String Quartet was acclaimed by one critic as ‘an extraordinary work, both gritty and serene’, while the evocative colours of the Second are framed by the gentle lilt of a Siciliana. 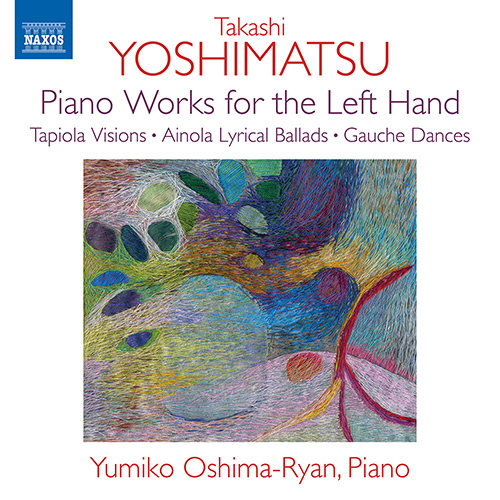 Takashi Yoshimatsu’s wide-ranging musical influences often combine jazz and rock elements with classical, folk and world music. This album focuses on a unique series of three solo piano works for the left hand, inspired by his great friend Izumi Tateno. These lyric and beautiful miniatures are saturated in nature and birdsong, as can be heard in the evocative Tapiola Visions and in the seven bouquets that form Ainola Lyrical Ballads which are dedicated to Sibelius. In Gauche Dances, we hear a sequence that includes the tango and boogie woogie, displaying how eagerly and ebulliently Yoshimatsu breaks boundaries. 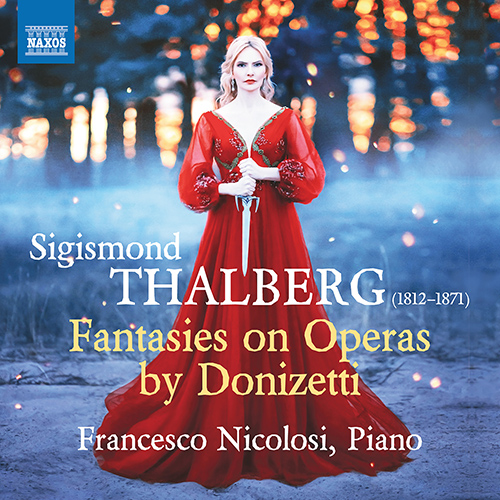 Sigismond Thalberg was one of the most distinguished pianists of his time, embarking on a solo career in the 1830s and touring as far as the Americas. Thalberg was considered a rival to Liszt though their supposed animosity was largely a journalistic invention. The creation of transcriptions of popular operatic melodies and their transformation into virtuoso concert pieces was hugely fashionable, but Thalberg’s treatments were also admired by Schumann for their Classical transparency, and for stylish technical innovations that saw him imitated throughout Europe. These fantasies on themes by Donizetti are full of the lyrical charm and drama of the original operas, combined with pianistic fireworks that delighted audiences worldwide. 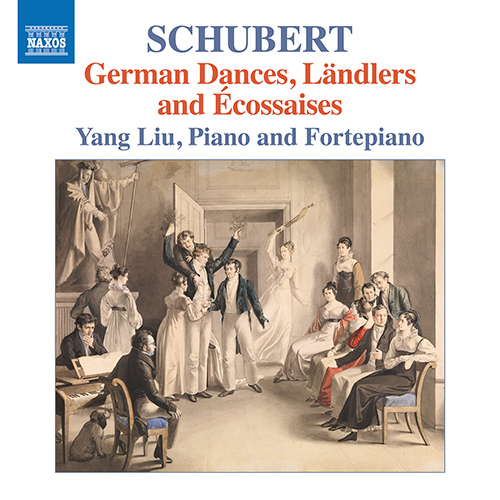 Schubert was known in his time primarily as a composer of songs, but he was also a master of the dance form and wrote prolifically for a middle-class society eager for domestic entertainment. He loved Ländler (triple time country dances), the Écossaises (supposedly Scottish), and the rich variety of genial German dances. Viennese pianos of the day produced a sound that was clear and transparent, very different from modern instruments, and in this recording Yang Liu plays on a Steinway grand and a copy of a mid-1820s fortepiano by Conrad Graf, a maker well known to Schubert. 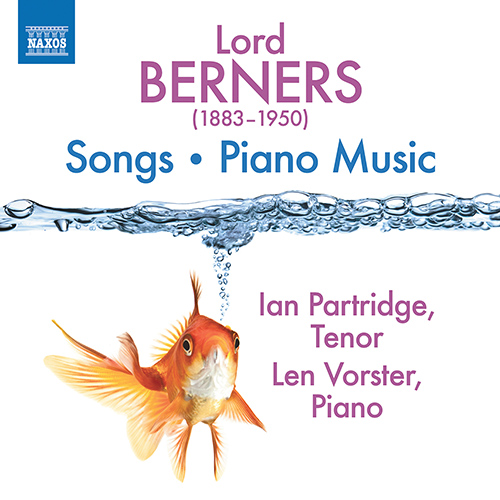 Lord Berners was essentially self-taught as a composer, profiting from experiences gained while travelling in Europe, and receiving advice and encouragement from Stravinsky. A tone of wit and humour is established in his masterful settings of Heine in the Lieder Album, and his subtle touch with the French language is well represented in the Trois Chansons. The Fragments psychologiques is a piano cycle that is both virtuosic and expressive. From mock parlour-song parodies to a poem about a dejected goldfish, Lord Berners’ keen sense of observation and ironic view on life is here in abundance.

BACK TO TOP
Great Composers in Words and Music

Great Composers in Words and Music is a new series that consists of mini-biographies that are read by acclaimed actors and narrators and illustrated with musical excerpts. The biographies are full of fascinating detail and anecdote, and have been written in a highly approachable style by Davinia Caddy. 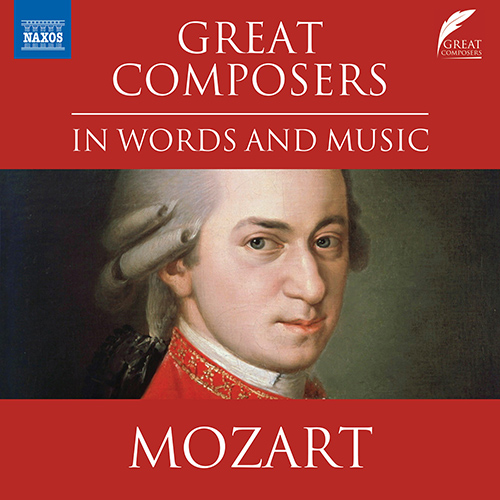 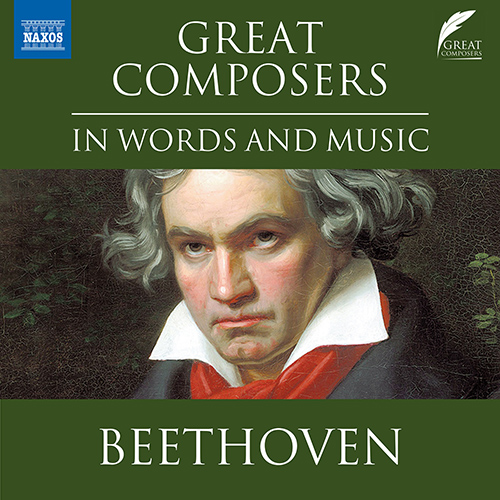 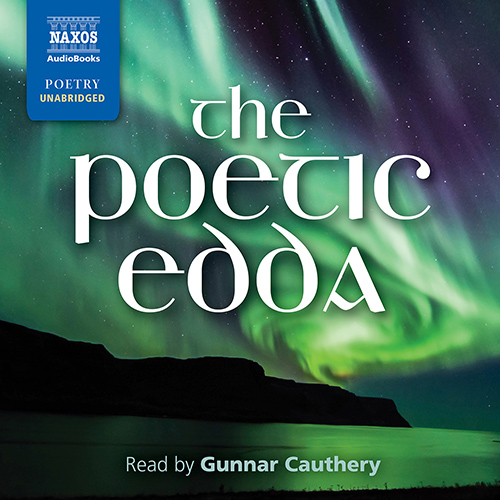 DISCOVER
BACK TO TOP