“Peter & the Wolf” – released on DVD by Arthaus Musik – was awarded an OSCAR® for “Best animated short film”. It is the first time that a film released on Arthaus Musik has won an OSCAR®. Director Suzie Templeton and producer Hugh Welchman from BreakThru Films accepted the prestigious award at the Kodak Theatre in Los Angeles.

This much-loved tale has resonated deeply with children for over five generations, enchanted by its power and sense of humour. This fantastical new version by award-winning director Suzie Templeton, specially made to be screened theatrically in concert halls worldwide accompanied by live orchestras as well as to be seen internationally both on TV and DVD, is set to delight a whole new audience. BreakThru Films’ innovative animated film version of Prokofiev’s classic work, set to a new recording by the world-renowned Philharmonia Orchestra, was produced at the Se-ma-for Studios in Poland using stop-frame model animation (well known from such favourites as “Wallace and Gromit”) as well as state-of-the-art digital technology.

Besides winning this year‘s OSCAR®, “Peter & the Wolf” has received various awards such as the ROSE D‘OR for the category “Performing Arts” in 2007 as well as the Cristal d’Annecy for “Best short film”. 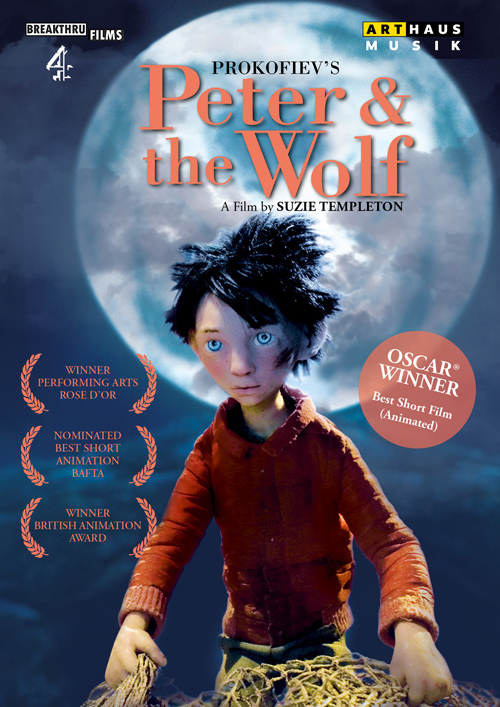