I’ve always found it intriguing how a quality composition is seemingly indestructible when it’s pressed into new clothes by skilled arrangers. (Whingers, by the way, is simply an anagram of Gershwin to reflect that notion). My first taste of the industry as a youngster was on hearing the Swingle Singers elevate J. S. Bach’s instrumental music into the bubbly dimension of vocal jazz. I’ve since decided that Bach’s works would defy destruction even if they were transferred to a consort of kazoos and vuvuzelas.

You probably know how the Bible warns about the dangers of putting new wine in old bottles. But how about the reverse? I hope you’ll enjoy the aural bouquet of the new formats containing old favourites I’ve chosen for this blog. As for which composers to select, I’m drawing on the occasion of the first performance of Gershwin’s Rhapsody in Blue. Although it’s such a well-known, popular item nowadays, it was an intriguing novelty at its premiere; the first manifestation of a jazz-inspired concert piece for piano.  The work was requested by the popular New York cabaret bandsman and impresario Paul Whiteman, who wanted a snappy showpiece for a concert at Broadway’s Aeolian Hall on 12 February, 1924; Gershwin himself was at the piano for the premiere. 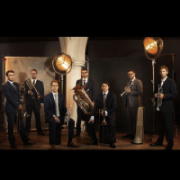 The roster of famous musicians attending that concert with anticipation and curiosity paid a huge compliment to Gershwin with their presence: composers Sergey Rachmaninov, Igor Stravinsky and John Philip Sousa; violinists Fritz Kreisler, Jascha Heifetz and Mischa Elman; and conductors Leopold Stokowski and Willem Mengelberg—a gallery par excellence! My selection of arrangements, therefore, will be based on original works by some of those stars, or their arrangements of other people’s compositions.

First up, however, is an arrangement of a Gershwin favourite by Septura, a brilliant brass septet with several recordings of transcriptions in the Naxos catalogue. Here’s the first part of their arrangement of Gershwin’s orchestral work An American in Paris. 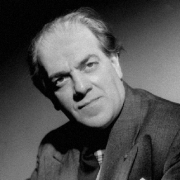 Now to a bit of craftsmanship by the Brazilian composer Heitor Villa-Lobos (1887-1959). Choral music holds a central position in his vast output and a rather remarkable place is occupied by a set of comparatively unknown transcriptions he made for a cappella choir, with the originals taken from the standard classical music repertoire. Written and premiered in Rio de Janeiro between 1933 and 1935, they were originally intended for the choir of the Orfeão dos Professores (Teachers’ Chorus), for whom Villa-Lobos would later compose an impressive set of often virtuosic folk song arrangements, and whose activities spread over two decades, in concert halls, schools and public places. Here’s Villa-Lobos’ transcription of Rachmaninov’s Prelude in C sharp minor for piano, Op. 3, No. 2 (lowered to C minor for those with perfect pitch!). 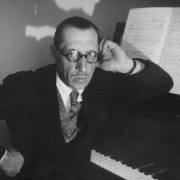 Some ten years before attending the Rhapsody in Blue premiere mentioned earlier, Stravinsky had witnessed the first performance of his ballet The Rite of Spring, in 1913. His avant-garde, rhythmically complex, explosive score met with an equally violent reaction from the audience, which is well documented. Nonetheless, Stravinsky went on to make an arrangement of that score for piano duet, transferring the burden of performance from more than a hundred players to just twenty fingers and thumbs. 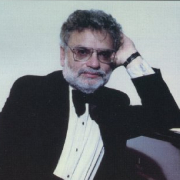 With Stravinsky’s approval, the Russian pianist Vladimir Leyetchkiss (1934–2016) took it a step further and produced a notoriously difficult rearrangement of Stravinsky’s piano duet version, this time for a mere ten digits in a piano solo. Here’s the final section of Leyetchkiss’ arrangement, in which a chosen girl, who is involved in pagan, euphoric ritualistic dancing is handed over to the scenario’s wise elders and sacrifices herself in a delirious, holy dance. 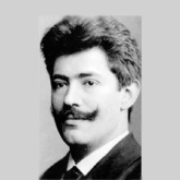 We move to more relaxed tones now from the pen of Fritz Kreisler (1875-1962) who was one of the most distinguished violinists of his time and a leading virtuoso on the instrument. As a composer he provided himself with a series of brief encore pieces, well suited to the then requirements of the recording studio. They took the form of arrangements and transcriptions as well as a more controversial series of pieces attributed to composers of the past but which were actually by Kreisler himself. These too have become a standard part of the violin repertoire. We’ll hear Kreisler’s arrangement for violin and piano of the Mélodie in G-flat major, originally written for piano solo by the Polish pianist and composer Jan Paderewski (1860–1941). 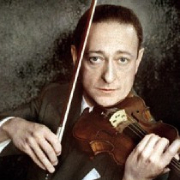 Jascha Heifetz, the other distinguished violinist attending the Rhapsody in Blue premiere, made his London debut in 1920 at the Queen’s Hall. The performance was attended by George Bernard Shaw (1856-1950) the Irish playwright, critic, polemicist and political activist. Shaw subsequently wrote to Heifetz:

“Your recital has filled me and my wife with anxiety. If you provoke a jealous God by playing with such superhuman perfection, you will die young. I earnestly advise you to play something badly every night before going to bed, instead of saying your prayers. No mortal should presume to play so faultlessly.”

Here’s Heifetz himself playing his own arrangement of Bess, You is My Woman Now from Gershwin’s opera Porgy and Bess recorded in the mid-1940s. 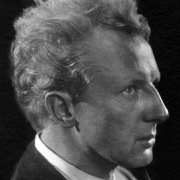 Modest Mussorgsky’s Pictures at an Exhibition (1874) was written for piano solo but is probably most widely heard today in the orchestral transcription Maurice Ravel made of the piece. Ravel wasn’t the only one to be inspired to transport Mussorgsky’s music from the keyboard to the colour of an orchestra; in fact, he was only one of many. Among them was Leopold Stokowski, one of the two noted conductors at the Gershwin premiere. He made his debut as a conductor in Paris in 1908 and became principal conductor of the Cincinnati Symphony Orchestra in 1909. He first conducted the Philadelphia Symphony in 1912, continuing his association with the orchestra for many years.