From the Naxos Blog: A centenary’s outs and ins

Following the 2020 global Beethoven birthday bash, I’m going to run the risk of anniversary fatigue by dwelling on what comes in its wake: 2021 and a collection of milestones marking the centenaries of either the births or deaths of a number of composers and artists. In true Naxos style, the survey will include both familiar and relatively unknown names, works and performances.

This blog focuses on five composers and a singer, all of whom passed away in 1921. The next edition will be more performer-heavy, featuring a number of singers and instrumentalists alongside composers who were born in that same year. 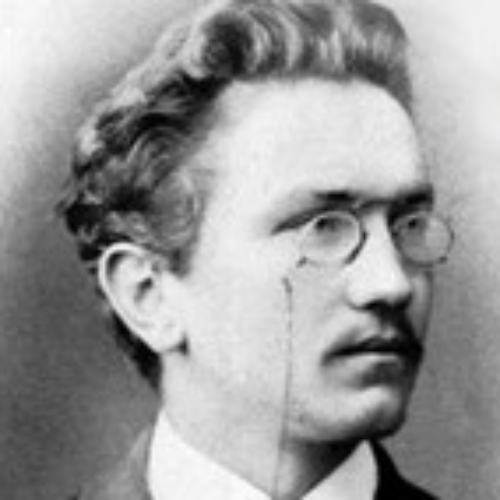 Hans Huber (1852–1921) was born in Switzerland and studied at the Leipzig Conservatory before returning to his native country to teach, eventually taking up a post at the Basel Conservatory (now the City of Basel Music Academy) where he served as director from 1896 to 1918. In addition to symphonies, concertos and other orchestral works, he completed five operas and an array of choral works. But I’d like to present here three excerpts from his smaller-scale works: the opening of his Piano Quintet No. 1 in G Minor; Quartet from his Lenz-und liebeslieder; and the Scherzo from one of his later works, the Quintet for flute, clarinet, horn, bassoon and piano.

Władysław Żeleński (1837–1921) was a Polish composer, pianist and organist. He’s best remembered for his operas that reflect influences of the grand style of both the French and German traditions of the age. The third of these stage works, written in 1900, is Janek (Johnny). The title character sings an aria in Act I – Gdy slub wezmiesz z twoim Stachem. We hear it in a performance by Polish tenor Piotr Beczała. The opera is a Polish essay in verismo, sometimes compared with Mascagni’s Cavalleria rusticana. Janek, a mountain brigand wounded in a brawl, is tended to by the beautiful country girl Bronka, with whom he falls in love. The aria is possibly the most beautiful number in this rarely played work. 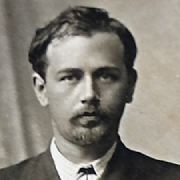 A change of mood takes us to a short piece by Ukrainian composer Mykola Leontovych, who died in 1921 at the age of only 43. An advocate of Ukraine independence, the reason he died prematurely is that he was assassinated in his own bed by a Soviet agent. He specialised in a cappella choral music and made an arrangement of the folk song Shchedryk that remains popular today, known as Carol of the Bells. It tells of a swallow that announces to a household how wealth will follow in the coming spring. It’s heard here in an arrangement for orchestra by Philip Lane. 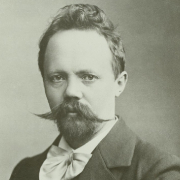 Now to German composer Engelbert Humperdinck (1854–1921), who is generally known for his fairytale opera Hänsel und Gretel, a Christmas favourite, first staged in Weimar in 1893. His career brought early contact with Wagner and subsequently with his family as music tutor to Siegfried Wagner, the composer’s son. He held various teaching positions of some distinction and enjoyed a fruitful collaboration in the theatre with Max Reinhardt, providing incidental music for a number of Shakespearean productions in Berlin. He’s less well-known, however, for having written the music for one of the first full-colour silent films, the spectacular Das Wunder. The world premiere took place at the Royal Opera House, Covent Garden on 21 December 1912.

The film tells the story of a wayward nun, Megildis, who deserts her convent with a knight, influenced by the music of an evil minstrel. A statue of the Virgin Mary comes to life and takes the place of Megildis, who makes her way through the world and its many vicissitudes. Later, Megildis returns to the convent with her dying infant, and is forgiven as the statue resumes its place.

Adolf Lotter (1871–1942) made a suite of the music from Humperdinck’s score. Here’s the section titled March of the Army and the Death Motif. 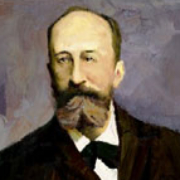 Hearing the name Camille Saint-Saëns (1835–1921), my own first thoughts relate to him not as a composer, but as a child prodigy on the piano; he was held by many to have the edge over Mozart as the Wunderkind of his age. His first public concert, at the age of eleven, included piano concertos by Mozart and Beethoven. So, I’ve chosen a piece of piano music to mark his commemorative milestone. Recorded for the first time in 2019, it’s one of several pieces unearthed in manuscript form at the Bibliothèque national de France by pianist Geoffrey Burleson, who performs it here—a fantasy on Wagner’s Lohengrin that incorporates several themes from the opera to create a vivid, imaginative, virtuosic and very effective solo piano work. 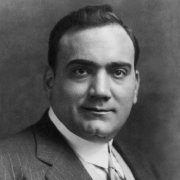 We end with the Italian tenor Enrico Caruso (1873–1921), whose legendary name remains undiminished with the passing of time. He was born into a poor family, the third of seven children, of whom only three survived infancy. He started his musical career in 1891 as a street singer, while also performing in cafes and at soirees. A mere six years later he auditioned for Puccini for the role of Rodolfo in La Bohème; after hearing him, the composer is reputed to have exclaimed: “Who sent you to me? God himself?”

Caruso went on to sing 37 roles in over 600 performances at the Met in New York. Following an extensive concert tour during 1920, however, his wife noticed a decline in his health. He had undergone successful surgery on his vocal chords in 1909, but now he suffered a throat hemorrhage during a performance of L’elisir d’amore at the Met towards the end of 1920. Shortly before that fateful occasion, he had made a clutch of final recordings, including James Carroll Bartlett’s A Dream, with which we end this blog. Less than year later he died, aged only 48, following a series of operations for pleurisy and empyema. Fortunately for us, and in his own words, “My recordings will be my biography.”