From the Naxos Blog: A centenary’s outs and ins [2]

Picking up from our last blog that featured musicians who died a century ago, in the year 1921, we consider a selection of singers, instrumentalists and composers who were born in that year. 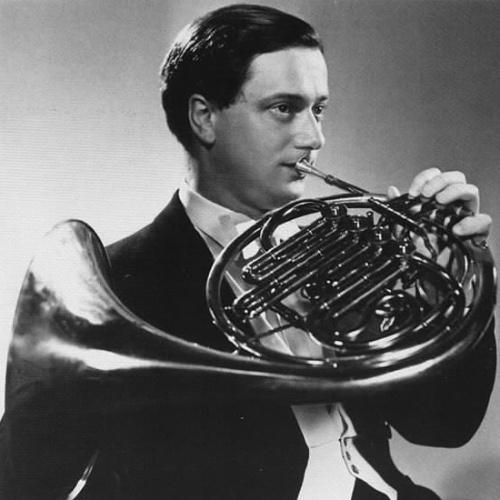 My first pick is the virtuoso British horn player Dennis Brain (1921–1957), who was tragically killed in a car accident when he was only 36; he was returning to London after an appearance at the Edinburgh Festival. When he was a boy, his father would allow him to play only a few notes on the horn on Saturday mornings as a treat, since he was adamant that students should not take up the instrument in a serious manner until they had reached their teenage years, when the teeth and the mouth embouchure were fully developed.

Brain left school aged 16, having won a scholarship to attend London’s Royal Academy of Music, and made his professional debut alongside his father in Bach’s Brandenburg Concerto No. 1 as a member of the Busch Chamber Orchestra, aged just seventeen. Here he is in the finale of Mozart’s Horn Concerto No. 3, accompanied by the South West German Radio Symphony Orchestra conducted by Hans Rosbaud. 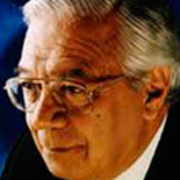 Of the three composers included in this blog, Argentinian composer Ariel Ramirez lived the longest, passing away in 2010 at the age of 88. He’s known throughout South America for his synthesis of popular and liturgical styles. I’ve chosen a couple examples of his music, one vocal, the other instrumental: the Sanctus from his Missa Criolla performed in an arrangement for 8 voices by The Chamberlains; and an arrangement for guitar of his song Alfonsina y el mar. It refers to the tragic suicide of the poet Alfonsina Storni, who was drowned at La Perla beach in Mar del Plata and left a farewell poem, I am Going to Sleep. The arrangement by Roland Dyens is an imaginative setting using the full resources of the guitar; it’s performed by Raphaël Feuillâtre. 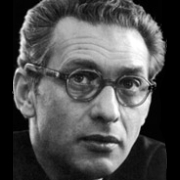 Born in Hungary, pianist Géza Anda (1921–1976) entered the Franz Liszt Academy in Budapest at the age of thirteen. His most important teacher was the composer, pianist and conductor Ernő Dohnányi, with whom he spent his last two years at the Academy. At the age of nineteen Anda won the Liszt Prize, which led to his debut with the Budapest Philharmonic Orchestra under Willem Mengelberg performing Brahms’ Piano Concerto No. 2.

In the early years of the Second World War, Anda was to be conscripted into the Hungarian army, but friends helped him to escape to Switzerland, from where he gradually established his international performing career. His first records were released as 78rpm discs, subsequently on LP, and during the 1950s he performed Bartók’s piano concertos when few other pianists did. We can hear him in the finale of Bartók’s Piano Concerto No. 2, recorded in 1950, accompanied by the SWR Radio Symphony Orchestra Stuttgart and conducted by Hans Müller-Kray. 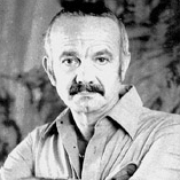 Born in Argentina, the composer, conductor and bandoneón player Astor Piazzolla (1921–1992) spent much of his childhood and adolescence in New York, where he was taken by his family in 1925. He established himself back in Buenos Aires from 1937 as a player of the bandoneón (a German form of concertina popular in Argentinian tango bands) and came to enjoy an international reputation with the various ensembles that he established and led. He was associated in particular with the development of the so-called nuevo tango (new tango), for concert use rather than dancing.

Written in 1979, his Concerto for Bandoneón, String Orchestra and Percussion, nicknamed ‘Aconcagua’ after the highest Andean mountain, provides the soloist with ample opportunities for drama, pathos and virtuosity. The Moderato second movement unfolds as introspective night music, with harp, solo violin and piano adding evocative touches. 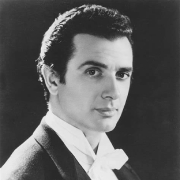 Italian tenor Franco Corelli (1921–2003) was born into an operatic family: his grandfather had also been an operatic tenor, his elder brother sang as a baritone and two of his uncles sang in the chorus of the opera house in Ancona. His father, however, was a ship-builder for the Italian navy and initially Corelli intended to follow a similar career, studying naval engineering at the University of Bologna. Encouraged by a friend, however, he entered a singing competition: he didn’t win, but was sufficiently encouraged to enroll as a vocal student at the Conservatory at Pesaro, subsequently leaving when he became convinced that his teachers there were damaging his voice.

From that point on, Corelli studied tirelessly on his own, largely by listening to recordings of the great tenors of the past, such as Caruso, Pertile, Lauri-Volpi and Gigli, often imitating their nuances and effects. Unconventional, maybe, but it worked a treat as this excerpt from Verdi’s opera Don Carlo demonstrates. It’s taken from Act I Scene 2 (Io vengo a domandar), in which Corelli as Don Carlo sings opposite the character of Elisabetta di Valois, sung here by soprano Gundula Janowitz, in a production from the Vienna State Opera. 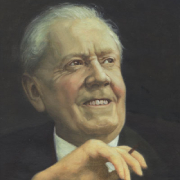 My final pick from the stable of 1921 is the English composer Malcolm Arnold. To cover his entire personal and musical life would fill many blogs, so our reference to him here has to be somewhat tangential. Indeed, Arnold was the subject of an Omnibus documentary made for British television as he approached his seventieth birthday, which is well worth viewing should it ever come your way. From his early career as a trumpeter with the London Philharmonic Orchestra to the sombre finale of his plagued Ninth Symphony, with its anguished echoes of Mahler’s Ninth and many a composer’s phobia of finality, I’ve chosen music that reflects his ability to tap a popular vein. Arnold wrote two sets of English Dances, plus one set each to reflect the Scottish, Irish and Welsh essence, topped out with a set of Cornish Dances (Arnold lived for a while in the county, which has long sought a degree of autonomy from the United Kingdom). Here’s a selection of one movement from each set.