From the Naxos Blog: A star is born

The beginning of a new calendar year also marks the Christian Feast of the Epiphany as embodied in the journey of the Three Wise Men seeking the new-born Jesus, led by a star. Star attractions aren’t confined to this context, however; they have provided inspiration for composers on a number of levels, appearing in numerous titles, both figuratively and literally. 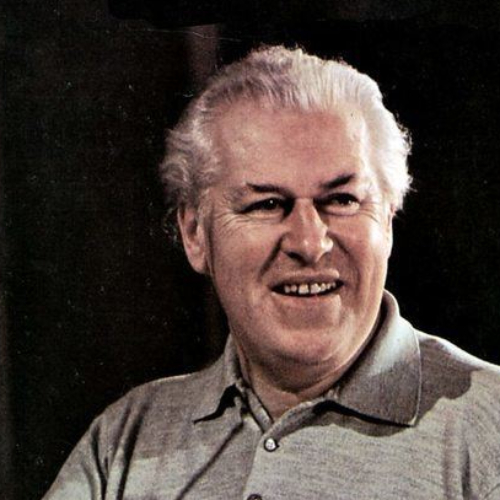 The title for this blog may bring to mind the 1976 film A Star is Born, which tells how an aging rock-star falls in love with a young, up-and-coming songstress. But some 30 years earlier the British light music composer Robert Farnon had used the title for a piece of his that was quickly taken up by the BBC to introduce the celebrity guest on its long-running radio programme, In Town Tonight. It was subsequently used as a signature theme elsewhere, most notably by the American singer Tony Bennett for his television series. To get us under way, then, here is Robert Farnon’s A Star is Born. 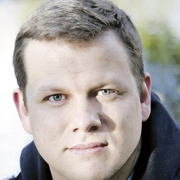 Now for a piece composed in 2011 by Latvian composer Ēriks Ešenvalds (b. 1977). Titled Stars, it sets words by the American Pulitzer Prize-winning poet Sara Teasdale (1884-1933). Ešenvalds has used Teasdale’s lyric poems on several occasions; here she muses with awe on the beauty of the night sky. Her lovely words are accompanied throughout by tuned wine glasses whose eerie sounds seem to come from, and return to, nothingness.

Alone in the night
On a dark hill
With pines around me
Spicy and still,

And a heaven full of stars
Over my head,
White and topaz
And misty red;

Myriads with beating
Hearts of fire
The aeons
Cannot vex or tire;

I know I
Am honored to be
Witness
Of so much majesty. 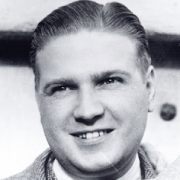 When You Wish Upon a Star first featured as the signature song for the 1940 Walt Disney film’s adaptation of Pinnochio, and proved so popular that it became adopted as the ‘brand music’ for the Disney corporation. Originally sung at the opening credits and during the final scene of Pinnochio, it subsequently accompanied the company’s logo at the start of many other Disney films. The original music was written by Leigh Harline; the words were by Ned Washington. We hear it in an arrangement by Andreas Ulveo and Thom Hell, with the latter providing the vocals on this recording.

Now for something a little more outrageous from the practice of providing ‘masks’ for well-known classical pieces by giving them a jazzy, rhythmic makeover, a practice naturally scorned by many academics, critics and composers. Lied an den Morgenstern (Song to the Morning Star) from Richard Wagner’s opera Tannhäuser was absorbed into Leopold Krauss-Elka’s (1891–1964) Tannhäuser-Foxtrot. Lied an den Morgenstern, Op. 33 for piano solo, which he wrote in the early 1920s. 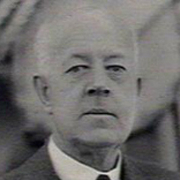 A short song now by Edgar Bainton (1880–1956), who was born in London but spent the final twenty years of his life in Australia; by the time of his death he was regarded as an Australian composer, his music and name in the United Kingdom virtually forgotten. Most of his songs, however, were written before he left England, from which I’ve selected Shooting Star, for voice and piano. The words are taken from the poem Shooting Star at Harvest by the English poet Edmund Charles Blunden.

A bell softer than silence,
A tear happier than mirth,
They meet me in the fields
And charm me from this earth —

This earth now in its twilight,
And calm Autumn abroad,
The mothering fields at rest,
In the praise of their lingering God.

His light kindly infolding
The still, giant domains,
Glows on in me until
I seek — what sunset plains?

The star falls in enchantment
Adown infinite blue,
And fades from its white fire
To live in rapture new. 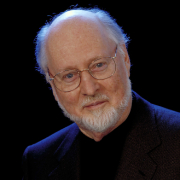 Finally, the music many of you might have been anticipating by the master of film scores, John Williams. Born in New York in 1932, he became well known in the 1970s through his music for a series of spectacular disaster movies — The Towering Inferno, Earthquake and The Poseidon Adventure — but his real breakthrough came with the Star Wars films. These also marked the beginning of his collaboration with the director Steven Spielberg, many of whose films have since used music by Williams.

Released in 1977, Star Wars is set in the distant future and a distant galaxy, where a formerly well-governed republic is now ruled by a tyrannical and power-crazed emperor. Princess Leia, who belongs to a resistance movement, manages to escape with the plans for the emperor’s latest weapon of destruction, the Death Star. She soon receives help from the idealistic Luke Skywalker and the initially wholly materialistic Han Solo. Here’s the music for the main title that admittedly reflects the Wars more than the Star, bar the occasional ‘twinkle’ from the glockenspiel.