2021 marks the 150th anniversary of the birth of Alexander Zemlinsky, the Austrian composer, conductor and teacher. This blog presents an introduction to his life and music. 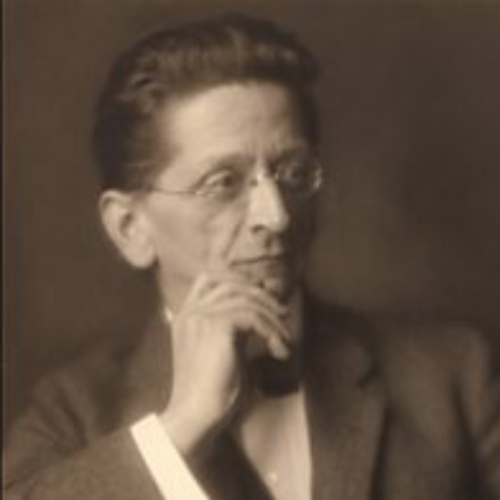 Born in Vienna on 14 October 1871, Zemlinsky studied at the Vienna Conservatory and went on to establish a growing importance on the Viennese musical scene by the turn of the 20th century; his music began to enjoy a renaissance during the approach of the 21st century. He was both a friend and teacher of Arnold Schoenberg, subsequently becoming his brother-in-law when Schoenberg married Zemlinsky’s sister, Mathilde. He also taught Alma Schindler, who went on to marry Gustav Mahler.

Zemlinsky’s earlier career was spent as music director of the Vienna Volksoper, followed by periods in Prague and Berlin. Jewish by birth, he was forced to flee Berlin in 1933 amid the rise of the Nazi party and returned to Vienna, from where he fled in 1938 via Prague to the United States of America, dying there in 1942.

Although symphonic music features throughout Zemlinsky’s career, symphonies as such are found only during and immediately following his study at the Vienna Conservatory. The Symphony in E minor from 1891 seems never to have progressed beyond its middle movements, while those in D minor from 1893, and B flat from 1897 exhibit increasing mastery over a symphonic template laid down by Brahms. Here’s the Scherzo movement from the Symphony in D minor, written when Zemlinsky was 22 years old. Brahms himself attended a performance of the work, and subsequently became an advocate of the young composer’s music. 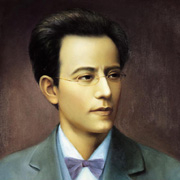 We’ll return to Zemlinsky’s symphonic music at the end of the blog. For now, I’m turning to his music for the stage, first with an example from one of his operas. Zemlinsky’s close association with Schoenberg brought about an early collaboration on Zemlinsky’s opera Sarema, for which Schoenberg assisted with the libretto; and both men were indebted to Mahler for practical encouragement in the project. Indeed, it was Mahler who presented Zemlinsky’s second opera, Es war einmal, at the Vienna Court Opera in 1900, subsequently also accepting his next, Der Traumgörge, for performance. Later operas included two based on works by Oscar Wilde: Eine florentinische Tragödie (A Florentine Tragedy) and Der Zwerg (The Dwarf), which is a version of Wilde’s The Birthday of the lnfanta. 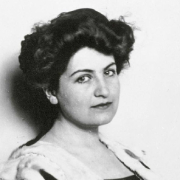 Zemlinsky transformed Wilde’s A Florentine Tragedy into a one-act opera, producing a score reminiscent of Strauss’ Salome with its erotic musical sonority. It premiered in January 1917; Zemlinsky himself conducted the work at the New German Theatre in Prague two months later. The same month, it went to the Vienna Court Opera. Alma Mahler attended the Viennese premiere, following which she forcefully expressed her displeasure to Zemlinsky who, you may remember, had been her former teacher. She probably felt she had been exposed, since the plot was reminiscent of her own affair with the architect Walter Gropius the year before Mahler’s death. By contrast, Alban Berg admired the work so much that musical parallels to A Florentine Tragedy can be found in his opera Wozzeck, which premiered eight years later, in December 1925.

Here’s an extract that features all three of the work’s characters – Bianca, Simone and Guido Barda.

Now to Zemlinsky’s three-act ballet Der Triumph der Zeit (The Triumph of Time), which he worked on during 1901, hoping that Mahler would take it up for performance at the Vienna Court Opera. At the time of its composition, Alma Mahler was still Alma Schindler and it became increasingly apparent that Mahler had little enthusiasm for the score, if not the whole project, and remained cold about considering it for performance. Alma happened to meet Mahler at a dinner party and found herself talking to her future husband on the subject of male beauty. Mahler offered the ugly philosopher Socrates as a pertinent example, to which Alma replied by suggesting Zemlinsky as a man whose intellect gave him beauty in spite of his physical ugliness.

The conversation became more animated when she tackled Mahler on the matter of Zemlinsky’s new ballet. Mahler, it seemed, had kept the score of the work for a year without giving the composer any answer: this he had no right to do, she suggested. Mahler hopped angrily from foot to foot, claiming that the ballet was worthless. She insisted that Zemlinsky deserved a reply and offered to explain to Mahler the complex symbolism of the piece. Notwithstanding her advocacy, the project had to be shelved, but Zemlinsky salvaged a 4-movement concert suite from the score, which he titled Das Gläserne Herz (The Glass Heart). 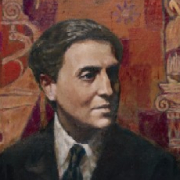 I’m going to skip forward to one of Zemlinsky’s later works to exemplify the stylistic development that took place between the charm of the music just heard to a much more arresting mode. Zemlinsky’s Fourth String Quartet was written in 1936 in memory of Alban Berg and is a fitting conclusion to his important body of work that bridged the Romantic world of the nineteenth century to the modern age of the twentieth. Let’s listen to the second movement, Burleske.

It’s hard to believe that the next work was written three years after the music just heard. It’s Zemlinksy’s Humoreske for wind quintet. 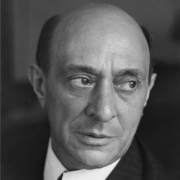 Finally, two symphonic works, written some twenty years apart and representing Zemlinsky’s most performed music. Completed in 1923, the seductive Lyric Symphony for orchestra and two solo voices is probably Zemlinsky’s best known work, one that inspired Alban Berg to such a degree that he quoted its third movement in his own Lyric Suite. Zemlinsky’s richly scored symphony, a late-Romantic song cycle by any other name, recalls both Mahler’s Song of the Earth and Schoenberg’s Gurre-Lieder. To prove the point, here’s the short fifth movement, Befrei’mich von den Banden (Free me from the bonds of your sweetness, love).

Finally, we have Zemlinsky’s lavishly scored ‘symphonic fantasy’ Die Seejungfrau (The Mermaid), written in 1903 and based on Hans Christian Andersen’s fairy tale of the mermaid who sacrifices herself out of unrequited love for a prince. The three movements closely follow the course of Andersen’s story: the first depicts the mermaid’s life in the ocean, her saving the prince from drowning in a storm, and her decision to seek an earthly existence with him; the second depicts her pact with the sea-witch who cuts out her tongue in return for human guise, whereon she is received at the royal palace only to find that the prince is betrothed to another; and the finale depicts her sorrowful return to the sea, where she is transformed into foam and borne away on the wind.

Here’s the concluding section of the work to play us out.