From the Naxos Blog: All the fun of the fanfare.

The Naxos Glossary of Musical Terms has this definition of the word ‘fanfare’:

A fanfare is a flourish of trumpets or other similar instruments, used for military or ceremonial purposes, or music that conveys this impression.

The Naxos catalogue tells a slightly different story, in that you’ll find a number of compositions with the word fanfare in the title that rather stretch that definition. I’ve chosen six of them to illustrate their diversity of style. 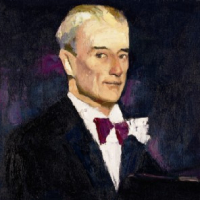 My first choice is the Fanfare Ravel wrote for L’Éventail de Jeanne (Jean’s Fan), a children’s ballet choreographed by Alice Bourgat and Yvonne Franck in 1927. ‘Jeanne’ refers to the Parisian hostess and patroness of the arts, Jeanne Dubost, who ran a children’s ballet school. She was at the centre of a group of musicians and writers for whom she would organise musical soirées. In the spring of 1927 she presented ten of her composer friends each with a leaf from her fan, asking them to write a short dance for her pupils. The work’s public premiere took place at the Paris Opéra on 4 March 1929, with the ten-year-old Tamara Toumanova dancing the lead role.

Ravel supplied the opening movement of this collaborative project, the irony being that this Fanfare, written by the most celebrated composer of the group, is also the briefest piece. It was such a success at the premiere, however, that it was encored at the end of the performance. Alexis Roland-Manuel, another of the ballet’s contributors, rather aptly described it as “a Lilliputian flourish, which begins like the buzzing of troops of insects and rises to its climax in the style of Götterdämmerung”. 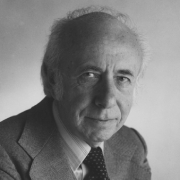 Morton Gould’s Fanfare for Freedom was one of a series of fanfares composed by prominent American composers for the 1942–43 season of the Cincinnati Symphony Orchestra and its conductor, Eugene Goossens. During World War I, Goossens had asked British composers for a fanfare to begin each of his concerts. The series had been so successful that he decided he would repeat the process using American composers in World War II. In addition to fanfares by composers such as Roy Harris, Walter Piston, Henry Cowell, and Paul Creston, the series produced Aaron Copland’s celebrated Fanfare for the Common Man, to which we will return later. Scored for just wind instruments, Gould’s stirring contribution to this series was premiered by Goossens and the orchestra in 1943. 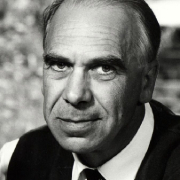 I’ve chosen British composer William Alwyn’s Fanfare for a Joyful Occasion not only for its attractive music, but also because it was dedicated to James Blades, one of the 20th-century’s greatest percussionists. In addition to his regular professional performances, many will remember Blades for the thoroughly engaging demonstration concerts for children that he presented, travelling around the UK with every spare inch of his car packed with his percussion equipment, truly a logistical feat. He was also the off-stage real performer behind the on-screen muscle-rippling gong-striker that opened the J Arthur Rank films. 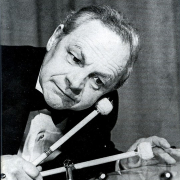 Alwyn’s fanfare, scored for for brass and percussion, was first performed by the City of Birmingham Symphony Orchestra in November 1964. Alwyn sought advice from Blades when writing the work; it was originally planned that he and his two brothers Tommy and Chris would be the three percussionists required for the performance. Blades fell ill, however, and the performance was cancelled. As the latter was to remark some years later “…this fine work proved no ‘joyful occasion’ for me!” Given its dedication to such a noted performer, the work includes prominent parts for the percussion—in particular the vibraphone, marimba and xylophone—and stands as a fitting tribute to the celebrated musician. 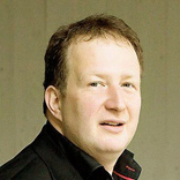 Although David Robert Coleman’s Fanfare and Palimpsest has trumpet flourishes at its core, it’s in a different world from anything heard so far. Scored for trumpet and seven instruments, it was written in 2009 for the Young Musicians’ Academy of the Berlin State Orchestra. The piece plays with the spatial separation of the solo trumpet from the other instruments, while the music hovers on the edge of a hidden fanfare in pianissimo shadings. At one point the solo trumpet unexpectedly bursts into a reminiscence of a motif from Balakirev’s Islamey! 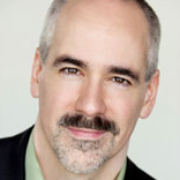 “Silver Fanfare was composed as the first movement of the six-movement work On Music’s Wings, which was commissioned for the 25th anniversary season of the Pacific Symphony, in Orange County, California; the orchestra premiered the piece in 2004, with the ‘silver’ of its title referring to the orchestra’s silver anniversary. Though the 30-minute On Music’s Wings calls for vocal soloists and choirs in addition to the orchestra, Silver Fanfare is for orchestra alone, and was designed as a virtuoso orchestral curtain-raiser which could be performed separately.”

We can hear the piece performed by the London Philharmonic Orchestra conducted by the composer himself. 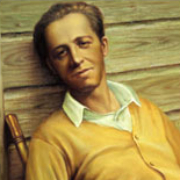 Finally, to Copland’s Fanfare for the Common Man, referred to earlier as one of the fanfares commissioned from American composers during World War II by Eugene Goossens and the Cincinnati Symphony Orchestra. Copland experimented with the titles Fanfare for a Solemn Ceremony and Fanfare for Four Freedoms before he settled on Fanfare for the Common Man. Upon hearing the title, conductor Eugene Goossens decided that March 12, 1943—the height of income tax season—was an appropriate date for the premiere. Copland is rumoured to have replied: “I [am] all for honoring the common man at income tax time.”