From the Naxos Blog: Easter pegs

Places of Christian worship the world over will be marking the Easter Story at this time, no doubt with many performances of sacred music that vividly portray the central scenes of Jesus’ execution on the cross, his entombment, and his subsequent resurrection.

I’ve chosen three pieces of music for this blog that reflect those three scenarios, but with mortals at the centre of the action; alternative pegs, if you will, to hang your Eastertide musical ears. The composers are Dmitry Shostakovich (1906–1975), Benjamin Britten (1913–1976) and Charles Villiers Stanford (1852–1924). 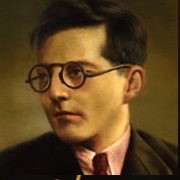 The Execution of Stepan Razin, Shostakovich’s symphonic poem for baritone, mixed chorus and orchestra, is an intentionally ambiguous work that operates on two levels. Its manifest content relates to the 17th-century Cossack rebel who led an unsuccessful revolt against Tsar Alexis I, father of Peter the Great. Captured, tortured and eventually beheaded in 1671, Razin became a posthumous folk-hero, a symbol of the downtrodden and disenfranchised individual standing up to entrenched, brutal power. As a son of the Revolution, Shostakovich composed this cantata-like work to celebrate the life of Razin and, by extension, all ordinary people who fought the great ongoing battle against repression. At the same time, the content points tellingly toward Soviet repression personified by Stalin and his minions.

Though Stalin had been dead for more than a decade when Shostakovich composed this work in 1964, Stepan Razin made party loyalists squirm since it could be taken as both a celebration of revolutionary fervour and a condemnation, not of Soviet Realism, but of Soviet reality. Adding to the apparatchiks’ discomfort, the text for Stepan Razin came courtesy of Yevgeny Yevtushenko, who had already denounced Russian anti-Semitism in Babi Yar, which Shostakovich had used in his Symphony No. 13.

The baritone soloist in Stepan Razin serves as both narrator and the eponymous Cossack leader. As a virtual Greek chorus, the supporting singers echo and comment on the swirling events. Shostakovich’s energetic score shows a mastery of orchestral colour achieved over a lifetime of symphonic writing, ranging from aptly abrasive sonorities to heartfelt evocations of Russian folk-song. Much the same can be said of his treatment of the choruses, which resonate to the magnificent crowd scenes in Mussorgsky’s epic opera, Boris Godunov. Here’s the music and a translation of the Russian text from the first entrance of the soloist and chorus:

And shameless girls too,
leaping off their bast matting half drunk,
their faces smeared with cucumber,
rush off at a trot with an itch in their thighs.

They’re bringing Stenka Razin!
And to the shrieks of the Streltsy women,
spat on from all sides, in a tattered cart
he glided by in a white shirt. 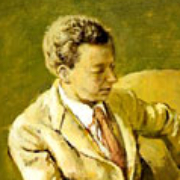 Benjamin Britten’s song cycles, whether for voice and orchestra, piano, harp or guitar, form a substantial and important part of his work. His eight settings of texts by Thomas Hardy, Winter Words, Op. 52, were written in 1953 in between his labours on the operas Gloriana and The Turn of the Screw. While in no way sacrificing the musical invention and imagery found in the earlier cycles, the textures are generally leaner and more economical with the result that the text is projected with particular clarity.

In The Choirmaster’s Burial (or The tenor man’s story), the departed master’s favourite hymn-tune Mount Ephraim is woven through the texture (though characteristically re-harmonised in parallel triads) until the magical moment when the tenor ushers in the ghostly graveyard appearance of ‘a band all in white’.

He often would ask us
That, when he died,
After playing so many
To their last rest,
If out of us any
Should here abide,
And it would not task us,
We would with our lutes
Play over him
By his grave-brim
The psalm he liked best –
The one whose sense suits
“Mount Ephraim” –
And perhaps we should seem
To him, in Death’s dream,
Like the seraphim.

As soon as I knew
That his spirit was gone
I thought this his due,
And spoke thereupon.
“I think,” said the vicar,
“A read service quicker
Than viols out-of-doors
In these frosts and hoars.
That old-fashioned way
Requires a fine day,
And it seems to me
It had better not be.”

Hence, that afternoon,
Though never knew he
That his wish could not be,
To get through it faster
They buried the master
Without any tune.

But ’twas said that, when
At the dead of next night
The vicar looked out,
There struck on his ken
Thronged roundabout,
Where the frost was graying
The headstoned grass,
A band all in white
Like the saints in church-glass,
Singing and playing
The ancient stave
By the choirmaster’s grave.

Such the tenor man told
When he had grown old. 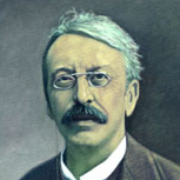 Taking his text from the eponymous poem by Friedrich Gottlieb Klopstock (the same poem which Mahler later chose for his ‘Resurrection’ Symphony after hearing it at the funeral of Hans von Bülow in 1894), Stanford conceived the choral part of the work in three parts prefaced by a slow, solemn prelude characterised by its rich orchestration for lower strings. We join the performance at the end of the instrumental preface.

Rise again, yes, rise again wilt thou,
My dust, though buried, now,
To life immortal
In this brief rest the portal!
Hallelujah!

For the seed is sown again to bloom,
Whene’er the Lord shall come,
His harvest reaping
In us who now are sleeping,
Hallelujah!

Day of praise, of joyful tears the day,
Thou of my God the day
When I shall number
My destin’d years of slumber,
My God, Thou wak’nest me.

Then shall we be like those that dream,
When on us breaks the beam
Of that blest morrow,
The weary pilgrim’s sorrow
Is then no more.

Then into the Holiest Place
Leads me my Saviour,
There resting with Him for ever,
Praise His Name who doth deliver.
Hallelujah!