The American composer George Crumb died on 6 February, aged 92. This edition of the Naxos Blog presents a selection of his works that, collectively, were allusive in style and drew on a wide range of inventive sound sources. Crumb’s haunting scores established him as one of the major representatives of the musical avant-garde in his country in the second half of the 20th century. We’ll present our selection of pieces in chronological order. 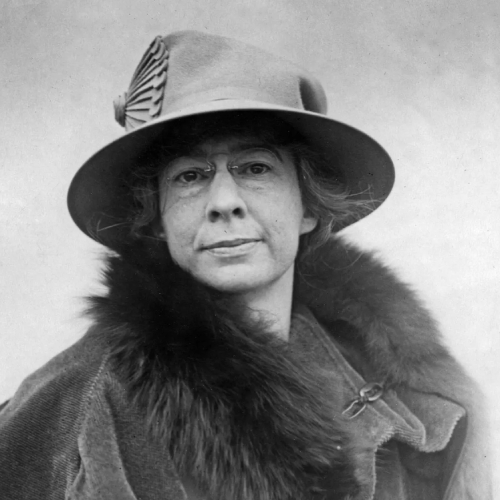 Our opener is one of Crumb’s 3 Early Songs, which he wrote in 1947 when he was only seventeen. While it flags up none of the new sound worlds he was to eventually trade in, Let it be forgotten, the second song in the set, displays an assured craftsmanship and sensitivity to the words of Sara Teasdale’s poem:

If anyone asks, say it was forgotten
Long and long ago,
As a flower, as a fire, as a hushed footfall
In a long forgotten snow. 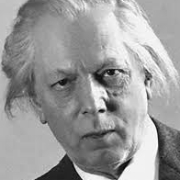 George Henry Crumb was born in Charleston, West Virginia on 24 October 1929 and, shortly after his completion of the song we’ve just heard, he graduated from Charleston’s Mason College of Music before studying for his master’s degree at the University of Illinois; he subsequently studied under Boris Blacher at Berlin’s Hochschule für Musik from 1954–1955. The next piece was composed at the end of those studies. It’s Crumb’s Sonata for solo cello, written in 1955. The 3-movement work is again still largely tonal, revealing influences of Romantic and Impressionist music. Here’s the the final movement, Toccata, which is characterised by rhythmic vitality and the experiences Crumb gained as a musician in jazz combos.

Next, a work dating from a decade later. Completed in 1965, Eleven Echoes of Autumn is scored for violin, alto flute, clarinet and piano, and the movements (echi) are designed to be played without a break. Here’s Crumb’s own introduction to the piece:

“Each of the echi exploits certain timbral possibilities of the instruments. For example, eco 1 (for piano alone) is based entirely on the fifth partial harmonic, eco 2 on violin harmonics in combination with seventh partial harmonics produced on the piano (by drawing a piece of hard rubber along the strings). A delicate aura of sympathetic vibrations emerges in echi 3 and 4, produced in the latter case by alto flute and clarinet playing into the piano (close to the strings). At the conclusion of the work the violinist achieves a mournful, fragile timbre by playing with the bow hair completely slack.”

Here’s the first half of the work. 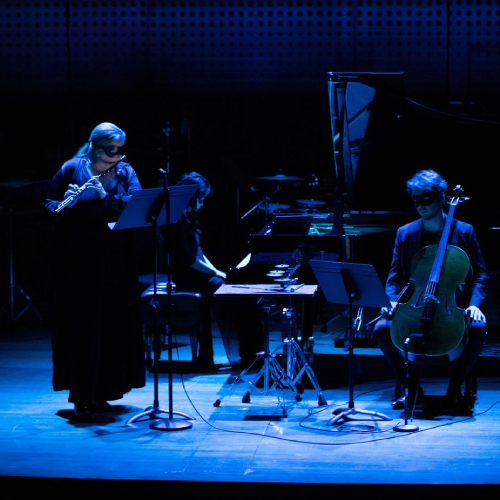 Voice of the Whale in performance
Source: The Philadelphia Inquirer

From the next decade, I’ve selected Vox Balaenae (Voice of the Whale) for Three Masked Players. It was completed in 1971, the same year in which Crumb received the International Rostrum of Composers Award and the Koussevitzky Recording Award, just two of many awards and grants he received throughout his career. The work is scored for amplified flute, cello and piano, and was inspired by a tape recording of whale songs that the composer had heard. Crumb’s introduction to the work includes the following:

“Each of the three players should wear a black half-mask (vizor-mask) throughout the performance of the work. The masks, by effacing a sense of human projection, will symbolize the powerful impersonal forces of nature (nature dehumanized). Vox Balaenae can be performed under a deep-blue stage lighting, if desired, in which case the theatrical effect would be further enhanced.

The form of Voice of the Whale is a simple three-part design, consisting of a prologue, a set of variations named after geological eras, and an epilogue.”

The work lasts some 20 minutes. Here’s an extract. 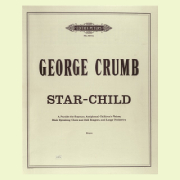 We move towards the end of the same decade now with Star-Child, a work that might be described as a cantata fusing Advent, the Last Judgement and the spiritual concept idea of redemption, from darkness to light. Star-Child received its first performance in 1977; it was commissioned by the Ford Foundation and written for Pierre Boulez and the New York Philharmonic Orchestra.

The work comprises seven sections. The fourth, Musica Apocalyptica, is a particularly fast and furious setting of the Dies irae, performed by a male speaking choir and eight unleashed percussionists, in which the Four Horsemen of the Apocalypse (16 tom-toms) are clearly heard. Additionally, chains, flexatones, pot lids, sizzle cymbals, thunder sheets and wind machines are used. In the following section, Crumb takes The Seven Trumpets of the Apocalypse literally: two trumpeters are placed within the audience, while five are positioned around it. 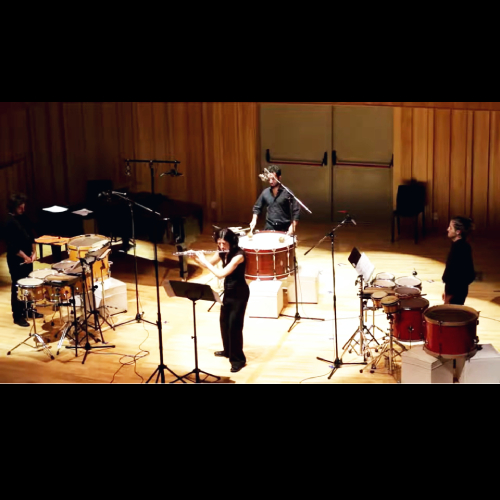 An Idyll for the Misbegotten in performance
Image credit:
COMPAÑÍA OBLICUA (2019, February 4)

Fast-forward to the next decade now and An Idyll for the Misbegotten, written in 1986. Scored simply for flute and drum, Crumb’s preface to the piece resonates only too well with the current debate on climate change.

“I feel that ‘misbegotten’ well describes the fateful and melancholy predicament of the species homo sapiens at the present moment in time. Mankind has become ever more ’illegitimate’ in the natural world of the plants and animals. The ancient sense of brotherhood with all life-forms (so poignantly expressed in the poetry of St Francis of Assisi) has gradually and relentlessly eroded, and consequently we find ourselves monarchs of a dying world. We share the fervent hope that mankind will embrace anew nature’s ’moral imperative’. My little Idyll was inspired by these thoughts. Flute and drum are, to me (perhaps by association with ancient ethnic musics), those instruments which most powerfully evoke the voice of nature. I have suggested that ideally (even if impractically) the music should be ’heard from afar, over a lake, on a moonlit evening in August’.” 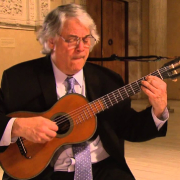 Although Crumb completed the first version of his Quest only three years after the music we’ve just heard, it took five further years of constant revision for the work to reach its final version. Quest was composed at the request of the guitarist David Starobin, who had previously played virtually all the parts Crumb had composed for various plucked instruments. The composer explained:

“I initially toyed with the idea of a piece for guitar alone, but feelings of insecurity in regard to guitar technique and idiom led me quickly to the conception of an ensemble work. Within the chosen sextet of players the guitar remains the principal protagonist, but other instruments, especially the soprano saxophone, can also take over the principal ‘voice’. The inclusion of a wide variety of percussion instruments gave me an exceptionally colourful palette of timbral and sonoric possibilities. I would specifically cite rather unusual instruments such as the Appalachian hammered dulcimer, the African talking drum, and the Mexican rain stick.” 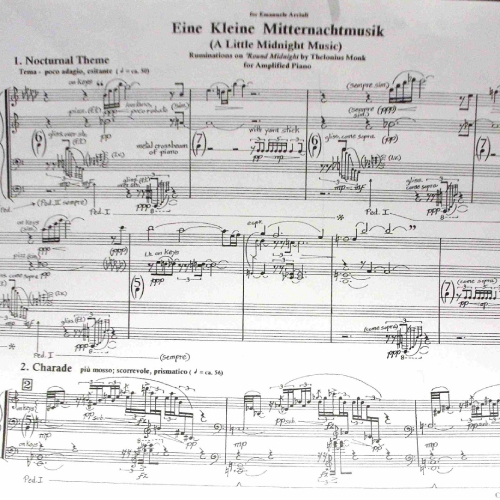 Finally, we hear extracts from Eine Kleine Mitternachtmusick (A Little Midnight Music), which Crumb composed in 2001 as his adaptation of Thelonious Monk‘s jazz standard Round Midnight. During the course of the nine short sections, Crumb leads us from the neon signs of New York’s jazz clubs in the 1940s to the sometimes oppressive darkness of the avant-garde piano’s overtone effects and knocking on the frame, while Debussy, Wagner and Richard Strauss get caricatured in Golliwog Revisited. We end by hearing both that movement and the one that follows, Blues in the Night.