From the Naxos Blog: High scores.

It might seem improbable that something as solid and stolid as a mountain could be inspirational to composers. A quick flick through the catalogue, however, throws up numerous examples of these towering formations reflected in heights of creativity by composers the world over. I’ve chosen six for this blog: a couple of them you might already be familiar with; the remainder will hopefully be a peak of your day.

First, we go Down Under and to music by the Australian composer, conductor and teacher Alfred Hill (1869–1960). He studied in Leipzig in the late 1880s and then continued the compositional style he learned there by writing music that, some say, suggests the work of a latter-day Australian Dvořák. His early musical career was in New Zealand; he returned to Australia in 1897, involving himself in opera and operetta, and teaching at the New South Wales State Conservatory until a dispute led to his resignation in 1934. 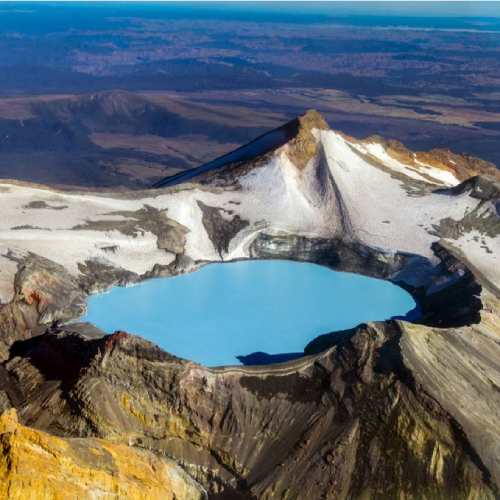 Hill’s short symphonic sketch The Sacred Mountain is characteristic of his style, an evocative rhapsody that reminds us of his skills as a writer of film music. Tongariro, situated in New Zealand’s largest national park, was the sacred mountain of Tuwhharetoa, the great ancestor of the Taupo people. White mist floats from Tongariro into the crater of Pihanga, an allusion to the legend that Pihanga was Tongariro’s wife, and that the clouds seen drifting from one to another are visible tokens of his love for his mountain-spouse. 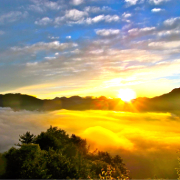 To another continent now, and music by the Chinese composer Kuan Nai-chung, who was born in Beijing in 1939. From his output of more than a hundred works I’ve chosen Memory of Mountain, which was originally a three-movement banhu concerto. (The banhu is a traditional bowed string instrument used primarily in northern China). The version we will hear is its rearrangement as a violin concerto with Chinese orchestra. The composer introduces the work:

“Memory of Mountain was inspired by the magnificent scenery and rich culture of the Alishan mountains of Taiwan and features three scenic images. The first of these is titled The Sacred Tree in the Fog and depicts the sacred tree standing tall and solid throughout the passage of time, a spiritual symbol for the native tribe. It begins with a sequence of discords played by the high-pitched string instruments, vertical flute and xylophone, suggesting the mist lingering in the mountains. The violin enters as though emerging from the mist with music reminiscent of traditional folk music, in the manner of Western recitative.”

Here’s the first part of that movement. 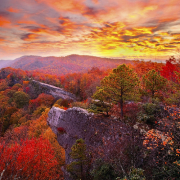 Continuing our continent-hopping, we land now in North America and hear a short piece for flute and piano by the American composer Ned Rorem, now aged 97. Mountain Song was one of his earliest works, which he introduces as follows:

“Is the flute the most seductive of the winds for all budding composers? Certainly for me that breathy gold wafting through the French forests of the Faun’s syrinx, of Roussel’s spider, of Ravel’s Daphnis and of Varèse’s Density, whetted a pre-adolescent hunger for the flute long before I was aware that oboes and clarinets and bassoons were also individuals. Among my opus-minus-one notebooks are many a flute solo, unused but not forgotten.

My first real work for the instrument was Mountain Song, for flute and piano, written in 1949 as background for a play by Iris Tree. To evoke the decor of the drama, which unfolded in rural Kentucky, I paraphrased a half remembered southern folk song. The music was eventually published separate from the play, in a version suitable also for oboe, violin, or cello.” 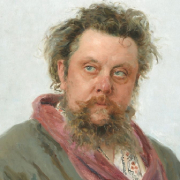 And now for something that exchanges such naivety for a touch of depravity. Modest Mussorgsky (1839-1881) was one of ‘The Mighty Five’ Russian composers whose mission was to establish a brand of Russian national music free of Western influences. As early as the late 1850s, Mussorgsky was considering the idea of a musical witches’ sabbath, a legend found in the oral traditions of several countries.

Mussorgsky’s sketches for the first version of A Night on the Bare Mountain have not survived, but he returned to the idea for such an orchestral work some years later, appropriately finishing the score on the eve of 23 June 1867, but it was never performed during Mussorgsky’s lifetime. Here’s the first part of the work. 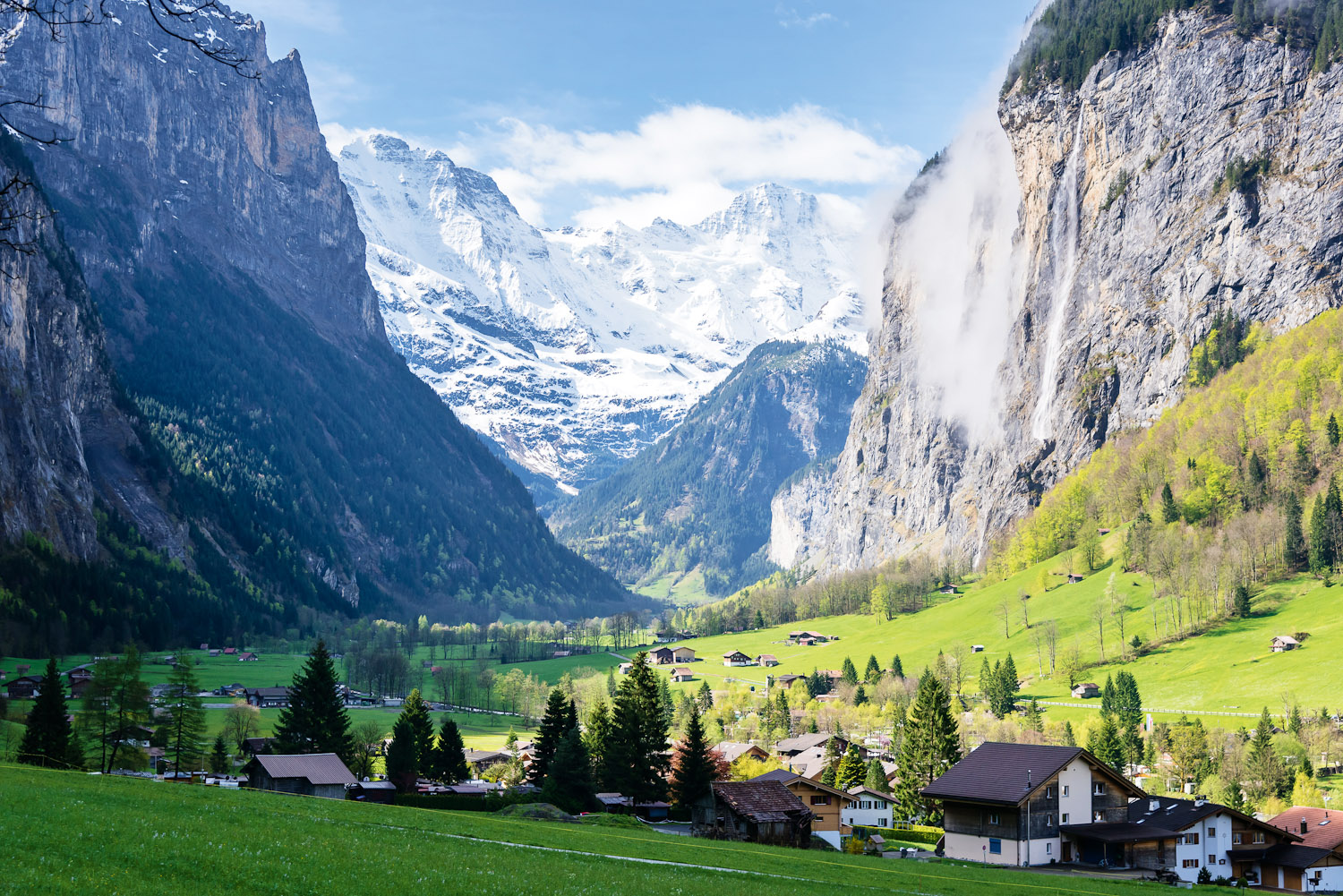 Now to a work that displays more decorum and even more drama, Richard Strauss’ tone poem An Alpine Symphony, not that you’d deduce such propriety from a review that followed its first performance in 1915 in Berlin. It was written by the influential German music critic Paul Bekker, who didn’t attend the premiere but closely studied the score. Referring to it as a “sonic orgy” and a “nakedly realistic Alpine poem”, Bekker perceived a “direct, broadly convincing power” and in the melodic language even a “striving towards easily approachable, almost folksong-like simplicity”, summing it up as being “unmistakeably sinking and wilting in its essence.”

The 50-minute work portrays a day in the life of an Alpine mountain, from sunrise to sunset, with individual scenes describing stages of an ascent, from the entry into a wood to the summit, taking in a brook, waterfall, meadows, pastures, thicket and undergrowth, and a glacier. The glorious music describing the view from the summit I’ll leave for you to discover yourself. I’m going to play an extract from the descent into sunset: Thunder and Storm. Listen out for the wind machine! 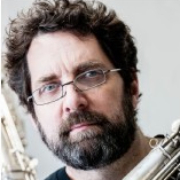 My final pick is My Mountain Top by the British saxophonist-composer Andy Scott (b. 1966) who blends elements of classical music, jazz, funk and Latin styles to create an individual voice. Here’s how he introduces the work:

“My Mountain Top is scored for saxophone with a backing track that comprises a sampled 1950’s vinyl crackle, keyboard washes and narration by Lemn Sissay (the author of the eponymous poem). I created a saxophone part that sets an eerie scene (via timbral trills and overblown pitches) before warm keyboards emerge, repeating three chords, over which Lemn’s magical words appear with the saxophone supporting and responding, without ever overpowering.”

Not everyone can be mountaineers, but we can all conquer our own, personal summits.