From the Naxos Blog: Magic moments.

Do you recall hearing a particularly affecting piece of music for the first time, maybe as a younger newcomer to the world of classical music? I certainly do, and at the risk of peddling in self-indulgence I thought I would share a few of those magic moments in this edition of the Naxos blog. We’re in good company with this subject. I read once how conductor Marin Alsop was stopped in her tracks as a youngster when she heard a rehearsal of a piece of Brahms chamber music through an ordinary door she was passing in an unremarkable corridor. I also recall speaking with the conductor Edo de Waart who described his light-bulb moment on hearing a rehearsal for Richard Strauss’ opera Der Rosenkavalier and sneaking himself into the rehearsal space to experience more of this extraordinarily magnetic music. My piano teacher and his wife would tell me stories about their encounters with the likes of Edward Elgar, John Ireland and the music of other composers of their era—but more of that later. 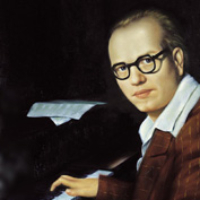 It’s equally delightful watching someone else going through the experience. I recall a performance of Messiaen’s Turangalila-symphonie in Manchester’s Bridgewater Hall at which the person I was sitting next to told me she had never heard the work before, and had bought a ticket out of curiosity. The work ends with a long, loud major chord that the conductor milked for all it was worth, after which she turned to me with eyes brimming with tears, saying simply: “What have I just heard?” Flashback to twenty-five years earlier when, as a school student, I heard a broadcast of the same work over a car radio that, despite its limitations, hit me with the beguiling electronic sounds of the ondes Martenot, instantly hypnotising me with its erotic whoops and swoops. It can be savoured again in this extract from the work’s eighth movement, Développement de l’Amour.

I clearly remember the wow factor on hearing a scene from Weber’s opera Der Freischütz for the first time in my student days on a 33rpm turntable. Weber (1786–1826) was a crucial figure in the development of German Romantic opera and wrote Der Freischütz in 1821. You might research the full plot of the opera for yourself, leaving me to focus on the scene that brings Act II to a dramatic close. It takes place in the middle of a forest, at a spot known as the Wolf’s Glen. Kaspar is attempting to loose himself from servitude to Samiel, the devilish Black Huntsman, by casting that liaison onto Max. He does this by doing a deal to concoct seven magic silver bullets in a crucible that will enable Max to win an upcoming shooting contest. Reading from a tattered old vocal score of the work as a student, I was incredulous reading the description of the accompanying stage effects: ghostly hunters, waterfalls, wild boars, wheels of fire rolling across the stage, and the climactic appearance of Samiel himself. Decades later I saw a performance by Opera North in the city of Leeds in the UK. The combination of stagecraft, lighting effects and puppetry in the scene was stunning, capped by a huge skeletal hand that appeared out of nowhere to cover the entire stage and devour Kaspar and Max. It was me this time who turned a teary face to the woman sitting next to me. “Wow!”, I said. “I know,” she replied. “I saw it last night and just had to buy another ticket to see it again.” Here’s the music; I’ll leave your imagination to fill in the rest. 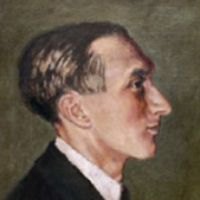 Towards the end of my school days, I thought that ‘oratorio’ equalled ‘Messiah’ until I heard Walton’s Belshazzar’s Feast. I decided that the scene in which the Babylonian King Belshazzar is slain following his desecration of the Jews’ temples was about as dramatic as music could ever get. We can pick up the action from where Belshazzar is being lauded by his courtiers and concubines as they feast the night away, before a mysterious hand writes on a wall that he has been found wanting through his actions. The cut to his miraculous demise is short, reinforced by the chorus shouting the word ‘Slain!’ (such a novelty for a teenager). Here’s the legendary Adrian Boult conducting a closely recorded performance that adds to the dramatic immediacy.

I took piano lessons for a while from the former organist and choirmaster of Gloucester Cathedral in the UK, Herbert Sumsion (who, for some reason, preferred to be called John). He and his wife were never short of anecdotes from the time when John was called on to conduct at the Three Choirs Festival, which included being invited to tea by Elgar who proudly showed them around his garden containing his prize gourds. John was also a friend of Herbert Howells, the English composer who wrote Hymnus Paradisi in memory of his son Michael who had died of polio at the age of nine. John recounted how the original title had been inappropriately lengthy; that he had consulted a former Head of Classics at a noted school to ask if his suggestion of the shorter Hymnus Paradisi would be acceptable; and that this had been confirmed and subsequently adopted by Howells. Unaware of this as an undergraduate a few years earlier, I had bought a vinyl recording of the work and found an unforgettable tingle going up and down my spine in the Sanctus movement. It occurred at the point when, after a gripping build-up of tension, a choir of angelic, soprano voices entered to create a truly heavenly atmosphere. I soon wore out the LP. 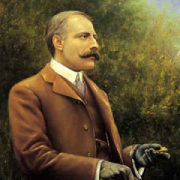 My final stop along this memory lane is housed in a performance of Elgar’s The Dream of Gerontius, composed in 1900 and scored for three solo singers, chorus and orchestra. The narrative is in two parts: the first deals with the death of Gerontius and the Priest’s discharging of his soul into the next life; the second describes the soul’s progression from limbo through to his meeting with God. As a youngster I was intrigued as to how you could describe a personal vision of God in music. I thought it might be more complicated than Elgar’s approach: a gradual crescendo, a thwack, and an impassioned cry to “Take me away!” Hearing it for the first time in the cavernous space of Lichfield Cathedral in the UK was a magic moment in a truly magical setting.