This is the second instalment in our alphabetical sifting through composers whose profiles are sadly more obscure than their quality compositions often deserve. Our selection focuses on surnames beginning respectively with F, G, H, I and J. 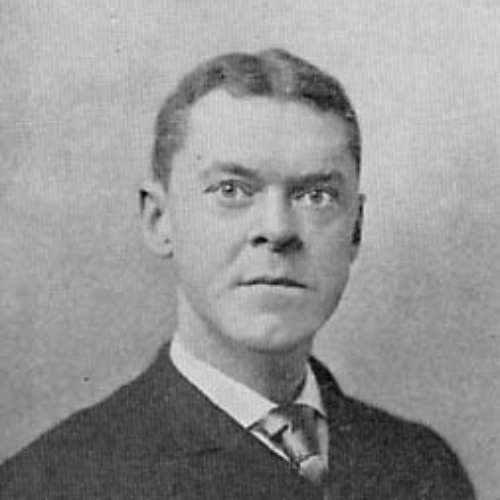 The American composer Arthur Foote (1853–1937) studied at Harvard University where he was a student of the eminent John Knowles Paine, and received the degree of Master of Arts, the first such degree awarded by an American university. He followed in Paine’s footsteps by being influenced by the German style of romanticism, specifically the school of Brahms and Wagner. Foote spent the summer of 1876 at the Bayreuth Festival in Germany, an experience that was to influence him for life. Many of his finest works were premiered back home by the Boston Symphony Orchestra.

The style he established in his earliest works lasted for the rest of his life: “ …always thoroughly lyrical, with broad and stately melodies; romantic in rhapsodic moods; and classical in structure, a reflection of his life-long adoration of Brahms and Wagner.” (David Ewen) He left behind 73 numbered works and 130 unnumbered compositions, from which I’ve chosen his Piano Quintet in A minor, Op. 38, which he composed in 1897. Here’s the rondo-finale. 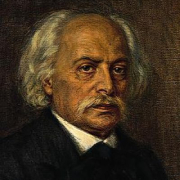 Karl Goldmark belonged to an early generation of the Austro-Hungarian tradition. He was born in the Hungarian town of Keszthely in 1830 (three years before the birth of Brahms) and died in Vienna in 1915 (four years after the death of Mahler). Written in 1865, his Overture Sakuntala established his importance as a composer, reinforced a decade later by his most significant opera Die Königin von Saba (The Queen of Sheba).

I’ve chosen his Violin Concerto to give a taste of his musical style, which might be seen in this work as a bridge between the Mendelssohn and Brahms violin concertos. Written in 1877, it throws up an occasional reminiscence of the former, but it has many hallmarks of a later style, including the increased technical demands made on the soloist. Here’s the vivacious finale, which we join at the point of the soloist’s cadenza. 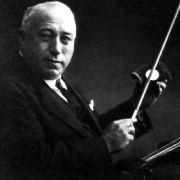 Next we have another violinist-composer, but from the next generation. Fini Henriques was one of Denmark’s leading musicians, active and popular in both roles from the end of the nineteenth century. Born in Copenhagen in 1867, he also died there in 1940. But from 1888–1891 he studied in Berlin with violinist Joseph Joachim and composer Woldemar Bargiel, who was a half brother to Clara Schumann. His discography is somewhat slight, perhaps not surprising considering his modest bearing and his predominantly home-based career: he lived in his native Denmark practically all his life.

A relatively prolific composer, Henriques showed in many of his works a fondness for children, for whom he composed a number of pieces. But as he had a reputation for delivering gripping and impressive performances as a soloist, I’ve chosen a piece for violin solo and orchestra titled Romance. 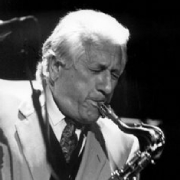 To Spain now, and the saxophonist-composer Pedro Itturalde. Born in Falces in northern Spain in 1929, he died in Madrid only late last year. He began his musical studies with his father and had his first professional engagement as a saxophonist at the age of eleven. Following his studies at the Royal Conservatory of Music in Madrid, he went on to lead his own jazz quartet at the city’s W. Jazz Club, experimenting with the combined use of flamenco and jazz and making recordings for the Blue Note label. He composed his Czardas when he was twenty and dedicated the version of the work that we will hear to his friend Theodore Kerkezos, who also plays the solo saxophone part on our recording. It follows the pattern of the traditional Hungarian dance, with a slow introduction, lassu, and a lively continuation, friss. The orchestration is by the composer’s brother Javier. 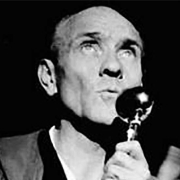 We end with a piece of British light music that is less vigorous but equally engaging. Archibald Joyce was born in London in 1873. He studied violin and piano as a boy and soon put that ability to a practical and lucrative use by playing at dancing academies. Joyce played in various dance-bands from his teenage years onwards, occasionally travelling on cruise ships, but by 1909 he was still not sure whether his future lay in the theatre’s music hall or the ballroom’s dance events. It wasn’t long, however, before the popularity of the dance orchestra he had formed made any indecision disappear. By the early 1900s his compositions began to blossom, as did the demand for his players. They would travel to stately homes, large hotels, anywhere that required music for dancing, and Joyce soon became known as The English Waltz King.

The title of the waltz A Thousand Kisses came as a result of a chance remark by a friend of Joyce’s, at seeing a beautiful woman coming into the room: ’What a lovely girl! – she’s worth a thousand kisses’, a phrase that inspired Joyce to write this waltz in 1910. Whether the lady was the Miss Madge Slowburn to whom it is dedicated is not known. The waltz, however, was obviously familiar enough to Charlie Chaplin for him to incorporate it into a subsequent music soundtrack to his 1925 silent classic, The Gold Rush, in the saloon dance scene.