Karłowicz, Lipiński, Magnard, Nepomuceno, Ohzawa. These are the composers who give us our next alphabetical tranche of unfamiliar names and neglected outputs that deserve a more frequent airing. 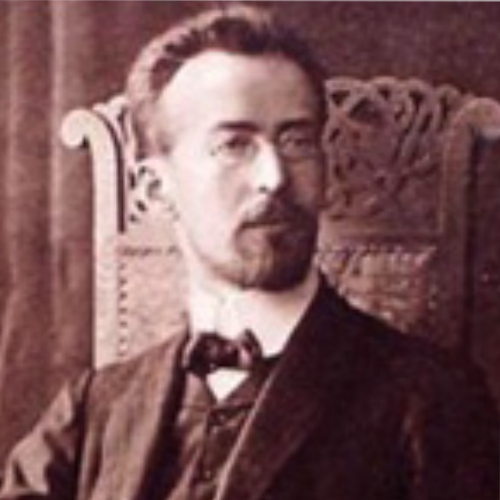 Mieczysław Karłowicz (1876–1909) was born into a wealthy academic family at Wiszniew (in what is now Lithuania). He initially trained as a violinist but, after his arrival in Berlin, where he studied from 1895 to 1901 with Henryk Urban (an ardent admirer of Richard Strauss), he turned increasingly to composition. He pursued many interests, including walking, cycling, photography and skiing, the last of which was to bring about his end when he was killed in an avalanche while skiing in the Tatra Mountains. Although he left behind a mere handful of compositions, he still ranks high among the composers who constitute the ‘Young Poland’ generation of musicians, whose most famous figure is Karol Szymanowski.

To give an idea of his style, I’ve chosen what was the most ambitious of all his works in terms of length—the ‘Rebirth’ Symphony in E minor. It was most likely started towards the end of Karłowicz’s period of study in Berlin, but completed in 1903 after his return to Warsaw. Like Mahler’s ‘Resurrection’ Symphony, premiered eight years earlier, it evokes the soul’s spiritual struggle against fate, from tragedy to triumph. Here’s the third movement, a lively scherzo.

From the previous generation of Polish-born composers we have Karol Józef Lipiński (1790–1861). By the age of eight, the young violinist was already performing concertos and, following a brief later flirtation with the cello, Lipiński returned to the violin with renewed passion and obsessive practice, never sure that his technique was fine enough, though he would soon rival Paganini for the title of ‘greatest’ violinist in Europe. In 1809 Lipiński was appointed concertmaster of the Lvov Theatre and promoted to Kapellmeister in 1812. Two years later, he was granted an extended release from his theatre duties to visit Vienna. His purpose in travelling there was to make the acquaintance of Louis Spohr, one of the finest violinist/composers in Europe. Lipiński heard Spohr play in 1815 and was so impressed that he abandoned the theatre and decided to pursue the life of a virtuoso. He spent two years preparing for public performance, and first performed as a committed virtuoso in Lvov in May 1817.

Later that year he departed for Italy with the aim of hearing Paganini. Catching up with the Italian master in Padua, Paganini invited Lipiński to dinner and to breakfast the following day. In April 1818, the two violinists appeared in Piacenza, performing Kreutzer’s Concerto for Two Violins. Paganini invited Lipiński to tour Italy together, but Lipiński missed his wife (who was about to give birth) and returned home. On the way he met with one of the last living pupils of Tartini and was much impressed, and while continuing to admire Paganini, he followed more closely the more restrained Tartini-Spohr artistic ethos.

To reflect Lipiński’s gifts as a violinist/composer, I’ve chosen an extract from the last movement of his Trio for 2 Violins and Cello in G minor, Op. 8, titled Bolero. 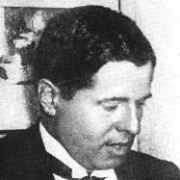 Born in Paris, Albéric Magnard (1865–1914) first studied law, until he heard a performance of Wagner’s Tristan und Isolde in Bayreuth, after which he abandoned his law studies to devote himself to composition, which then became the sole focus of his energy. He was constantly in search of perfection, rejecting any form of compromise, despite the fact that this often harmed the chances of his works being more widely disseminated. Although he wrote a relatively small number of works, Magnard’s catalogue is full of expansive, complex and beautifully crafted music that reflects a mastery of orchestration learned from his teacher Vincent d’Indy.

It could be said that the things that mattered most to Magnard were justice and love. Indeed, it’s telling that he wrote an orchestral ‘hymn’ to each of them. Gaston Carraud, Magnard’s friend and first biographer, described his Hymne à la justice as follows: “In the first idea we hear, in turn, the oppressive nature of injustice and a sorrowing call for justice. Brutally cast down, the victim lifts his eyes towards the unattainable ideal. With a lamenting cry that leads to greater persecution, he sees the soft light fading away; but just as violence returns more powerfully than ever, justice bursts out in a triumphant blaze of glory.” Our extract presents the latter part of the work. 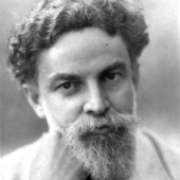 To South America now and Alberto Nepomuceno (1864–1920) who is a central figure in the history of Brazilian music, his work as a composer, conductor and educator being key to the development of Brazil’s music in the transition from the 19th to the 20th centuries. He certainly got around. A period in Europe brought study in Berlin, lessons with the organist Alexandre Guilmant in Paris, contact with Brahms and, significantly, also with Grieg, one of whose pupils became his wife.

Nepomuceno was dubbed a herald of Brazilian musical nationalism, being one of the first composers to systematically employ elements of Brazilian folklore in his works. He also undertook an intense campaign for singing in Portuguese, facing a harsh reaction from critics who considered the language inappropriate for the lyrical genre. “There is no nation for a people who do not sing in their own language,” he would say.

By way of introduction, I’ve chosen the Batuque that concludes his Série Brasileira (Brazilian Suite)—the batuque is a dance of African origin brought to Brazil by slaves. The piece is rhythmically vigorous, with humorous touches. For the orchestration, Nepomuceno included a reco-reco in the percussion section for the first time, an instrument similar to the güiro of other Latin American countries usually associated with popular dance music, a move which infuriated some of the more orthodox critics of the period. 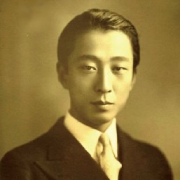 The final name to be thrown up by our alphabetical trawl is that of Hisato Ohzawa (1907–1953), one of Japan’s foremost composers of the first half of the 20th century. During the 1930s he studied in Boston and Paris under Frederick Shepherd Converse, Roger Sessions, Arnold Schoenberg, Paul Dukas and Nadia Boulanger; he also conducted performances of his own works with the Boston Symphony and Pasdeloup orchestras. With an extensive knowledge of late Romanticism, contemporary composers and jazz, he had a good command of diverse styles, but his output has been widely neglected since his sudden death in 1953.

For his calling card, I’ve selected the finale from his Piano Concerto No. 3 that exemplifies his ease with different styles, including jazz. Written in 1937, the concerto is subtitled ‘Kamikaze’, a reference to the Japanese-made civil aircraft of that time, which set a new record for the shortest flight from Tokyo to London in 1937 and which is reflected in the finale’s motoric dynamism.