Continuing our alphabetical spotlighting of less well known composers and their works, this week’s blog visits Italy, Poland and Guatemala and presents music from the 18th, 19th and 20th centuries. 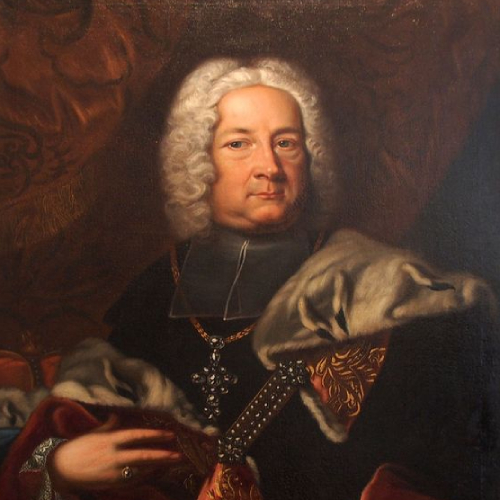 We start with the first of three Italians—Giovanni Benedetto Platti (pre 1692–1763). Although his presence as a young man is recorded in Venice (his father served as a musician in the musical establishment of the Basilica of San Marco), Platti spent most of his life in Germany, initially in the employ of the Prince-Bishop of Würzburg. There he married a singer in the court musical establishment who bore his eight children. Recognised as a virtuoso oboist, he was also an accomplished performer on violin, cello, flute and harpsichord. As a composer, he produced sonatas, concertos and a variety of other instrumental music that represented the stylistic transition from the Baroque to the Classical periods. To represent his legacy, I’ve chosen the first movement of his Concerto in G minor for oboe, strings and continuo. 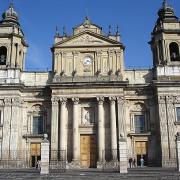 To the other side of the world now where, during the 17th and 18th centuries, the Spanish colonies throughout Central and South America emerged as wellsprings of cultural activity. Latin American cathedrals, missions and courtly life demanded a vibrant and varied musical scene, and indigenous populations were frequently attracted to the arts and participated in their production. The musical result was a style bearing the imprint of folk music—even in sacred compositions. Using different guitars, harp, percussion and the varied dance rhythms of Spanish, African, and New World origin, artists created a sound unique to the region that still flourishes to this day.

In particular, the Guatemala City Cathedral is of special interest as it fostered a sophisticated musical culture, and its archive contains hundreds of high quality musical compositions by both Spanish and native composers. One that stands out by the quality and number of his works is Manuel Joseph de Quiros, who served as muestra de capella of the cathedral from 1738 to 1765. As an example of the melting-pot style of the age and place, I’ve chosen Quiros’ Jesus, Jesus, Jesus, y lo que subes .

Back to Italy now and another multi-talented musician, the castrato, composer and concert impresario Venanzio Rauzzini (1746–1810). A noted opera singer, he was engaged to perform the role of Cecilio in the premiere of Mozart’s Lucio Silla. The occasion, which was the crowning close of the 16-year-old prodigy’s third trip to Italy, took place on 26 December 1772 in Milan’s Regio Ducal Teatro. Although the performance went well, Mozart’s father Leopold reported a few weeks later that “various irksome situations happened on the first evening.” The oddities included a “castrato prank” by “first man” Rauzzini, who had talked the archduchess into applauding him at every one of his entrances in order to help him overcome his supposed shyness. In addition to the role of Cecilio, Mozart also wrote the Latin motet Exultate, jubilate for him the following year.

Rauzzini moved to London in 1774, where he soon exchanged the profession of singing for that of composing. In addition to diverse operas, he also composed a Symphony in D major for Orchestra. Here’s that symphony’s finale. 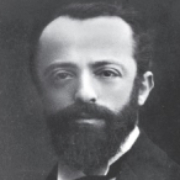 We stay in Italy but move forward a century to our next composer, Leone Sinigaglia (1868–1944), surely a unique figure in history in that he was renowned not only as a composer but also as a mountaineer. He was born in Turin, studied at the conservatoire there with composer and violinist Giovanni Bolzoni, and later travelled in Europe, spending time in Vienna from 1894 (where he knew Brahms) and in Prague from 1900 (where he met Dvořák). In 1901 he returned to Turin.

Sinigaglia wrote prolifically in every genre. One reviewer wrote of him, “There is more music in his works than there is in the whole of some of the operas currently being trumpeted: they make up a mountain of gems worthy of the sincerest recommendation to musical gourmets.” Sinigaglia collected and studied Piedmontese folk songs, his transcriptions of which were collected in editions of extraordinary academic importance. Persecuted during the Mussolini dictatorship because of his Jewish origins, he suffered a fatal heart attack when he was arrested in 1944. Here’s an extract from his 12 Variations on a Theme by Schubert for clarinet and piano. 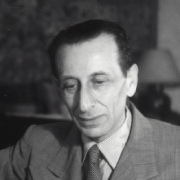 Finally, a work by the cosmopolitan figure of Alexandre Tansman. Polish by birth, he settled in France, while a wartime period spent in the United States brought a close association with Stravinsky, who influenced his early work and with whom he shares a certain stylistic eclecticism.

Tansman met violinist Josef Szigeti while on tour in America. His Five Pieces for Violin and Chamber Orchestra were the result of a commission from the great Hungarian violinist, who gave their first performance in Carnegie Hall in 1930. The strongly characterised movements bring to mind a Baroque suite, reflecting the composer’s belief that “in music the present will always reflect the past and all its achievements. In my opinion, it is ludicrous to deny what one owes to one’s predecessors for fear that they might affect one’s own personality. Some influences are blinding and all-absorbing, others are conscious and welcome. … I do not aspire to be a modern composer; I simply wish to be a composer of this time.”

To end with, then, here’s the first of those Five Pieces, titled Toccata.