We reach the final instalment of our alphabetical collection of composers whose music has been somewhat neglected as the years have rolled by, with this blog casting a spotlight on Galina Ustvolskaya, Francesco Maria Veracini, Peter von Winter, Iannis Xenakis, Isang Yun and Joaquim Zamacóis. 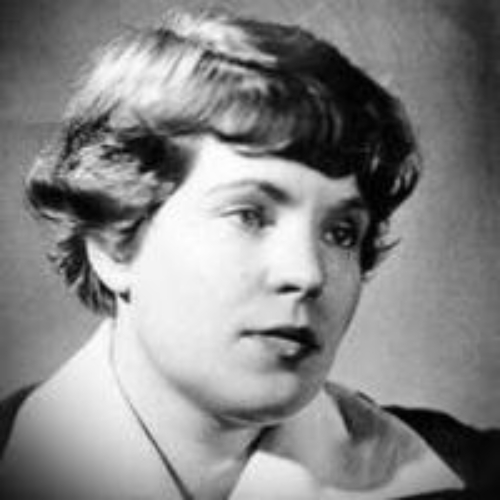 Galina Ustvolskaya was born in Petrograd in 1919, educated in Leningrad, and died in St Petersburg in 2006, all without relocating. The name changes of her native city reflect some of the tumultuous political and social upheavals in Russian history during the course of the twentieth century, amid which Ustvolskaya lived and composed.

Much has been written about Ustvolskaya’s professional and personal relationship with Shostakovich, but she took grave exception to the fact that she was always defined in terms of her gender and by whom she was taught—Shostakovich. In 1994 she declared that not once “during my studies at the Conservatoire, which I spent in his class, was Shostakovich’s music close to me. Nor was his personality.”

I’ve chosen from her output the Concerto for Piano, Strings and Timpani, composed in 1946 during her final year at the Leningrad Conservatoire. She was 27 at the time, a relatively late age for graduating that’s explained by the disruptions caused by the Great Patriotic War, especially the Siege of Leningrad. You can decide for yourself whether shades of Shostakovich can be felt in the style of the work’s final section. 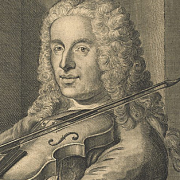 Francesco Maria Veracini (1690–1768) was a very great Italian violinist and a much sought after and well loved composer. He was a proud and extravagant man, known for his eccentricities and innovative compositions. His brilliance as a violinist brought even the likes of Giuseppe Tartini to despair who, having heard Veracini play at St Mark’s in Venice, took himself home to Anchusa for a period of intense study.

For a long time Veracini has been unjustly neglected by scholars and musicians, especially when one considers the novelty, both as a composer, violinist and virtuoso, that he introduced into his compositions. He took the Baroque sonata to its extremes, laying the foundations of the coming Classical style. He distinguishes himself by his great freedom of expression, the clarity of his ideas and his skill in the use of polyphonic techniques. I’ve selected the introspective first movement of his Sonate accademiche in G Minor, Op. 2, No. 5 by way of an example. 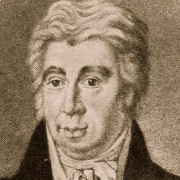 Peter von Winter (1754–1825) was one of the most productive composers of his era but one who nevertheless fell into oblivion soon after his death. Recently, however, there have been efforts to revive his countless instrumental and stage works. Born in Mannheim, he soon earned himself a place as a violinist and double-bass player in the leading orchestra in Europe at that time—the Mannheim court orchestra. In 1778, along with a large part of the Mannheim court, Winter decamped to Munich. Twenty years later, he rose to the position of Kapellmeister at the court chapel there. International tours raised his profile in Vienna, Paris and London.

He passed away in Munich in 1825. The fact that he was considered worthy of a fourteen-page obituary in the Leipzig Allgemeine Musikalische Zeitung is a reflection of the high esteem that he enjoyed in Munich during his final years, an esteem underlined by the magnificence of his burial. At that date he was regarded as a ‘classic’ composer, an important figure in the pantheon of great German musicians.

Winter’s three symphonies all used a 3-movement structure. The contrapuntal finale of his Symphony No. 3 reflects the genuine spirit of a divertimento, with solo contributions from both oboe and bassoon. 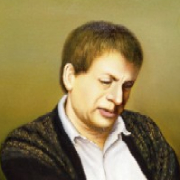 Iannis Xenakis (1922–2001) passed away only twenty years ago, so his name is still fresh in the mind. It’s not found too often on programmes, however, so I’ve selected a piece of his as my ‘X factor’. Romanian-born of Greek parentage, Xenakis settled finally in Paris in 1947, taking out French citizenship. After earlier scientific training in Athens, he was largely self-taught as a composer, receiving encouragement from Messiaen in Paris. There’s a close connection between mathematics and music in his works, which were often based on mathematical probability systems. Written in the late 1980s, I’ve chosen his Rebonds B for five drums and five woodblocks to introduce him.

The Korean composer Isang Yun (1917–1995) began his musical studies at the Osaka Conservatory, while a travel scholarship later in life allowed him to study in Paris (1956–57), also Berlin (1958). His participation in secret anti-Japanese activities in the war had led to his imprisonment in 1943 and to a subsequent period in hiding. By 1964 he was back in Berlin, on the invitation of the Ford Foundation, and in 1966 his orchestral composition Réak (Ritual Music) was given its premiere at Donaueschingen, an occasion that secured Yun’s international reputation.

His abduction to Seoul by agents of the South Korean regime of Chung Hee Park in 1967 led to international protest at his imprisonment and he was eventually, in 1969, granted an amnesty and allowed to return to Germany as a political refugee.

Yun’s aim as a composer was to provide a synthesis of East and West, developing essentially Korean ideas through Western instruments and avant-garde techniques. Gong-Hu dates from 1984 (the konghou is the Chinese harp). Scored for strings and solo harp, the work demands considerable virtuosity from the harpist, with a cadenza-like passage before its closing section, which is where we join it in our extract. 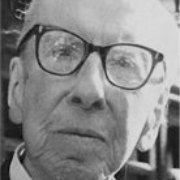 Finally to the Catalan composer Joaquim Zamacóis (1894–1976) who, in his time, was very well-known in the Catalan music world as a writer of set books for conservatory schools of music. His music, however, is practically unknown, in spite of its sound construction and the skill it demonstrates. In the years before the Spanish Civil War (1936–1939), Catalonia was at the heart of Spanish music. Written in the year the war ended, Zamacóis’ brilliant Sardana is part of his suite of five pieces entitled Aguafuertes (Etchings).