From the Naxos Blog: Skylights 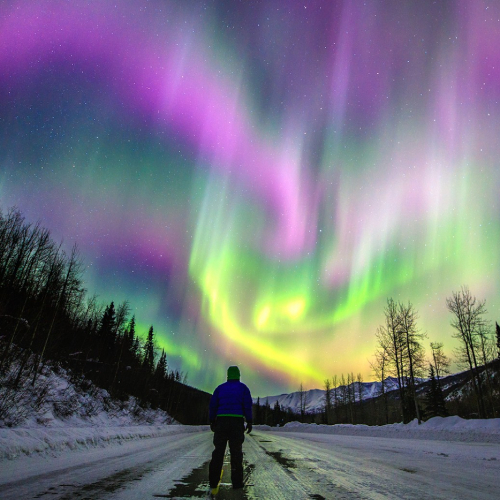 One of the items on my bucket list that I’d like to tick off before the great light-switch of life gets flicked is to experience the Northern Lights, also known as the Aurora Borealis. The natural display can be seen best while gazing up at dark, cloudless skies in northernmost communities, optimally from late August to mid-April; there’s also a southern hemisphere version.

In prosaic terms, the phenomenon results from collisions between electrically charged particles released from the sun that enter the earth’s atmosphere and collide with gases such as oxygen and nitrogen. Considering that the light show’s silent beauty and mystery is not so easy to put into words, how would one begin to translate it into music? I’ve chosen four pieces that take the lights as their subject. You can decide how successfully the composers have been in translating the phenomenon into sound. 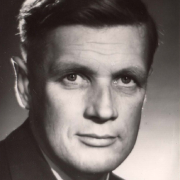 Uuno Klami (1900–1961) is considered one of the most successful and original composers in the history of Finnish music. In the aftermath of World War II, many of his compatriot composers turned to the compositional approach of Schoenberg and his school; Klami, however, continued to develop his modernising style on a tonally oriented basis, building on his familiarity with the French and Russian approaches to orchestration. Motifs for his orchestral fantasy Revontulet (Northern Lights) can be found in a sketch book dating from the war years; altogether, the work took two and a half years to write.

At the work’s premiere in 1948, critics seemed somewhat disappointed that the music was not as illustrative as the title promised. Klami said in an interview, however, that he considered it to be his best work, and added: “The northern lights can be much more than a superficial play of colours in the sky. They can be an expression of the infinite loneliness of the human spirit.”

Here’s the final section of the work. 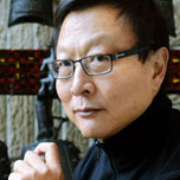 Next, on a much smaller scale, we have Northern Lights (2009) by the Chinese-born American composer Bright Sheng (b. 1955). The piece was jointly commissioned by The Chamber Music Society of Lincoln Center, La Jolla Music Society and the Bergen Festival, together with financial support from William Ginsberg in honour of his Norwegian wife, Inger.

The composer gave context to the work:

“During one conversation, Bill, well versed in Norwegian culture, introduced me to Norwegian and Scandinavian folk music. I became even more excited when, after further examination, I noticed its kinship with some forms of American country music, such as Appalachian and Bluegrass. In many ways, composing music in various styles is similar to an author writing in different languages … as a student who is embarking on his first performance with a newly learned language, I am very excited by the prospect of incorporating it into my music.

The title of the work, Northern Lights, refers to an astronomical natural phenomenon also known as the Aurora borealis: shafts or curtains of fantastically colored lights visible on occasion in the night sky, particularly in countries near the North Pole (such as Norway).”

Here’s the energetic final movement, albeit with the rather monochrome title of: IV. quarter note = 144–152. 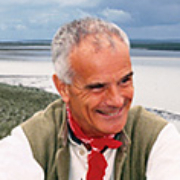 To Scotland now and to Hoy, the second largest island in the Orkney archipelago. The English composer Peter Maxwell Davies (1934-2016) made his home there for more than forty years, explaining:

“I was fed up living in the South, because of the noise — distant traffic, military aircraft — even in the country. I had a vague idea of living somewhere else and had gone to Orkney with my then manager, James Murdoch. I wanted to see the Viking cathedral and the stone circles. Quite by chance I saw a book in a Stromness bookshop, An Orkney Tapestry by George Mackay Brown. I sat up all night reading it and thought it was the most wonderfully poetic evocation of a place I’d ever come across.”

He wrote Maxwell’s Reel, with Northern Lights in 1998 in response to a very vivid image he experienced when going down to a community event in Hoy Hall and seeing the northern lights above pulsing in or out of time with the sounds from the hall. He later recalled that “it was a very strange experience to hear the music sometimes underpinning and sometimes contradicting what was going on in the sky above.”

The lights take over at the end of the piece as the dance is left behind, with a final flare of divided strings, swelling brass and starbursts from the glockenspiel and crotales. Despite its name, the reel of the title is not the composer’s own; it’s a genuine old tune — Maxwell’s Strathspey (a slower counterpart to a reel), drawn from Volume Six of The Scottish Minstrel, published in Edinburgh in 1824. There are several luminous variations on the strathspey before a bold, up-tempo move to the reel when the roof lifts, as it were, to reveal fully the natural phenomenon above. 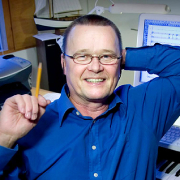 The final work I’ve chosen moves from instrumental music to unaccompanied choral music and a piece again titled Revontulet (Northern Lights). It’s by the Finnish composer and choral conductor Pekka Kostiainen (b. 1944) and performed here by the Tapiola Choir, an award-winning children’s choir based in Espoo, Finland. I hope you’ll agree that it’s an extraordinary piece that needs no further introduction from me, not least when it’s experienced in such a truly illuminating performance.