From the Naxos Blog: Sounds effective.

Whatever the instrument, mastery of performance technique is a daunting challenge. But spare a thought for string players who probably suffer at the hands of exploitation more than others. Not content with demanding accuracy and fluency over a range of some four octaves, composers frequently dip into the strings’ cosmetic box, giving them makeovers that radically change their sound and personality. And it’s been going on for centuries, with composers realising that you can not only stroke a bow across a string, but players can also pluck it, hit it, caress it and both wobble and slide around on it. The effects range from savage to amusing to eerie. 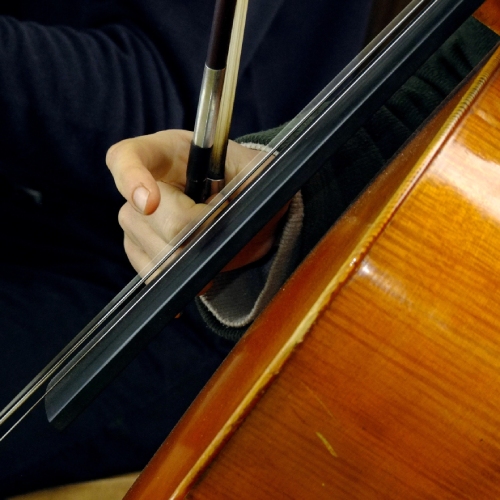 When Claudio Monteverdi was working on his Il combattimento di Tancredi e Clorinda in 1624, he stepped so far out of the box that the string players must have been quite bemused. Not only does the work itself defy description (it’s a sort of epic operatic scenario for three voices, depicting the mother of all battles between a man and a woman), but it also introduced a new form of word painting for the instruments. During the gory exchange of sword swipes, the strings are instructed at the end of the section to forcibly pluck the strings with two fingers of their right hand to portray the percussive action, making it arguably the first ever example of the use of pizzicato. 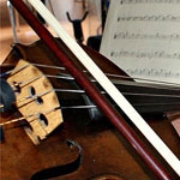 Some 50 years later, Heinrich Biber pushed the envelope further in his Battalia (Battle) during which the bellicose proceedings were enlivened by his instructions for the strings to weave paper between the strings and thwack them with the wooden side of the bow (col legno). If that weren’t enough, he follows up with an exercise in time travel during a passage that defies all sense of the tonality of his day, like a paranormal whisper from Charles Ives.

The association of that novel col legno sound with military operations reappears in 1775 during Mozart’s Violin Concerto No. 5. The charming minuet of the third movement is suddenly interrupted by a march imitating a Turkish military band (alla Turca) in which Mozart instructs the cellos and basses to play col legno.

In the last movement of his Symphonie Fantastique, written in 1830, Berlioz also applies the sound in an eerie representation of the cackling and clacking of broomsticks at a gathering of witches in the dead of night. 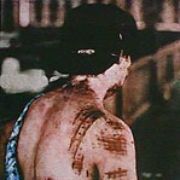 A victim of Hiroshima
Source: Gensuikin

And so on, until Penderecki went a step further in 1960 by requiring players to slap the actual body of their instruments during his extraordinary Threnody, “To the Victims of Hiroshima” for 52 Strings. The work uses a number of unorthodox techniques; I sometimes wonder if the sounds of terror are those of humans or the instruments.

The pizzicato technique pioneered by Monteverdi continued to be widely adopted over the next four hundred years. But composers showed how the effect could be made more soothing; take, for example, the accompaniment in the second movement of Winter from Vivaldi’s The Four Seasons. 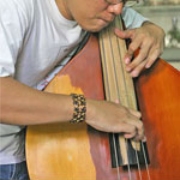 More playful examples can be found in Johann Strauss II’s Pizzicato Polka, written for the carefree upper echelons of Viennese society in the late 19th century, and in the Playful Pizzicato from Britten’s youthful Simple Symphony (8.557205) in which the whole body of strings pluck their way through the movement.

Wholesale pizzicato is similarly used in the Allegro pizzicato of Bartók’s String Quartet No. 4; the effect, however, is much more intimidating as the players are instructed to pluck with vehemence, lifting the strings vertically to let them snap back menacingly against the fingerboard; a similar effect is often heard in the ‘snap pizzicato’ used in jazz.

We’ll return to this Aladdin’s cave of sound in a further blog. Let’s finish today, however, by referencing the third movement of Tchaikovsky’s Symphony No. 4 that makes extensive use of pizzicato. It’s as jolly and inoffensive an interlude as you can find, but here’s how the New York Post reviewed the work in 1890:

“The Fourth Tchaikovsky Symphony proved to be one of the most thoroughly Russian, i.e. semi-barbaric, compositions ever heard in this city. There is an extraordinary variety in the orchestral colors, some of which are decidedly too loud for a symphony. If Tchaikovsky had called his Symphony ‘A Sleigh Ride Through Siberia’ no one would have found this title inappropriate.”

How times and tastes change…