From the Naxos Blog: Sunk in grandeur. 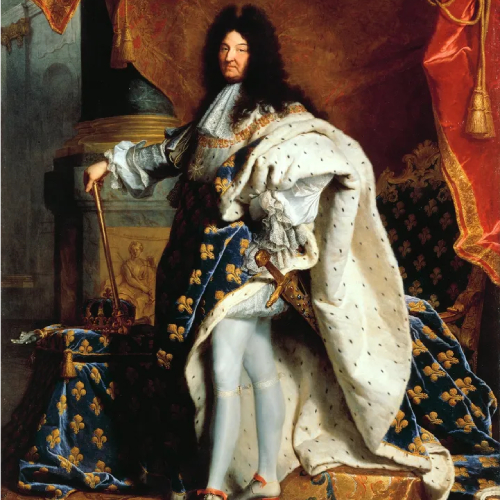 King Louis XIV of France, the legendary ‘Sun King’ and victim of the awful play on words in the title of this blog, was born in 1638; he ascended to the throne in 1643, four months before his fifth birthday, and died in 1715. He held court in various locations before moving his centre of operations on 6 May 1682 to the splendid Palace of Versailles, situated a few miles outside Paris. Reflecting on that moment exactly 340 years ago, this blog airs a few pieces written within the orbit of the Sun King, one of the greatest ever patrons of the arts. 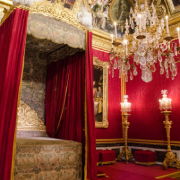 It may be an unusual place to start, but the opening piece gives a glimpse of the extent to which music was a royal preoccupation. The composer Jean-Baptiste Lully had become a royal favourite some thirty years before the Palace of Versailles sprang to life, and this music he wrote in 1665 exemplifies how the Sun King also enjoyed music in his more private moments. Performed on violin, flute, viola da gamba and theorbo, here’s music that was conceived for the king’s official retirement-to-bed ceremony. The repetitious core of Lully’s Chaconne from his Trios pour le coucher du roi, LWV 35 exemplifies how the royal ears might be lulled into a soporific state of peace and tranquility. 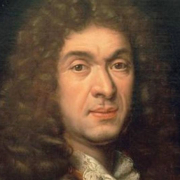 Having met the King through participation in ballet as a young man, Jean-Baptiste Lully eventually worked his way through the courtly corridors of musical power, culminating in his being granted a monopoly over the right to stage large-scale opera in France. In 1686, four years after the Palace of Versailles became operational, Lully produced his opera Armide, cementing his position as the most powerful musician at the court and the first important composer of French opera. Although the premiere was originally intended for Versailles, it was repeatedly postponed because both Lully and the King were ill. It eventually took place in Paris at Lully’s public theatre in the Palais Royal. A certain Henry Baud de Sainte-Frique described the event:

“There was such a large crowd that no more could enter at all, and more than 100 people were on the stage at a louis each. All the loges held ten people each. You know that seven is enough to fill them and is uncomfortably crowded. The amphitheatre and the parterre and the gallery were so jumbled that the size of the crowd there could not be taken in without astonishment. They claim that Lully received 10,000 francs that day.”

Here’s an extract from the start of the final act, in which Armide (a warrior princess and sorceress) and Renaud (a valiant Christian knight) declare their passion, but Armide is haunted by a dark foreboding, and wishes to consult the Underworld. 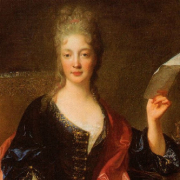 Another significant figure in Louis XIV’s pre-Versailles musical entourage was Elisabeth-Claude Jacquet de La Guerre (c.1664/65–1729), noted during her lifetime both as a composer and harpsichordist. Women musicians of her era were successful as singers or harpsichordists, and sometimes even as composers of music for voice or harpsichord. Jacquet de La Guerre transcended these boundaries by composing music for larger forces as well, including an opera, a ballet, cantatas, solo and trio sonatas, and a Te Deum.

Elisabeth-Claude was introduced to the court of Louis XIV as a child, when she was declared to be a prodigy in the publication Mercure galant in 1677, the report detailing extraordinary musical abilities for one so young, claiming that she was only ten years old, and that she had already been playing at court for four years. She stayed within the royal entourage until it moved to Versailles, when she remained in Paris to marry the organist Marin de La Guerre in 1684. Three years after her death, she was hailed in Le Parnasse français as one of the most talented musicians of her era — an imaginative composer, improvisateur, harpsichordist, organist, and singer with supremely good taste.

Here’s the Gigue from her Sixth Harpsichord Suite, published in 1707. 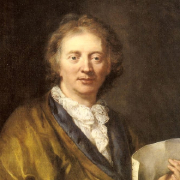 One of four court organists and teacher to the royal children, François Couperin (1668–1733) contributed to the reconciliation of European musical styles during Louis’ reign, particularly those of France and Italy. This is exemplified by his unusual chamber music set titled Les Nations: Sonades et suites de simphonies en trio, published in 1726 but embarked upon many years earlier. Couperin is best known today as a composer of harpsichord music, but he remained deeply involved in chamber music throughout his career. Couperin’s Les Nations combines some of his very earliest efforts at Italian sonata-form with his last great summation of the French classical dance tradition to create a true ’reunited aesthetic’, where the virtues of both French and Italian styles are set next to each other.

The four suites are titled: La Françoise, L’Espagnole, L’Impériale and La Piémontoise, from which I’ve selected the Passacaille from the Spanish suite that contains a brief rhythmic allusion to the chattering of castanets. 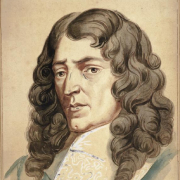 Court intrigue and rivalry was given musical expression in the relationship between Lully, whose works opened this blog, and Marc-Antoine Charpentier (1643–1704). While the former held a dominant position in the musical life of the French court during much of his career, Charpentier enjoyed a very considerable reputation largely outside it.

Probably born in Paris, Charpentier studied in Rome with Carissimi, acquiring a knowledge of contemporary Italian styles. Soon after his return he seems to have entered the service of the King’s cousin, the Duchess de Guise, Marie de Lorraine, later assuming the position of her maître de musique, which he held until her death in 1688, winning favour as a proponent of the Italian style that had been supported by the King.

He collaborated with the playwright Molière, after the end of the latter’s partnership with Lully in 1672, providing music in 1673 for his last play, Le malade imaginaire; and he continued to work with other playwrights of the Comédie Française under the restrictive conditions imposed by Lully.

A relatively brief direct association with the court came via his work for the Dauphin and a royal pension after his failure to achieve an appointment in 1683 as a sous-maître of the Royal Chapel, when he withdrew from the final stage of the necessary competition. He gave lessons to the most musical member of the royal family, Philippe II de Bourbon, the somewhat dissolute nephew of Louis XIV. 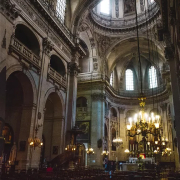 Although valued by the King and feared by Lully as a very possible rival, Charpentier won particular fame through his employment as maître de musique at the Jesuit Church of St Louis, known to contemporaries as l’église de l’Opéra through its employment of singers from that establishment.From 1698 until his death in 1704 he was maître de musique of the Sainte-Chapelle, a position of considerable importance in the musical establishment of the country.

Written for use in the Jesuit Church, here’s the opening of Charpentier’s Te Deum (H. 146).

Finally, we touch again on that friction driving opinions about the superiority or compatibility of Italian and French styles that played out under the Sun King’s purview. The Italian composer Paolo Lorenzani was born in Rome in 1640 and died there in 1713. A significant episode in his life, however, was spent in Paris, namely the period 1678-1695. Having been presented to Louis XIV, he quickly won the king’s favour who helped him secure the position of surintendant of the Queen’s Music, namely Queen Marie-Thérèse. Here he rubbed shoulders with the likes of Lully and Charpentier and, as an ambassador for Italian music, he tried to break the tyrannical stranglehold the former held on French musical life.

Much of Lorenzani’s music finds him adapting to French aesthetic taste, mastering French choral writing, and uniting French and Italian styles in an original way, with melodic lines gracefully unfolding. His motets divide into intimate works requiring modest forces, and those conceived on a much grander scale. As an example of the latter, we go out with a motet scored for soloists, four-part choir and strings: Antienne à la Vierge a 5 voix avec simphonie (Antiphon to the Virgin).