From the Naxos Blog: The sound of sparklers.

The oft-adopted adage “pressure makes diamonds” stems from massive pressure and ferocious temperatures combining beneath the Earth’s crust to produce precious stones of enduring value from the single element of carbon: chemistry and physics ultimately give way to craftsmanship and art in achieving the final product. Fortunately, composers experience more pleasure than pressure in producing their musical concepts of diamonds. Today, I’ve lined up six examples as musical earrings to compare. 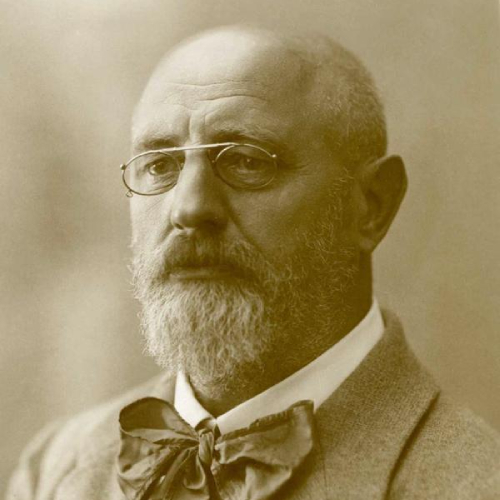 We begin with music by Jāzeps Vītols (1863–1948), the distinguished Latvian composer of some 850 works. Aged 17, he began his studies at the prestigious St Petersburg Conservatory, where his principal teacher was Nikolay Rimsky-Korsakov. After graduating, he himself joined the faculty; his students included Prokofiev, Miaskovsky and Shcherbachov. During his 32 years in St Petersburg, Vītols also became close friends with Anatoly Lyadov and Alexander Glazunov.

Vītols composed his 5-movement orchestral suite Dargakmeni (Jewels) in 1924 and dedicated it to Glazunov. Its five short contrasting movements are colourfully orchestrated: Amethysts, Emeralds, Pearls and Rubies are followed by the finale – Diamonds – that’s cast in the form of a bright, elegant waltz. 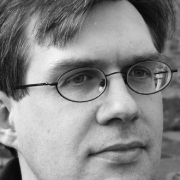 “It came to me that the soul is like a castle, a castle of diamond or very clear crystal. In this castle are a multitude of dwellings, just as in heaven there are many mansions.” Teresa of Avila (1515–1582)

This text served as the inspiration for The Castle of Diamonds, the fifth and shortest of seven movements in Luminosity by the British composer James Whitbourn. Completed in 2008, it was written for the unusual combination of choir and dancers. The focus in all the elements is on transcendent beauty and eternal love, while the libretto gathers together a collection of simple, profound and beautiful truths from luminaries down the ages, all exploring the timeless nature of creative love. 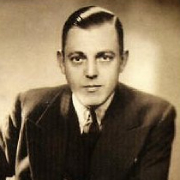 Our next diamond exhibits a completely different facet. It’s by the British light music composer Billy Mayerl (1902–1959), who began playing the piano at the age of three, won a scholarship to London’s Trinity College of Music at the age of seven, performed Grieg’s Piano Concerto in public at the age of twelve, and gave the first British performance of Gershwin’s Rhapsody in Blue at the age of twenty-three in the presence of the composer. Oh, and he also accompanied silent films.

One of his ambitions was to popularise jazz, ragtime and syncopated piano playing in general. His style of composition reflected his multi-faceted career and rarely deviated; it quickly fell out of fashion, but has remained unsinkable to this day. Written in 1933, Mayerl’s Four Aces Suite reflects the penchant he had for card games. He used aspects associated with the different suits to characterise each movement. Music linked to games seems to have been in fashion at the time: four years later Arthur Bliss produced his score for the ballet Checkmate and Stravinsky for Jeu de Cartes. 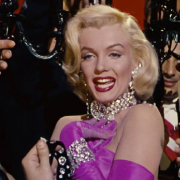 Gentlemen Prefer Blondes (or The Illuminating Diary of a Professional Lady) was written in 1925 as a comic novel by American author Anita Loos. It became a best seller, both in America and internationally, and was subsequently adapted as a comic strip (1926), a silent comedy film (1926), a Broadway musical (1949) and finally as a film adaptation of the musical (1953). One song is particularly remembered for Marilyn Monroe’s performance of it in the film adaptation — Diamonds are a Girl’s Best Friend — that tells of how their rock-solid allure never diminishes. As one of the stanzas goes:

Men grow cold as girls grow old
And we all lose our charms in the end.
But square-cut or pear-shaped
These rocks don’t lose their shape
Diamonds are a girl’s best friend! 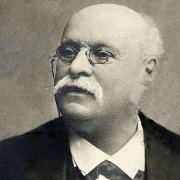 French composer Émile Waldteufel (1837–1915) studied and spent most of his life in Paris. He came from a family of musicians that established a dance orchestra for high-society events, which subsequently became one of the best known in Paris. The ensemble frequently played Émile’s waltzes and on one particular occasion in 1874 that was attended by the then Prince of Wales, the future King Edward VII was so impressed that he agreed to help launch his music in London.

Waldteufel’s good-natured personality is reflected in his music of charming melodies and gentle harmonies. Understandably, but rather regrettably, his talent was overshadowed by the achievements of the Strauss family. He wrote what is probably his best known work Les patineurs (The Skaters) in 1882. The original title of the waltz chosen for this blog was Pluie de diamants (1879), which means not only ‘diamond rain’ but also ‘shower of diamonds’ such as might be suspended from a lady’s neck at any elegant Parisian ball. We hear the latter part of this sparkling waltz.

I think there’s only one way to end, and that’s with a particular James Bond film released just over 50 years ago. Yes, it was in 1971 that the MI6 agent 007, played by Sean Connery (his sixth and last appearance in the role), got to strut his merry macho mix in the blockbuster Diamonds Are Forever. The New York Times hailed it as “a nostalgic journey down memory lane—by jet, by helicopter, by hearse, by moon machine, and by bare foot across deep-pile rugs to king-sized beds in hotel rooms as big as Nevada.” 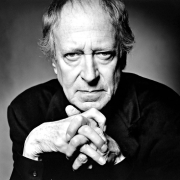 The original soundtrack, as with the previous Bond films, was by John Barry; the vocalist for the title song was the incomparable Shirley Bassey. We end by listening to an orchestral arrangement of the piece by Dieter Reith.