From the Naxos Blog: Ukraine scores.

In 1980, I sat in the Kyiv Opera House enjoying a performance of Verdi’s Il trovatore as one of a handful of British music teachers permitted entry into the USSR under an educational exchange scheme. I understand that the building now no longer exists, and that it didn’t die of natural causes.

During that same tour I was astonished to find a beachside market stall in Yalta selling sheet music by Arnold Bax and wondered just how the English composer had found a following in a resort city on the south coast of the Crimean Peninsula. Until, that is, I realised that the letter ‘x’ is the Russian representation of ‘ch’, and that Arnold had a way to go before catching up on Johann Sebastian in the popularity stakes.

Such memories got me thinking about Ukrainian-born composers, so here’s a small selection from the treasured scores they have bequeathed to us. I’ll let Theodore Kuchar, the conductor on my first extract, give context: 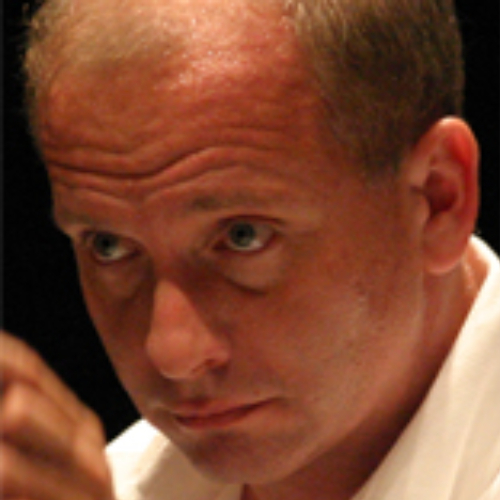 “During the first third of the twentieth century, Ukrainian society underwent several seismic shifts as a result of political instability and oppression. Following the long and bitterly fought Ukrainian War of Independence from 1917-21, the Soviet government introduced a new policy of tolerance and ‘Korenizatsiya’ — literally ‘putting down roots’ — allowing smaller Soviet nations and republics far greater control and freedom. This resulted in a vibrant, if short-lived, cultural renaissance, and the emergence of a new generation of artists, writers and musicians, who drew on both eastern and western models as well as looking to their own national heritage. Boris Lyatoshynsky (1895–1968) was a leading member of this new generation of Ukrainian composers, and is today honoured as the father of contemporary Ukrainian music.

That period of cultural freedom was to come to an abrupt end in the late 1920s, as Stalin took control and Socialist Realism became the new order of the day. Ukrainian national music was brutally repressed, Western European developments were condemned, and systematic purges and censorship were employed to enforce the new regime. It was not until the mid-1950s that the next generation of Ukrainian composers, all pupils of Lyatoshynsky, were able to establish a free avant-garde with the help of their mentor. 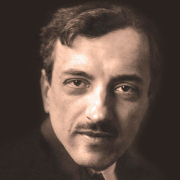 Lyatoshynsky’s Third Symphony, Op. 50, written in 1951 and revised in 1954, is generally considered to be one of his finest (and most frequently performed) compositions, and his most successful integration of nationalist and expressionist approaches. The work was first performed in 1951 at the Congress of Ukrainian Composers in Kyiv. The premiere caused a sensation, but Soviet censors were not satisfied and insisted that the composer would have to rewrite the last movement. This finale, which had initially borne the epigraph ‘Peace will defeat war’, had to be substantially altered — and the epigraph removed — if Lyatoshynsky hoped to see it performed again.

After several years of agonising indecision, he eventually offered a revised version in 1954; but it was only after yet more adjustment that the Party agreed to permit a performance, and it was premiered in Leningrad (St Petersburg) in 1955 by the Leningrad Philharmonic Orchestra under the direction of Evgeny Mravinsky.”

Lyatoshynsky’s teacher at the Kyiv Conservatory was Reinhold Glière (1875–1956) who was subsequently appointed professor of composition at the Moscow Conservatory, a position he held for the last 35 years of his life and where he was tutor and mentor to many gifted students, including Sergey Prokofiev and Aram Khachaturian.

“Glière is best known today for his brilliant Concerto for Horn, the ballets The Bronze Horseman and The Red Poppy (which includes the well-known Russian Sailor’s Dance), as well as his early Symphony No. 3 of 1911. Subtitled ‘Il’ya Muromets’, the work is a prime example of Glière’s lifelong penchant to compose music on national themes based on mythology and popular lore.

Symphony No. 3 offers a suite of four picturesque tone-poems inspired by the adventures of Il’ya Muromets, the legendary warrior from the Middle Ages of Mother Russia. With lavish tone-colours worthy of a Renaissance canvas, each movement tells a gripping tale from the saga, with florid themes, at times poetic, at times with ravishing effect. Leaving no doubt as to the sonic metaphor of each movement, Glière added a long narrative to the score in both Russian and French, from which the following commentary for the third movement is partly derived.”

At the Court of Vladimir, the Mighty Sun

In the castle of Prince Vladimir a grand feast is given for distinguished nobles and the invincible Bogatyr Knights. Scherzo-like music offers a glorious scène-de-ballet in the Bolshoy manner. Dance-like ostinatos frame a royal processional via heralding brass and strings. But when Il’ya Muromets arrives at the palace gate, Solovey, the Brigand, lets out his ferocious whistle and cry. At once the high roof of the palace shakes and bends, as all the guests and Bogatyr Knights are felled to the ground. Only Prince Vladimir remains standing. In retribution, Il’ya Muromets beheads Solovey in a single stroke. As a gesture of thanks, Prince Vladimir gives Il’ya a place of honour at his table. All the Bogatyr Knights recognise Il’ya as their leader as joy returns to the palace in resplendent A major. 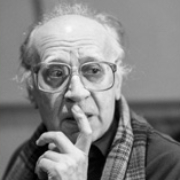 Time for something more peaceful and reflective, and to fit that bill I’ve chosen a choral work by Valentin Silvestrov, who was born in 1937 in Kyiv. He came to music relatively late, at the age of fifteen, and was initially self-taught. From 1955 to 1958 he took courses at an evening music school while training to become a civil engineer; from 1958 to 1964 he studied composition and counterpoint, respectively with Boris Lyatoshinsky and Lev Revutsky at the Kyiv Conservatory, before teaching at a music studio for several years. Silvestrov has been a freelance composer in Kiyi since 1970. Here’s the first of his 2 Sacred Chants, written in 2006 and titled Milist’ Miru (Mercy of Peace). 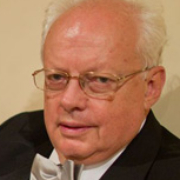 The Ukrainian composer Myroslav Skoryk (1938–2020) was born in Lviv in 1938. He graduated from the Lviv Conservatory as a composer and musicologist and went on to be awarded countless national accolades and titles throughout his life. But it was possibly a short piece he wrote for the film The High Pass that propelled him beyond specialist circles to the forefront of Ukrainian music. The film depicts the Ukrainian people’s struggle for independence after World War II, and Skoryk’s music communicates the spirit of the Ukrainian people and the tragedies they endured during their fight. It’s titled simply Melody.

In 1980, I sat in the Kyiv Opera House enjoying a performance of Verdi’s Il trovatore as one of a handful of British music teachers permitted entry into the USSR under an educational exchange scheme. I understand that the building now no longer exists, and that it didn’t die of natural causes.

I’m going to close more or less where I began, in that the performers on my last extract are the same as those that opened this blog: the Ukraine National Symphony Orchestra under Theodore Kuchar, who introduces the composer:

“As a Ukrainian, I am embarrassed to say that my association with the music of
Yevhen Stankovytch [b. 1942] came later than I would have wished. After having performed his Second Symphony for the first time … I was immediately ’knocked out’ by its massive energy and exploration of sound, a personal reaction so strong that I had never experienced with compositions of our time. 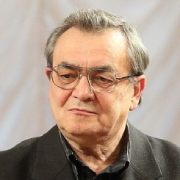 As was for so long the case with Boris Lyatoshynsky, Stankovytch is in my opinion a major composer, although unknown in the West. As was the case with so many composers in the Soviet era, their work and reputations were tampered with. I hope that [our recordings of his music] succeed in finally establishing a man and composer I admire as one of the great musical figures of the final third of the twentieth century.”

To end with, then, I’ve chosen a movement from Stankovytch’s Symphony No. 2, ‘Heroic’. Written in 1975, it was conceived by the composer as a protest against war, honouring those who perished and praising the bravery of humanity. Here’s the short finale that concludes with a strength of epic proportions.