Gerard Schwarz – A Life in Music 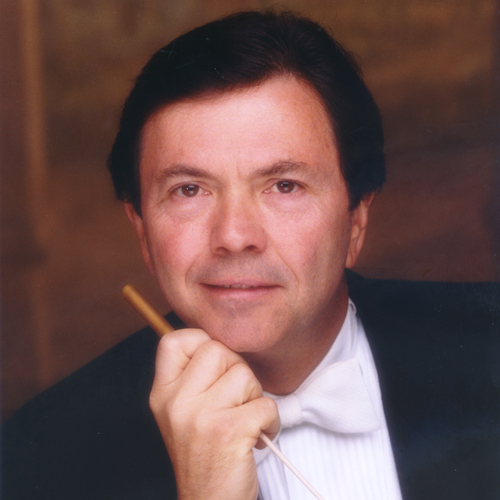 Gerard Schwarz, Music Director of Seattle Symphony since 1985, Principal Conductor of the Eastern Music Festival, and Conductor Emeritus of New York’s Mostly Mozart Festival, boasts an extensive, highly acclaimed and ever-growing discography on Naxos. He kindly took time out of his busy schedule to share some thoughts with Stephen Schafer on why he still feels like ‘a youngster in this extraordinary world of classical music’.

STEPHEN: Why did you choose music as a career? Was anyone or anything particularly influential?

GERARD: My parents are from Austria, coming to the United States in 1939. We all played the piano and I started when I was five. It was not something that was discussed, it was just a part of life. When I turned eight, I started playing the trumpet. At the age of twelve I went to the National Music Camp in Interlochen, Michigan, playing first trumpet in the Intermediate Symphony Orchestra. We performed Sibelius’ Second Symphony, and it was so moving and touching that I thought there was a possibility for a career in music. And that was the direction that I would pursue.

STEPHEN: Could you tell us something about your forthcoming Naxos recordings? Why these composers and these works? Among the wide range of music that you conduct there’s clearly a strong commitment to North American music involved. Does this repertoire need particular advocacy?

GERARD: All of the recent and forthcoming Naxos releases are of American music. I would say that my life as a conductor has been primarily music from the German-Austrian repertoire from the 19th century, and American repertoire from the 20th century. Clearly I’ve done a tremendous amount of Russian music as well, and recorded many works by Shostakovich. These Naxos recordings feature both of those directions of American music. 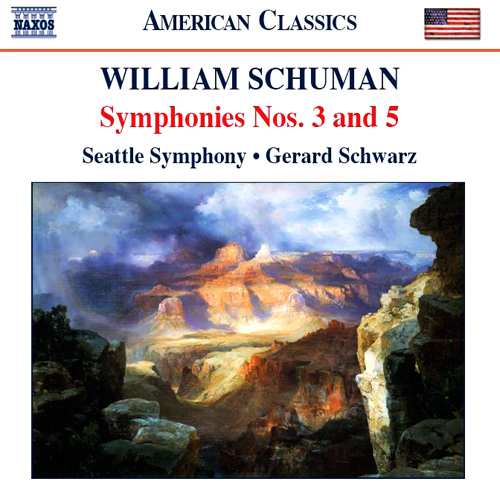 William Schuman, of course, was a great American composer and an extraordinary administrator as the President of the Juilliard School as well as of the Lincoln Center. He was a friend, and a brilliant, charming, wonderful man who made exquisite symphonies. We have Nos. 6 and 8 being released in 2009, and have completed recording all of these wonderful, very interesting works. They have a combination of harmonic back interest with some density, especially lyrically, that make all of his symphonies very personal and fascinating. [Schuman’s Symphonies Nos. 3 and 5 and Judith are available on Naxos 8.559317; Symphonies Nos. 4 and 9, Circus Overture and Orchestra Song on 8.559254; Symphonies Nos. 7 and 10 on 8.559255]. 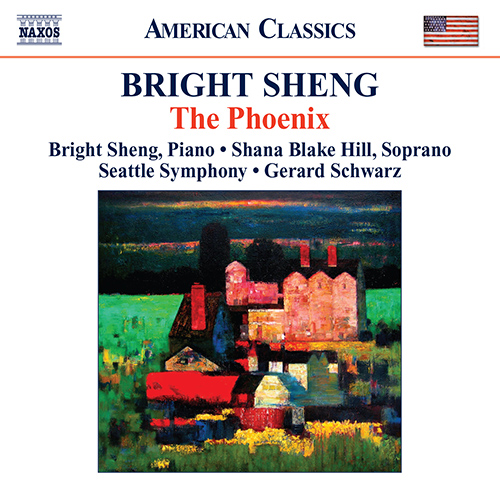 We have done a recording of Bright Sheng’s music, too. Bright was one of those composers that I identified as an extraordinary talent when he first came from China, probably about twenty five years ago. His music and his career have continued to evolve, and I continue to be a very strong believer in the power of his language, particularly of his technique and purpose as an artist. This is first recording of his music that I have done, and it is one that I am particularly proud of. [Bright Sheng’s Red Silk Dance, Tibetan Swing, H’UN (Lacerations) and The Phoenix, performed by Bright Sheng, Blake Hill, Seattle Symphony Orchestra, conducted by Gerard Schwarz was released in March 2009 on Naxos 8.559610. 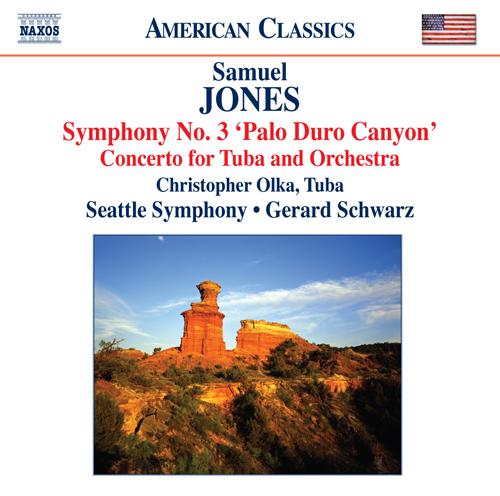 Sam Jones’ Tuba Concerto and Symphony are both marvelous works. Sam has been our composer in residence here in Seattle for many years, and has done such an exquisite job educationally, and has been a great advocate for new music. His contribution to us cannot be overstated. The Tuba Concerto is one of three concertos that he has written for our solo brass performers, having completed his Horn Concerto last season and his Trombone Concerto this season. I wanted a tuba concerto because, except for Vaughan Williams, this is an area of repertoire that needs encouragement. We happen to have one of the greatest tuba players in the world in our orchestra and it is a natural for me to bring the talent of Chris Olka and Sam Jones together to bring this incredible work to life. And of course, now to Naxos to help us bring it to a large world wide audience. [Released in February 2009 on Naxos 8.559378]

Deems Taylor was an important cultural figure. Most famous for shaking hands with Mickey Mouse in Walt Disney’s Fantasia and being a nationally syndicated broadcaster. And he is a wonderful composer. He has two operas, Peter Ibbetson and The Kings Henchmen and both are extraordinary works. I feel that Peter Ibbetson, after its great success at the Metropolitan Opera, has been regrettably unperformed. I find its story to be poignant, the music to be exquisite. It is my hope that with this recording a new staged production will be thought of by one of the wonderful opera companies. [Naxos’s recording of Peter Ibbetson will be released in July 2009.]

STEPHEN: Is there such a thing as a distinctly ‘American accent’ in classical music? Is each composer today basically trying to ‘find their own voice’ among the multitude? Or is classical music becoming ‘globalised’, creating an international discourse? What does music tell us about our own times?

GERARD: These questions are especially difficult. Every composer, of course, is different. Some compose in a more idiosyncratic American way, Russian way, or French way. Others become more internationalists. I think the key really, is not the country of origin so much as that the composer should have a distinctive voice, whether it is one with a Chinese influence like Bright Sheng, or an American influence like Sam Jones. I think the personality of the composer is more important than their place of birth or where they are living.

‘I have never considered classical music to be mere entertainment.
Of course some classical music is entertaining, but I do believe that it has a much deeper spiritual message and that it helps us look beyond the mundane.’

Classical music, in a sense is becoming globalized when one considers that in the 19th Century most music was written by Europeans, and most of them were white, and most of them were men. The world has changed a tremendous amount since then, and great composers are great whatever their gender or nationality. We are also finding, I think, that the tremendous European influence that existed in the 18th and 19th Centuries is no longer there, and there is now a tremendous influence of music from Asia, music from the Middle East, and a tremendous influence from popular music. I think all of this is reflective on the time we live in, great art is certainly international, it is not restricted to any group or any sex, and I believe this to be extremely healthy and wonderful, and has the possibility of making classical music have a much broader audience. One can appreciate more nationalistic music at the same time that one can appreciate international composers, and I think we are at the point where even compositional styles can be greatly appreciated. One doesn’t only need to find the next new voice or the possibility of gimmicks to attract an audience, and to inspire musicians.

STEPHEN: Why is classical music important – to you? to audiences? to society? Is it just an expensive form of entertainment or does it have a deeper, perhaps more universal, purpose?

GERARD: I have never considered classical music to be mere entertainment. Of course some classical music is entertaining, but I do believe that it has a much deeper spiritual message and that it helps us look beyond the mundane, it helps us look beyond the limitations of language, in an emotional and spiritual way, it can be life changing, and it can be very positive force for goodness in society and in life. That is not to say that if you appreciate great classical music it will make you a better person, but there is that possibility.

STEPHEN: What do you do outside of music? Do your non-musical interests/activities feed into your musical life or are they quite distinct?

GERARD: I was a very active skier, but after an accident last season, I have stopped that. I am a very active tennis player, and I am an avid reader. My family is very important to me, not only my wife and four children, but I now have two grandchildren, and I look forward to many more. I am interested in politics, philosophy, and yes, it does affect the way one looks at music. I am interested in leadership in general. As a conductor, you have put yourself in a leadership position, and I continually learn from great leaders how to be a better leader.

STEPHEN: Had you not become a musician what career might you have undertaken?

GERARD: If I was not a musician, it is hard to imagine any other career. Probably as a lawyer, or possibly in the political arena.

STEPHEN: Is there anything else you’d like to take this opportunity to say? to music lovers? to those who have yet to ‘discover’ music? to young musicians just starting out?

GERARD: I have been very lucky in my life, not only with a wonderful family, but with a great life in music. At my age, which is at this moment 61, I feel I am still a youngster in this extraordinary world of classical music. Learning more every day, experiencing new works and great artists, analyzing performances to always look for a greater meaning in what I do. It is a great time to be in our world because I do believe that the world of classical music is becoming more and more meaningful to of course not only to those of us who are in it, but to society at large, and I do believe that the availability of the recordings on Naxos has helped this tremendous cause.