In the Studio: In Love with Zoltán Kodály

When Naxos asked the Buffalo Philharmonic to record the orchestral works of Zoltán Kodály, I had no idea of how deeply the orchestra and I were going to love the brilliant Hungarian world of this extraordinary composer. Kodály’s orchestral output is relatively small (two albums can encompass the works), as he spent a good part of his life collecting and collating folk music of his country and also devising the vibrant and ubiquitous method of music education that bears his name. The orchestral works are astonishingly colourful, rhythmic and brimming with the fragrance and spirit of his country. In our first recording, we presented his Peacock Variations, Galanta Dances, Marosszek Dances and his little-known Concerto for Orchestra (a work of genius). For this companion album, we had the pleasure of recording his beloved Háry János (tremendous fun), and discovering his Symphony and Summer Evening.

Háry János, possibly the most often performed of Kodály’s works, is the charming story of a veteran soldier and the “tall tales” he spins about his life (including winning the love of the Empress and defeating Napoleon’s armies singlehandedly!). Háry János is a dreamer, a Hungarian “Don Quixote” who makes us laugh and wonder, and makes life a little brighter for all that hear him. Kodály has this touching description of him – “Hary’s stories are not true, but that is unimportant. They are expressions of the beauty of the fantasy that he builds for himself and for others, an artistic and absorbing world of imagination. We all dream of impossible deeds of glory and grandeur, but we lack the naive courage of Háry and dare not reveal them. A deeper significance is given to the story through its symbolism of the Hungarian nation, whose longing for freedom can only be fulfilled in dreams.” Sadly Kodály did not live long enough to see his country gain its freedom, but his hope and optimism – and sense of humour – shine in this wonderful music.

The orchestra for Háry János is large and opulent, as are the stories, with ringing percussion, powerful brass, exquisite writing for woodwinds and virtuoso gypsy strings. Also included is the national instrument of Hungary – played everywhere in that part of Europe even to this day – the cimbalom. A large hammered dulcimer, the instrument, played on our album by virtuoso Chester Englander, gives Háry János the inimitable sound of the Hungarian people and their musical artistry.

Also on the album is Kodály’s Summer Evening, inspired by that gentle time of day in that beautiful season. The piece has an ancient, eternal quality, using modal melodies from long ago decorated by arabesques of Hungarian folk music. A study in nature painting, it is a place of pastoral tranquility. In his words, Kodály “conceived this work on a summer evening, amidst the cornfields, listening to the ripples of the Adriatic Sea.”

Kodály’s Symphony developed over a thirty-year period. “I was busy with more important work”, he explained, “I had to educate a public” (referring to his Kodály method of music education). With the encouragement of Arturo Toscanini, who loved his music, Kodály was able to finish the piece in 1961, dedicating it to the memory of the Maestro. Largely unknown, it is a singing and vital testament to the Hungarian people and their music, brimming with energy and beauty.

It is the profound hope of the Buffalo Philharmonic that both of our recordings dedicated to the music of Zoltán Kodály will inspire widespread performances of his works. His individual voice and outstanding genius greatly inspired us all, and we thank Klaus Heymann again for his vision in supporting the Buffalo Philharmonic on the “musical road less travelled”. 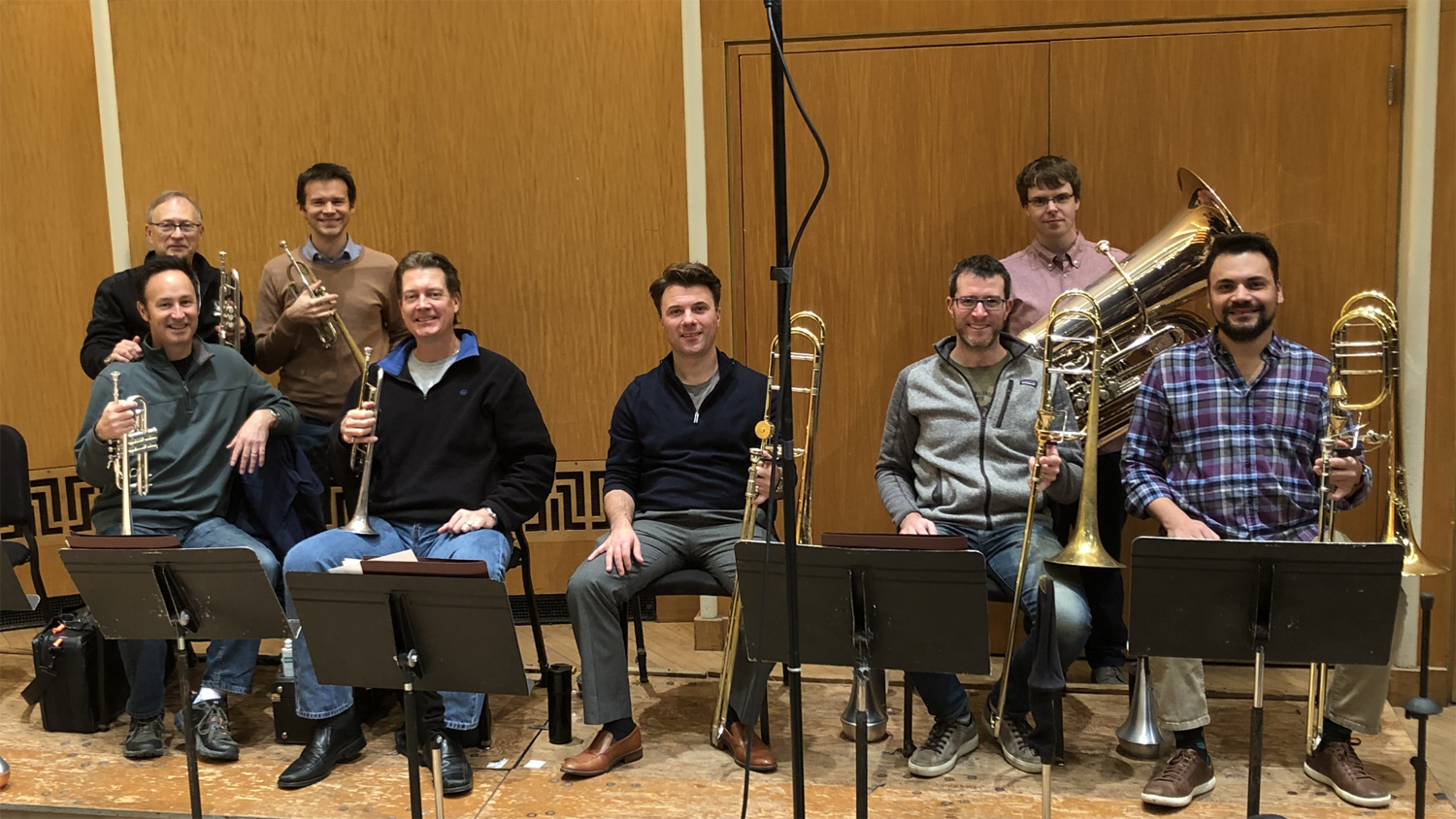 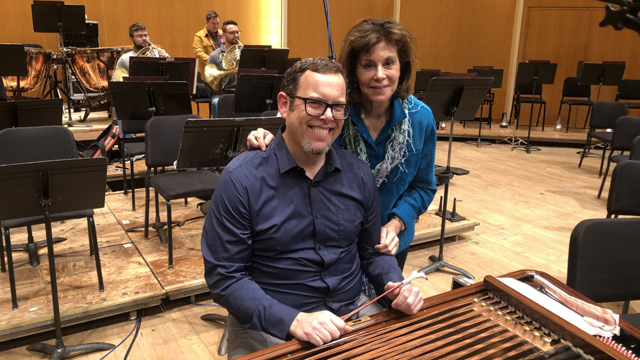 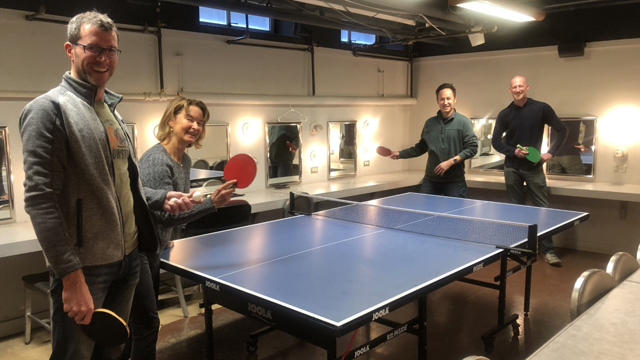 Taking a break during rehearsals 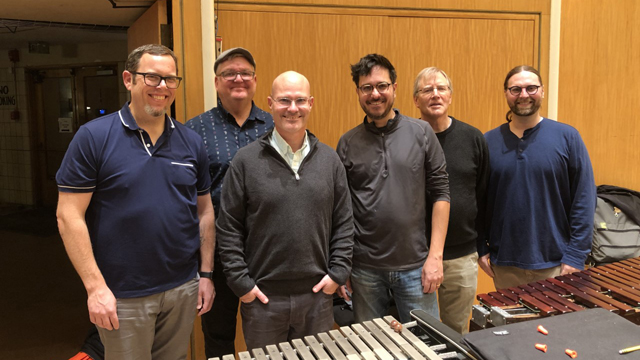 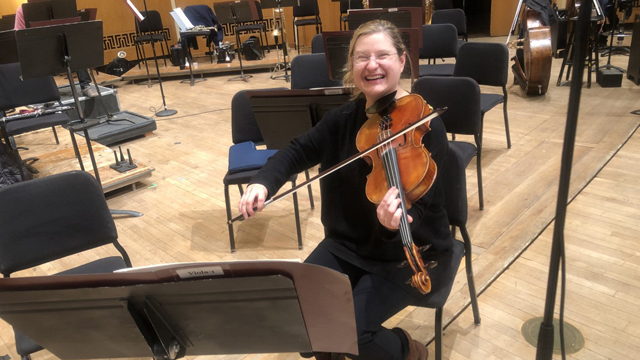 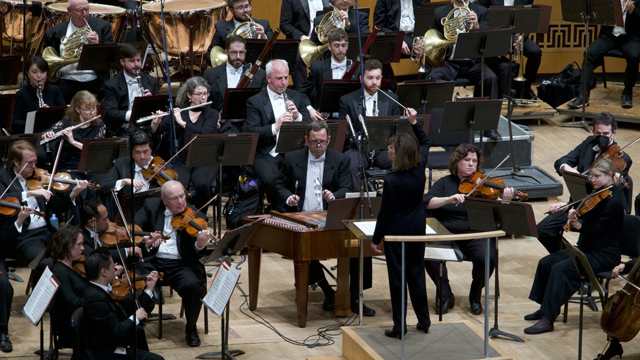