In the Studio: Rosemary Tuck meets Albert Ketèlbey in the mystical land of Oz 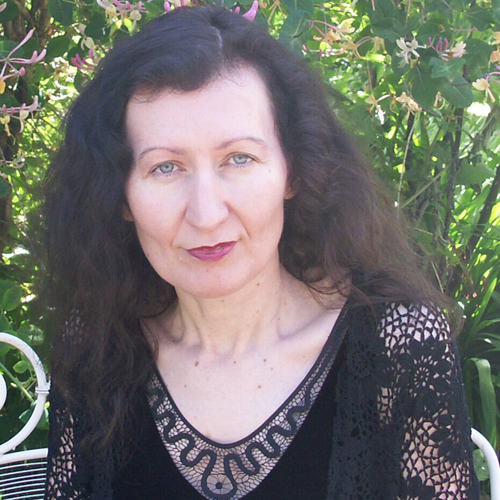 Long before Madonna’s lucrative three-word ‘Like a Virgin’ spin-offs, Albert Ketèlbey had his own attention-grabbing four-word version: In a Chinese Temple Garden, In a Monastery Garden and my favourite of all, In a Persian Market. Aged 7 or 8 in Australia, on a cattle farm which bordered on the wide Macleay River in New South Wales, I would be poised excitedly in the living room with several makeshift costumes, ready to perform this masterpiece while my mother played the piano: a towel around my head for The Beggars in the Market Place, an unfortunate sheet for The Caliph Passes and my pièce de resistance, a pink nylon Found it at Fossey’s number for giving my best shot at the The Princess Approaches. We would follow that up with a jaunty duet, the title of which would be banned today.

I had yet to have my first piano lesson, but this music would conjure up a whole new dimension with vivid images of exciting lands and people. It would speak immediately and directly to me, and in the process provide just about the happiest form of escapism; and all from just one room, with a trusty upright Beale in the corner. Obviously the people who bought Ketèlbey’s music in their thousands felt something similar too. It was fun, tuneful, unpretentious, sentimental, beguiling, charming and accessible.

Albert Ketèlbey (1875–1959) had written a piano sonata aged 11, which was performed before an audience including the great Edward Elgar if legend is to be believed, and by thirteen had won a scholarship to London’s Trinity College of Music. Published pieces appeared while he was still at college, but it was during 1915, amid the turmoil of the First World War, when things really changed for him with the publication of both In a Monastery Garden and Tangled Tunes.

Striking and lavishly illustrated covers were created specially for his music, which began to appear in both piano and orchestral versions, and such became his popularity that by 1920 Musical Opinion was to announce Ketèlbey as “the One Great Bright Spot at the present time.”

Across the land in living rooms and parlours, that tricky time before dinner would be filled at the piano with a good wallow in Sanctuary of the Heart or an intrepid trip through In the Mystic Land of Egypt. Bands up and down the country would grandstand his music and Ketèlbey himself would tour in yearly seaside concerts, on occasion taking to the piano as soloist himself. His light music had emerged with perfect timing to see people through the war, feeding the increasing desire for escapism, dancing and feel-good tunes.

By 1929 Ketèlbey was announced as “Britain’s greatest living composer” by the Performing Rights Gazette, and performances of his works outnumbered all others. Broadcasts in 1933 alone numbered 1,580.

Alongside the huge popularity and glittering success of Ketèlbey’s light music, the other sides to this enigmatic composer are perhaps best illustrated through his piano music. A flood at his home had destroyed many of his manuscripts, including a piano concerto. We know some of his famous light melodies were originally the second subjects lifted from his more serious works. Ketèlbey himself said he “murdered his innocents” in this way. In his own experience the more serious the work, the less chance it had of earning the cost of production.

Of these, Vodorinski was the most important. He generally wrote as the name suggests, in a highly pianistic grandiose style, with studies, suites, legends and significant programmatic works all bearing the weight of the great piano tradition. There is even his own C sharp minor Prelude which, similar to Rachmaninoff’s title of the same name, also became a sparkling success.

Above all, however, it was Ketèlbey’s innate ability to paint a musical scene which emerges as dominant and successful across his writing. Whether it’s as light music in Bells Across the Meadows or a River Reverie, the descriptive music of Three Fanciful Etchings or a Vodorinski Vignette, or vivid scenes for the movies with A Woodland Story, this ability to paint pictures remains constant. And so, perhaps fittingly, it is for this that he has become best remembered.

Emerging today from a world pandemic which has rocked the world in a similar way to the First World War, Ketèlbey’s music can act as the perfect antidote to help us all move forward, plan ahead and begin to smile again. 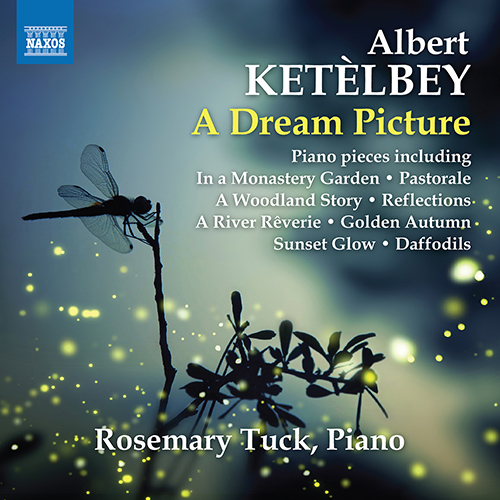