On November 9, 10 and 11, the Buffalo Philharmonic under conductor JoAnn Falletta recorded two ‘new’ works by Franz Schubert for Naxos. The orchestra performed and recorded a world première of a complete version of Schubert’s beloved Symphony No. 8, “Unfinished”.

Since Schubert’s death at the age of 31, the Unfinished Symphony has been a bit of a mystery, but research has shed new light on the composer’s original intentions. Schubert himself fully sketched the third movement for piano, and wrote twenty measures for full orchestra, giving a clear template of his plan for orchestration. Using these materials, Schubert scholar Brian Newbould completed a beautiful realization of the scherzo. The fourth movement was drawn from Schubert’s incidental music to Rosamunde. The composer had received a commission for the Rosamunde music while composing the Unfinished Symphony. In dire financial need, Schubert re-directed the material of the fourth movement into the large orchestral ‘entracte’ of the play. Composer Mario Venzago reclaimed the music from Rosamunde and fashioned a dramatic finale to the symphony, creating a powerful and fully realized symphony.

The other work on the CD is equally unique—a stunning transcription of Schubert’s tragic Death and the Maiden quartet for full orchestra by composer Andy Stein. Using authentic Schubertian orchestration, Stein has given us a ‘new’ symphony in D minor, filled with dark passion and poetic lyricism—a brilliant expansion of Schubert’s quartet masterpiece. Sessions took place at Kleinhans Music Hall, Buffalo. 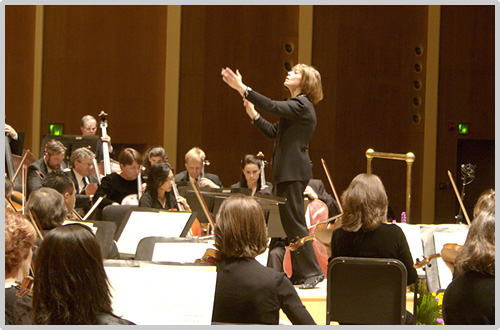