The Naxos Music Group expresses its condolences at the news of the passing of pianist Michael Ponti, a week before what would have been his 85th birthday.

Although born in Germany, Ponti was raised in Washington DC in the United States. At the age of eleven he gave a public performance of Bach’s Das wohltemperierte Klavier, subsequently returning with his parents to Germany in 1955 where he continued his studies at the Hochschule in Frankfurt.

Winning first prize at the Busoni Competition in Bolzano in 1964 launched him on a successful career. He made his debut in Vienna not long afterwards with five performances of Bartók’s Piano Concerto No. 2 with the Vienna Symphony Orchestra conducted by Wolfgang Sawallisch.

Famous for his lengthy concert programmes, Ponti revelled in technically demanding works of the nineteenth century, particularly the less familiar ones. His first LP for Vox/Turnabout was of the prodigious Piano Concerto in F minor Op. 16 by Adolf Henselt (1814–1889). This began a long association with the label for whom he recorded a huge amount of forgotten music of the nineteenth and early twentieth centuries. At the time, these were often the works’ only recordings.

For Deutsche Grammophon, Ponti accompanied baritone Dietrich Fischer-Dieskau on an LP of songs by Charles Ives. For Naxos, he recorded Liszt’s Études d’exécution transcendante d’après Paganini and Brahms’ Variations on a theme of Paganini Op. 35 in 1984; the following year he added recordings of Brahms’ Variations and Fugue on a theme of Handel Op. 24 and Liszt’s Variations on Weinen, Klagen, Sorgen, Zagen and the Fantasia and Fugue on B-A-C-H. 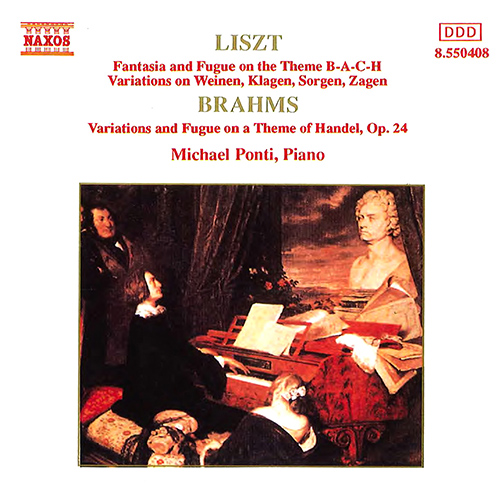 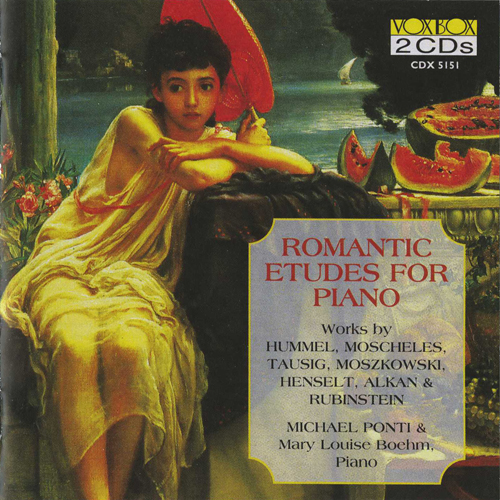