Naxos founder Klaus Heymann on what lies ahead for classical recordings 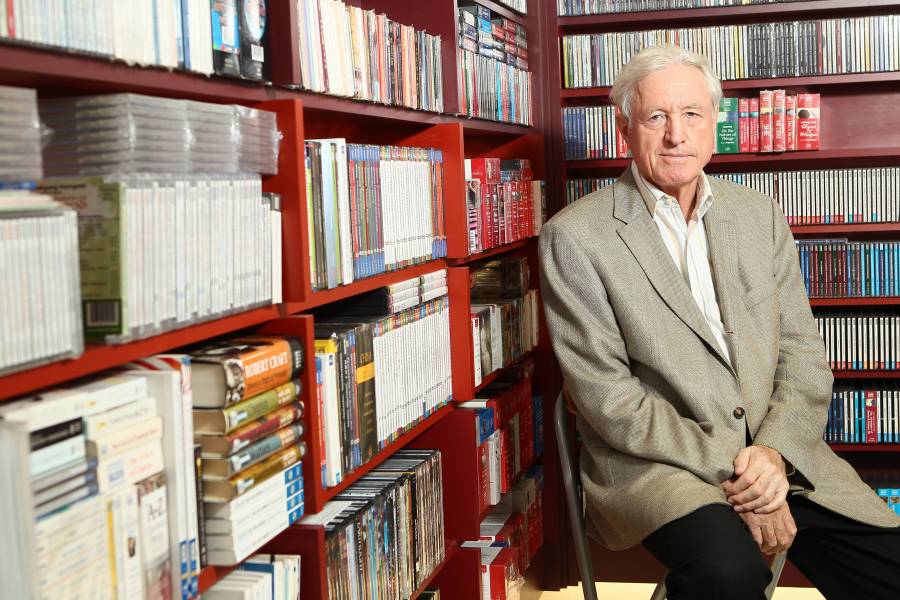 Looking to the future: Klaus Heymann founder of Naxos

‘The future will be an all-you-can-eat formula’

Gramophone met up with Klaus Heymann, founder of Naxos, to find out his views of the future of the classical recording business and the role Naxos will play in it.

Gramophone: Describe the challenges the rapid growth of online music has posed you.

Klaus Heymann: We have to be quite clear about the fact that there will be the CD—or a physical carrier—for many more years to come. The classical CD is not declining at the same rate as pop or rock. This year, if we look at various territories for the first four or five months, it’s actually pretty stable—some are down, some are up, but on average I think CDs this year will be the same as in 2009. We don’t have that rapid decline.

G: How would you explain that—is it the collecting aspect connected to classical music?

KH: I think we are basically down to the core collector. And I think that’s at a stable level. Any changes in sales are more due to repertoire, or one-offs—like in Japan, where Harmonia Mundi sold 100,000 copies of Nobuyuki Tsujii [pianist, and Gold Medal winner of the Van Cliburn Competition]. These kind of things can change it dramatically. But by and large I think we’ve now found a fairly stable market for physical product. Beyond that of course we all look at where will it happen online—what is there beyond the physical business? And it looks like downloads will not be it.

KH: Well, the growth in downloads has slowed down dramatically. There’s a bit of growth, but it’s not at the same rate. Again we’re talking about classical music, but I doubt it will go above 20 per cent of total sales. And 80 per cent physical. Possibly a little higher than 20 per cent in the States, and the speed of development is different in different markets. I think the future of listening will be an all-you-can-eat formula where people pay a flat rate, per month or per year, and they can listen to as much as they want. This is the model of our music library, and now our video library, of the Spotify premium model, or Rhapsody. It will happen on TV as well—I think we will not be interested in watching 150 channels and looking for what might be on at that moment. But if someone wants to watch Parsifal, they want to watch it now, and they can watch it. We’ll still see what we call linear channels, but more and more it will be an ‘on demand’ service. That will be the future. What form it will take—whether the service will be offered by broadband providers, ISPs, by telephone companies, by cable TV, electricity companies—nobody knows yet.

G: But for now, for you, it’s still through a Naxos site?

KH: There is the Naxos Music Library, and the Naxos Video Library, but if anybody comes with a similar concept then we are happy to offer our content. I think there will be many different operators trying different kinds of formula. And so if they want to download our content, and pay for the hard disc, here it is and see what they can do with it. At the end of the day, if you look at when downloading first started and more and more sites sprang up, we thought ‘we have to be on all of them’. But at the end of the day there are no more than 10 sites that can actually sell classical music. There’s iTunes, there’s Naxos Music Library, probably second now, there’s eMusic, ClassicsOnline is probably fourth, then there’s a bit of Rhapsody, a bit of Napster, there’s ArkivMusic, there’s Classical Archives. So instead of being on all the sites, it turns out that certain sites can sell classical musical, and others cannot.

KH: I think the selection. The kind of traffic sites can generate. For example on our ClassicsOnline website the traffic is static and we’re trying to figure out why. Our naxos.com website has more traffic, so we’re now considering putting downloads on naxos.com as well to see whether together the two sites show growth. It’s a lot of effort generating traffic—you know this. The conversion rate is very steady, 1.5 per cent of people who visit the site buy, but the traffic doesn’t grow. But the Music Library is showing very strong growth.

G: When you started the Music Library it was very much aimed at academic institutions, conservatoires, and so on.

KH: Well, it’s still universities and music schools which account for a large percentage of users. More and more professional musicians use it. If you talk to Marin Alsop or Leonard Slatkin, they say they can’t live without it any more. They use it for making programmes and listening when they travel. There’s an iPhone application now, and we’re working on Blackberry and Android applications—that’s more and more attractive to professional musicians. If a cellist is building a programme of French cello music, and they want a piece that is 11 minutes long, they can type in ‘10–12 minutes’, ‘France’, ‘cello’, click—and all the pieces come up.

G: So the functionality is specifically designed with that audience in mind?

KH: That’s right. And you can also find the publisher, and instrumentation—we’re building more and more features into it. We have GCSE, A-level, Baccalaureate music programmes in there, we have a Canadian music programme in there—we’re building more and more into the site. We have playlists of all the major exam boards—ABRSM, Guildhall, and so on.

G: Are you going to create a new front end for a more general audience?

KH: Yes, we will have a consumer site. This will be integrated with the download site. You can download, you can order the CD or DVD, or you can buy a streaming subscription.