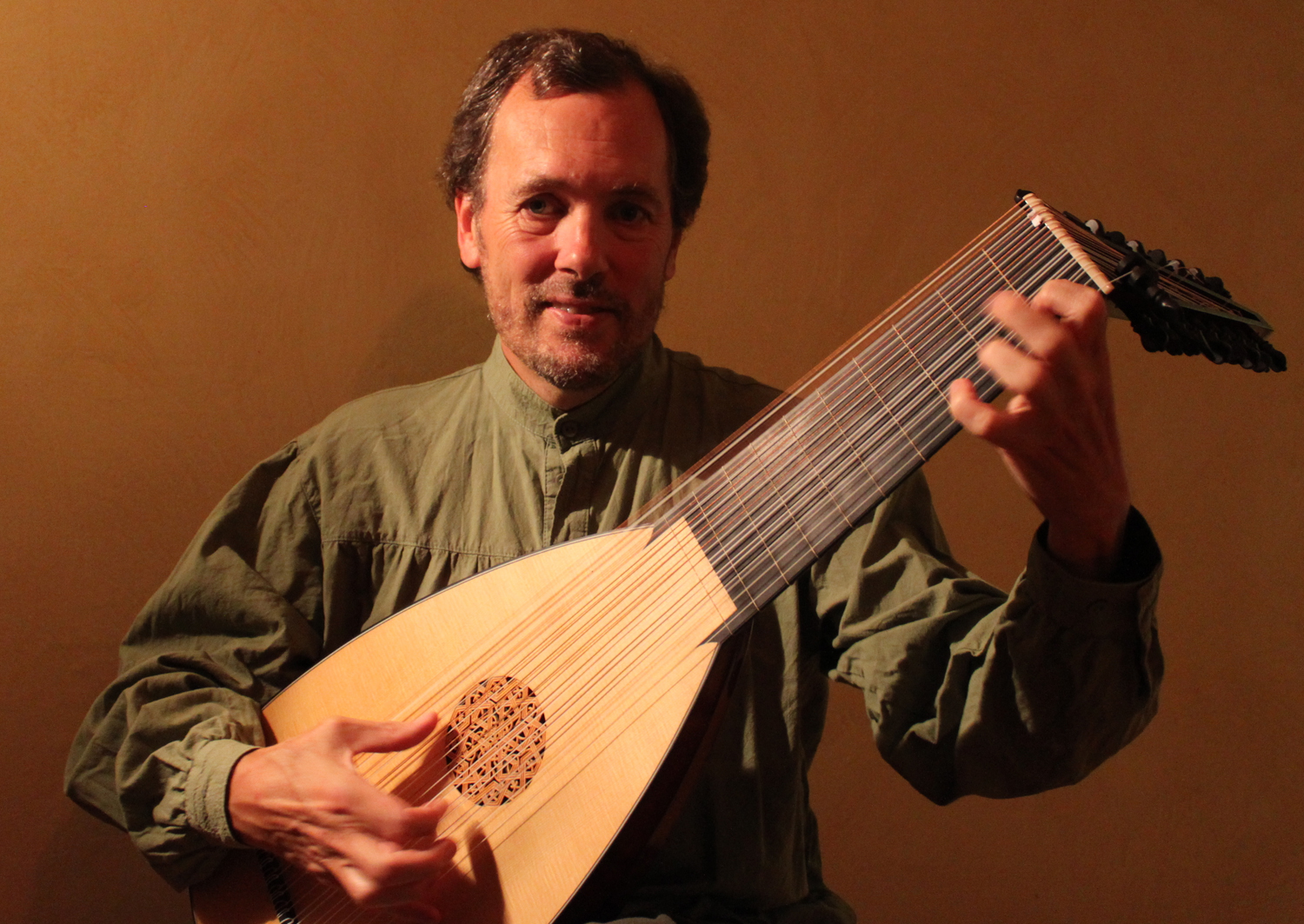 British lutenist Nigel North has been sharing music with audiences for nearly 30 years, and has already released three volumes of John Dowland’s lute music for Naxos. The fourth, The Queen’s Galliard (8.570284), is scheduled for release in May 2009. Recently, he discussed his abiding love of Dowland’s music with Stephen Schafer and mused about what he’d do with a million dollars.

STEPHEN: How did your series of Dowland recordings for Naxos begin? Was this a project you particularly had in mind or was it proposed to you?

NIGEL: Well, it was both, really! Before 2002 I had actually made two Dowland recordings. One disc for Decca in 1977, part of a 5 disc complete set, and the other for Arcana in the early 1990s. I had always wanted to learn, play and record all of Dowland’s music. There is nothing better than a recording project to make that happen. The recording producers in Toronto, Bonnie and Norbert Kraft (both musicians themselves) approached me and asked if I would be interested in making some Naxos recordings. Dowland seemed an obvious choice to us all, even though there were already 2 other “complete” sets out already (Paul O’Dette and Jakob Lindberg—both excellent and very different.)

STEPHEN: What is special about Dowland’s music? How does it compare with the music of his predecessors, contemporaries and those who came after him? Why is it so popular today?

NIGEL: Sometimes I do find it hard to say why a composer is good, well liked, obviously a cut above many others. There is something indefinable about a genius. If you hear a Purcell song, for example, after any from one of his contemporaries, Purcell shines out like twenty suns. I find the same with Dowland. His music is very melodic, very tuneful. It’s naturally written for the lute, which doesn’t mean it’s not difficult at times. His counterpoint is excellent and most rewarding to play, and he does have such a variety of expression hidden there in the music, waiting to be revealed. He has so often been labeled as a melancholy composer, but I hope that the way I have presented his music in the 4 CDs, will show that this view is not really correct.

Compared with other lutenist-composers? He is professional, serious and light hearted, and has a particular way of writing for the lute which can only be Dowland. Through his music we can have an excellent glimpse of what his own playing must have been like.

STEPHEN: Post-Dowland, are there plans for future Naxos recordings?

NIGEL: Well, we have already recorded the complete works of Robert Johnson. One CD! Johnson was a colleague of Dowland’s at the Stuart courts of James I and Charles I. Johnson was of a younger generation and his music is of another style, also with its depths, but with a very different way of using the lute for expression. The Robert Johnson CD should be out in 2010.

I would like to record some 17th century French music, and we are at present discussing this.

STEPHEN: If you could invite any composers, performers, artists (or anyone at all) to an ideal dinner party, who would they be and why?

NIGEL: I am not a big dinner party fan, actually. I find I can’t concentrate on talking with one person, if there are too many people around and if there is wonderful food to eat. However, if we were to gather a few people, for coffee maybe, then it would have to include Dowland, Monteverdi and Bach—and I would want them all to play, or sing, to know how they really wanted their music to sound. And from the art world I would bring Vermeer and Klimt. Two very interesting characters from very different ages.

STEPHEN: Who have been the major influences on your musical career?

NIGEL: First and foremost, Robert Spencer, English lutenist and singer. I had a few lessons with Bob when I was around 16, just starting on the lute. Very soon after that he passed on work to me and it was through Bob that I met and played with David Munrow, Alfred Deller, Christopher Hogwood, and many others. Bob was a wonderful musical father figure and without him I wouldn’t have got started. He was also the key in showing me how important text and communication is, in songs and in instrumental music. A great support. If I were only to choose two people, then the other would be John Toll, harpsichordist. He was like a musical brother to me; we could sit down and play basso continuo together and not have to discuss much. By playing with John for over 15 years I learnt the most that I have ever learnt from anyone, and we had such a good time making music. I miss Bob and John, and often dream of them, as they are still very much with me.

There are many, many other musician friends in the past and the present. A list would need to include Maggie Cole (harpsichord), Gusta Goldschmidt (lute teacher in Amsterdam), Michael Schäffer (lute) , Kate Clark (traverso) and Gustav Leonhardt (harpsichord).

STEPHEN: Do you have any advice for young musicians who are studying or about to embark on careers?

NIGEL: Keep hold of the love of music, whatever happens to a career. And specialise—especially in “Early Music”. Find a music world which really fits your soul, and inhabit that.

STEPHEN: Had you not become a musician what path might you have taken?

NIGEL: I never considered anything else until I was about 30. (Definitely NOT a sportsman nor a politician.) Until I was into my 30s, I just knew I had to play the lute. However, if I did switch I would want to be involved in alternative therapies, most likely a psychotherapist (shrink!). About once a year I do go through the thought process of training for this and finding an office and beginning helping people. It seems like a very parallel track to being a musician and teacher—just without the travel and the practicing/performing anxieties.

STEPHEN: If someone offered you a million dollars, no strings attached, what would you do with it?

NIGEL: Interesting. Unfortunately a million US dollars doesn’t really go too far these days. Could we travel back in time to 1960 and try again?

STEPHEN: Ha! Ha! How about a blank cheque, then?

NIGEL: Given sufficient money, I would find a large property in Europe, and make a residential centre were there could be master classes, a festival and a recording studio—and I would run all of these concurrently with a Yoga school and an excellent espresso bar with poetry readings from visiting poet friends.

Realistically, with a million dollars, today, I would pay of my mortgage and debts, give up my teaching job, (I love teaching actually!) slow down, spend more time with my 3-year-old son, and invest what was left so that life and music can be enjoyed without worries!