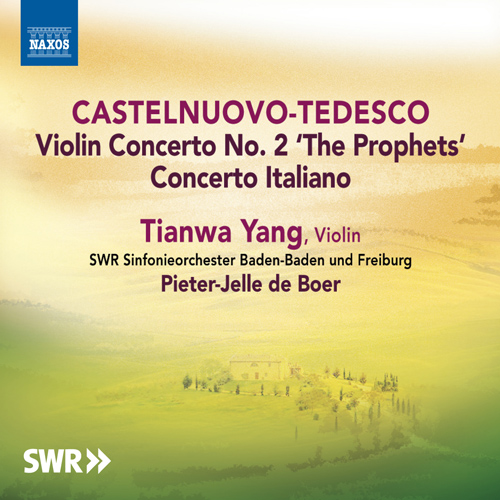 Once in a while you hear such incredibly beautiful music for the first time that you just can’t understand why it has remained under wraps for so long. The Violin Concertos Nos. 1 and 2 by the Italian-born composer Mario Castelnuovo-Tedesco are a case in point. Originally championed in the 1920s and 30s by no less an artist that Jascha Heifetz, they now have a 21st-century advocate in the brilliant Beijing-born violinist Tianwa Yang. Raymond Bisha introduces us to these hugely attractive concertos that bear the colourful and lyrical hallmarks of a prolific composer and seasoned writer of film scores.