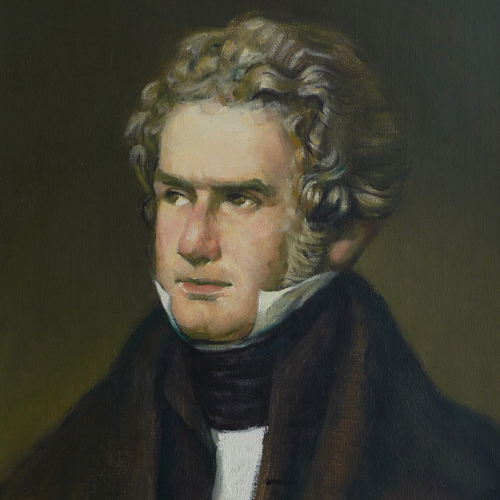 Ferdinand Ries (1784–1838) is one of many talented composers who enjoyed a fine career, but whose achievements after death were largely forgotten because of Beethoven’s overpowering presence in 19th-century music. I was familiar with Ries in his role of early biographer of Beethoven (he and another childhood friend from Bonn, Franz Wegeler, published a volume of reminiscences of Beethoven in 1838), but came to know his music only in the last decade, when I recorded his fantasy, The Dream, as part of a recording project called “Beethoven and His Pupils.” Much of Ries’s music—symphonies, string quartets and other chamber music, and piano concertos—is now becoming known through recordings.

But my involvement with the piano sonatas began in 2004, when I was asked by a Dutch record company if I would be interested in recording Ries’s first two piano sonatas, Op. 1. Would I indeed! Upon obtaining copies of the original edition from the Library of Congress, I studied them and was astonished at the originality of their melodic ideas, harmonic language, and keyboard writing. I recorded the two sonatas some months later, and began to search out his other piano music. Fortuitously, I learned about an American musicologist, Dr. Kathleen Lamkin, whose dissertation was a study of Ries’s solo piano sonatas. None of it was in print; she had obtained copies of the original editions of the sonatas from various European archives for her study, and generously made duplicate copies for me. My fascination with and love for the music grew deeper as I learned the twelve new sonatas, and I was astonished that only two of them had been recorded. Over the next two years I recorded all fourteen of them, having obtained the interest of Naxos Records, which had embarked at the same time on a recording project of Ries’s complete piano concertos.

Ries was educated musically at the height of the Classical period; in Vienna, he studied piano with Beethoven (both were natives of Bonn, Germany) and was entrusted by him with such work as making transcriptions and piano arrangements, and copying orchestral parts of Beethoven’s new works. Ries moved to England in 1813, married an Englishwoman, and had a successful career touring as a virtuoso concert pianist. At the same time he was composing prodigiously and virtually everything he wrote was published. His thorough knowledge of Beethoven’s music undoubtedly helped shape Ries’s style, but his piano sonatas, from 1809 on, show an adventurous turn toward an expressive keyboard style anticipating that of the first generation of Romantic piano composers—Mendelssohn, Chopin, and Schumann. His gift for melody is like Schubert’s, and he is ever inventive in creating and developing beautiful themes. While his symphonies and concertos are “public” works, intended for large audiences and concert halls, the piano sonatas are his most personally expressive works, revealing an individual outlook on a genre of music cultivated by that great triumvirate of the Classical period—Haydn, Mozart, and Beethoven.

Like so many other composers of that period (and throughout the 19th century), Ries developed under the shadow of Beethoven. (It was widely reported that Beethoven remarked of Ries, “He imitates me too much.” The source of that unkind remark was an associate of Beethoven who later was shown to have destroyed correspondence and falsified documents in order to aggrandize his position in Beethoven’s life, and was proven to be completely untrustworthy.) Still, that story did some lasting damage to Ries’s career. Even while there are highly individual aspects to his music, there are moments which suddenly remind us of Beethoven. Yet fundamentally Ries remains his own man: aside from fleeting moments of similarity in the shape of a melody, or a striking harmonic turn, there is only a superficial resemblance to Beethoven. After publication of the Opus 1 sonatas in 1806, Ries’s style strikes out boldly in new directions: the entire range of the keyboard is exploited, dynamic contrasts are more extreme, and unlike Beethoven, who became more and more obsessed with contrapuntal procedures in his late music, Ries remained, as always, more concerned with singing melodies and accompaniments. He is truly a “cross-over” composer, successfully bridging the styles of the Classical and Romantic periods. An excellent example of this is his Sonata in F# Minor, Op. 26, titled L’Infortunée, composed around 1810-11 when Ries was living in Paris, frustrated and unhappy over his rejection by the French public. This sonata, vividly emotional and tempestuous, expresses intense feelings and drama, although organized in classical forms. Could this “unfortunate one” be a self-portrait? Quite likely, I think.

In later years, Ries’s Romantic tendencies came to dominate his music. It was the end of the Classical era, and new audiences were drawn to the more colorfully brilliant and emotionally demonstrative style of the Romantics. Ries evidently felt quite comfortable with this trend, and composed music that fit the new molds: brilliant variation sets on opera arias and popular airs, fantasies, and dance forms such as the polonaise. While this music is showier and more demanding technically, it is not beyond the abilities of most trained pianists. There are passages requiring a facile piano technique, but none could be called unplayable.

Among the solo sonatas and sonatinas, there are a few that are very attractive because of their originality and expressive content. Among my favorites is the Sonata Op. 26, described above; another is a sonatina—in A Minor, Op. 45—a poignantly expressive two-movement work. I might mention also The Dream, Op. 49—an eighteen-minute combination of fantasy and sonata, where an unstated “program” underlies the various sections of the work. But it becomes almost impossible to pick and choose favorites among these fourteen attractive works.

Finally, after more than two centuries of near oblivion, Ferdinand Ries is finding a rightful place in the history of music. 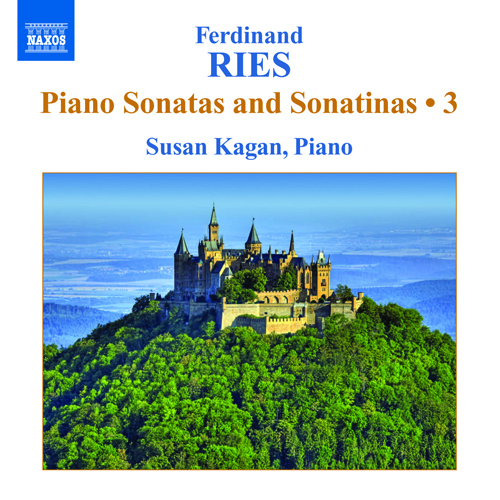 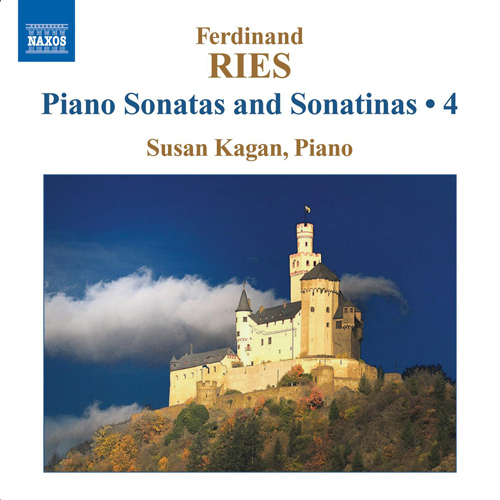