The Fine Arts Quartet, ‘one of the gold-plated names in chamber music’ (Washington Post), is one of the most distinguished ensembles in chamber music today, with an illustrious history of performing success and an extensive recording legacy, including several Naxos CDs. First Violinist Ralph Evans spoke with Stephen Schafer, Editorial Manager for Naxos International Marketing, about the Quartet’s approach to music-making.

STEPHEN: Since the string quartet reached its first burst of maturity with the masterpieces of Haydn, Mozart and Beethoven, Goethe’s famous description of the ‘conversational’ character of the string quartet has often been applied as an ideal for quartet playing. The Fine Arts Quartet’s Naxos recordings, however, present music written by Romantic and modern composers. So I’m wondering what sorts of ‘conversations’ emerge when you are performing these post-Classical works? Does Goethe’s analogy still hold?

RALPH: Goethe is right, of course, that string quartet music does have conversational aspects. But his famous analogy, even when applied to the chamber music of his time, is imperfect because of its narrow scope. Yes, quartets can be ideal for expressing intimate thoughts and they often do sound conversational when composers pass themes from one voice to another, or use counterpoint to demonstrate an independence of voices.

Wonderful examples of such conversational character, often expressed with joyous energy, or bittersweet melancholy, can be heard in Robert Schumann’s Three Quartets (our Naxos CD 8.570151) or in Felix Mendelssohn’s String Quintets (our CD 8.570488). Yet at other times, music can tell a story of peace, drama, and conflict, abstract or otherwise, through the means of melody and accompaniment. Good examples of such compositional technique can be heard in the sparkling, nostalgic chamber music of Alexander Glazunov (our CD 8.570256); or in the American folk dance idiom of George Antheil’s Quartet No. 3 (our CD 8.559354); or in César Franck’s powerful, cyclic String Quartet and Piano Quintet (our CD 8.572009). 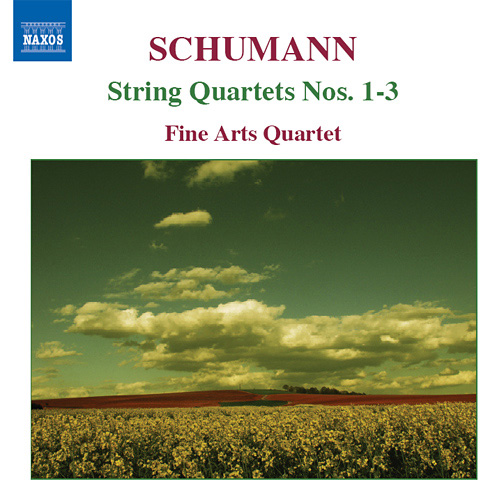 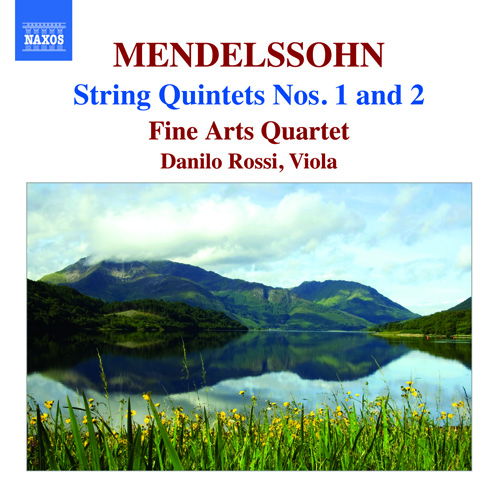 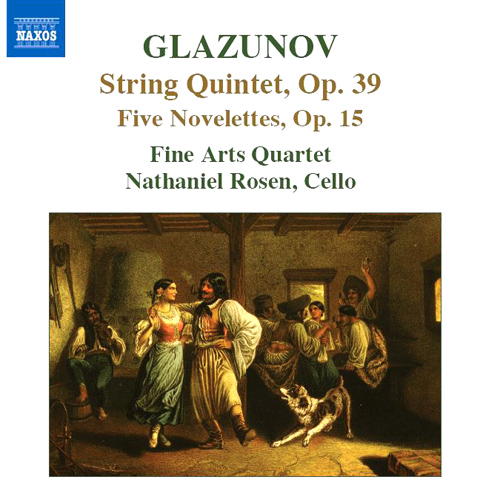 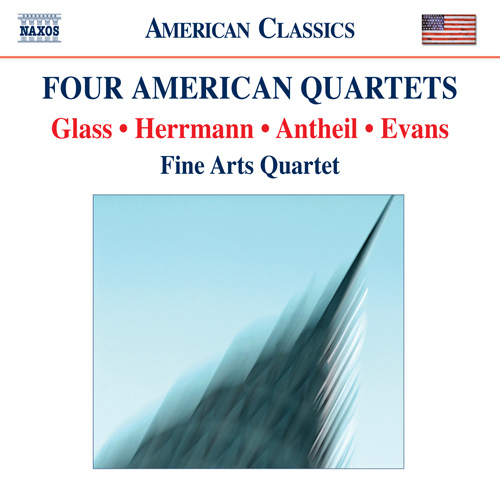 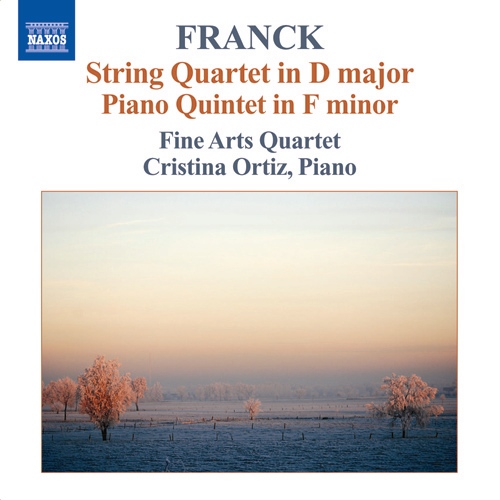 Sometimes, though, composers of chamber music seek to avoid both conversational character and story telling by creating a series of moods, through, for example, the use of eerie and neurotic motivic repetition (Bernard Herrmann’s Quartet “Echoes” on 8.559354); or tranquil hypnotic cell reiterations (Philip Glass’s Quartet No. 2 on 8.559354); or accumulations of sound superimposed on an impressive architectural structure (Anton Bruckner’s Quintet on 8.570788); or kaleidoscopes of miniature melodic motifs colored every second by the most divinely sensitive harmony changes (Gabriel Fauré’s Piano Quintets on 8.570938). In short, classical music is beloved because it elicits such a wide range of moods and emotions in the listener. The conversational character of string quartets is just one of the many wonderful attributes of the medium. 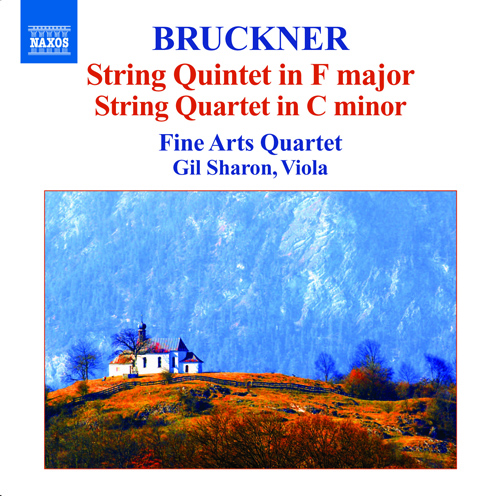 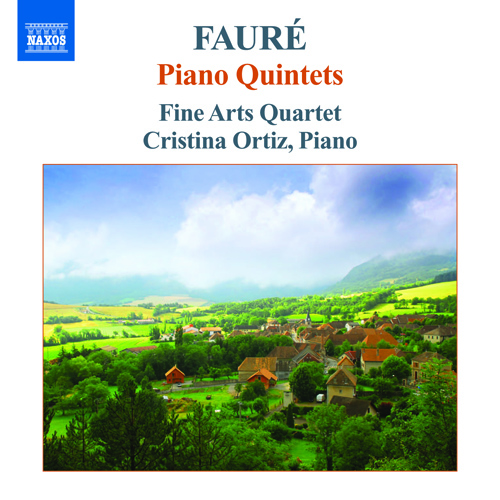 STEPHEN: Goethe probably also had in mind the convivial circumstances in which Classical string quartets were performed during the mid-to-late 18th Century. That is, private or semi-private musical gatherings, such as those where Haydn, Dittersdorf (violins), Mozart (viola) and Vanhal (cello) performed together ‘at home’ for friends and colleagues. In these days of public concerts in larger concert halls or of studio recordings, the atmosphere is different, of course.

The Fine Arts Quartet has a long and illustrious history and maintains a very busy schedule of concerts and recordings. What’s the Quartet’s ‘aesthetic philosophy’? Absolute fidelity to the score? Highly personal interpretations? A balance/mix of these two contrasting positions? 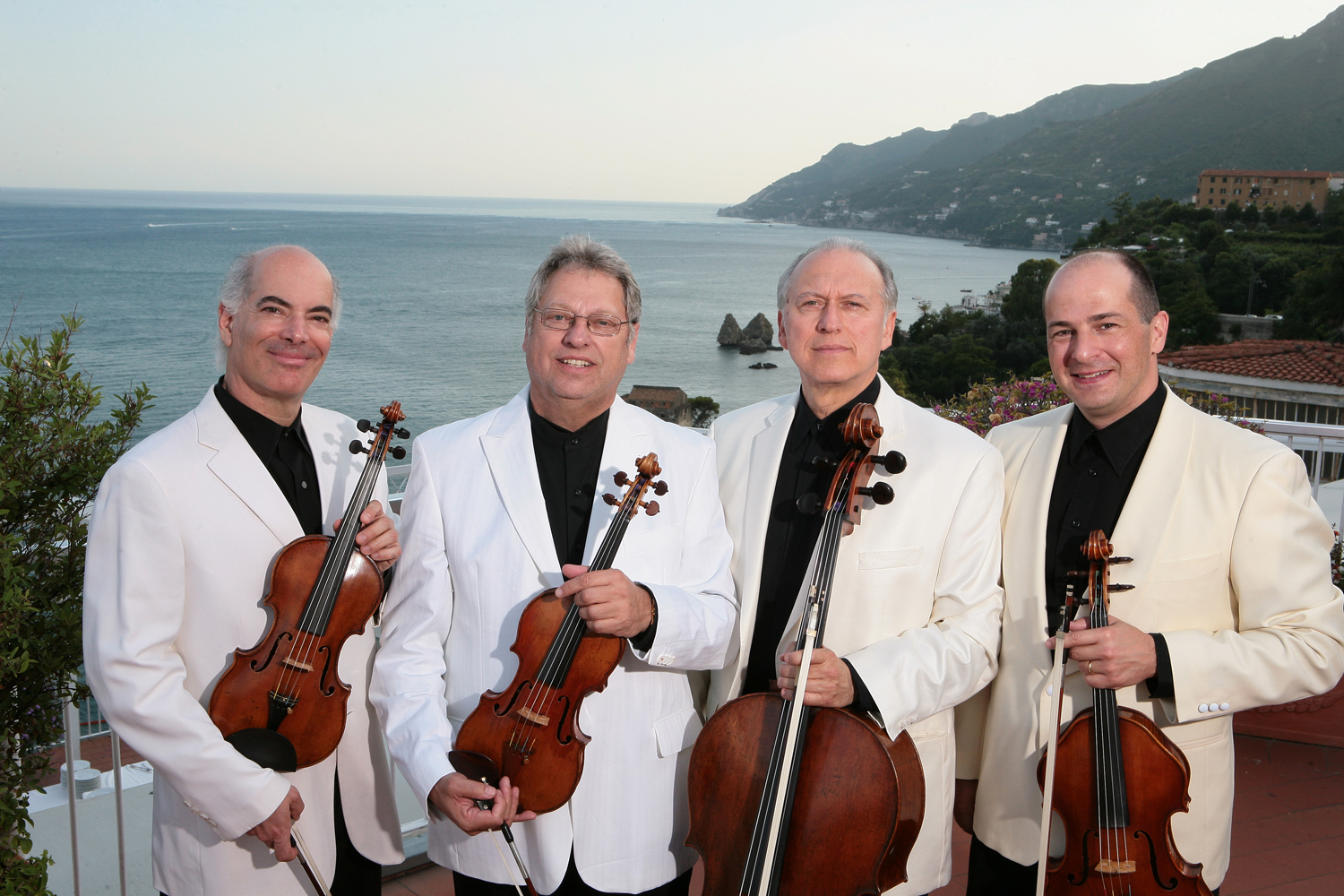 RALPH: Absolute fidelity to the score and highly personal interpretations don’t have to be oppositional. Like most musicians today, we strive to follow the composer’s markings, working from an urtext score, whenever possible. Yet, I’ll be the first to admit that the Fine Arts Quartet’s sound and interpretations are worlds apart from those of any other ensemble that performs today. As first violinist, I take responsibility for our highly personal approach, because I know I was greatly influenced by the seductive sounds coming from artists like Feuermann, Kreisler, Elman, Heifetz, Thibaud, Primrose, and Brodsky, whose recordings I’ve adored ever since I was a child. These string players, who graced the world’s stages during the early to mid 20th Century, each possessed an unusually gorgeous tone, and played with a brilliant technique and distinct style, to boot.

What makes them unique (by today’s standards) was their exquisite use of such expressive devices as continual vibrato, rubato, and glissandi. In my youth, I immersed myself in their glorious sounds, hoping to develop and perfect my own version of those expressive devices. It was risky to adopt such an out-of-favor style—one that critics had dismissed for decades as being old-fashioned and manneristic. But I happily absorbed those expressive means and they are now part of what could be called the Quartet’s simple aesthetic playing philosophy: to make every note beautiful. [I’m fortunate to have colleagues who share my aesthetic philosophy at a time when most other ensembles use a modern performing style.]

The Fine Arts Quartet (founded in 1946) has been around a long time, but during my 27 years as first violinist, my goal has been to keep the divine, elegant playing tradition of Kreisler and company alive in my own modest and personal way. During my years in the Quartet, many musicians and critics have jokingly commented that the Fine Arts Quartet should be renamed the Refined Arts Quartet. That’s ‘fine’ with me.

STEPHEN: Yes, that refined quality has struck me about all of your Naxos recordings. Unfortunately, I’ve not had the pleasure of hearing you play live in concert yet. Still, with good recordings, one can enjoy over and over again the music-making. It surprises me, though I don’t suppose that it should, that each time I hear a recording I find myself noticing new things in the music and the performance; while a live concert is more of a once-only experience.

We often hear about the ‘death’ of classical music—yet more people today than ever before enjoy it. What’s your experience? Are audiences declining? Would it be premature to draft an obituary for classical music?

RALPH: Attendance at classical concerts is definitely declining. But that’s not necessarily because fewer people than ever enjoy classical music. The main culprits, in my view, are automobiles in conjunction with computers! Traffic, in cities everywhere, has become intolerable. It takes a pretty energetic soul to tackle rush hour on the way home from work, and then venture out to a concert, often facing the same congestion all over again.

But that’s only half of the problem. Computers supply the missing ingredient: convenience. Nowadays, with a click of a mouse, one can order any recording one could possibly want to hear. And with the advent of digital downloading and streaming audio, one doesn’t even have to order a hard copy CD any more. Many music lovers just don’t have the will to deal with the hardships involved in attending a concert when they can get their music so easily at home.

STEPHEN: I rather hope that live performances and recordings could work hand-in-hand, rather than competing…

RALPH: Live music does still lure the aficionados; they know that nothing beats the thrill of witnessing live performances. But it’s sadly true that live classical music is losing the numbers battle as older audiences defect increasingly to on-line audio and video. The irony here is pretty obvious: the number of classical music lovers may actually be growing while live concert attendance is dropping. As a result, fewer and fewer artists can depend on concerts as a means of support.

STEPHEN: This sounds like the ‘sea change’ that took place during the 19th Century as public chamber music concerts gradually replaced those intimate soirées of the preceding generation. Except than in our day, by an exquisite irony, broadcasting and recording technology allows one to experience this music once again in one’s own home, albeit at one remove from the truly ‘live experience’. Some organizations, though, recognize the importance of direct, face-to-face interaction between musicians and audience, for instance, through residency programs and other activities.

RALPH:The Fine Arts Quartet members have been fortunate to be artists-in-residence at the University of Wisconsin-Milwaukee for over 45 years now. Though many other universities and conservatories are proud to engage classical ensembles, as well, more are needed worldwide if classical chamber music, for instance, is to survive. I hope music lovers will encourage their local educational institutions to support classical music in this way.

STEPHEN: Many concert presenters present educational programs, for instance for school students, but also for adults. Certainly, nothing beats using music itself to promote the wonder and excitement which music brings into our lives, whether in the concert hall or on disc. So what’s coming up for the Fine Arts Quartet?

RALPH: If your readers have enjoyed any of our previous six Naxos recordings, I hope they will look out for our next three releases. Naxos has just released our recording of the Franck String Quartet and Piano Quintet (8.572009) with the marvelous pianist Cristina Ortiz. And Naxos has just digitally pre-released our recording of three marvelous, rarely played Beethoven String Quintets (8.572221), with the actual CD due out next June, 2010. Included is a late fugue for quintet, (just around 2 minutes long!), which I feel is one of Beethoven’s greatest works. My colleagues think I’m crazy for that opinion. Listen and make your own judgment.

Those of you who love turn-of-the-(20th)-century French music, like I do, might be pleased to know we have just recorded the two magnificent string quartets of Camille Saint-Saëns in the Netherlands. These works have been sadly neglected, since Saint-Saëns has been unfairly tarnished as being a lightweight composer. Listening to these serious, intellectual, brilliantly crafted yet delightful works will change minds in a hurry.

STEPHEN: I think that Saint-Saëns is one of the most seriously underrated composers. Far from being a dyed-in-the-wool conservative, increasingly out of touch with musical developments during his long career, I find his music endlessly fascinating and very rewarding. He has an extraordinary ability to express sophisticated musical ideas with elegance, beauty and conviction, so I’m certainly looking forward to that release from the Fine Arts Quartet.

RALPH: Many thanks. Please permit me to mention our website, in case anyone would like up-to-date information about the Fine Arts Quartet: fineartsquartet.com.

STPEHEN: Ralph, thank you very much.