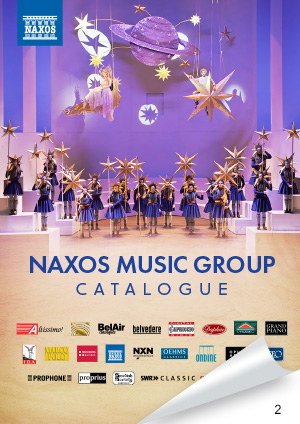 Naxos was founded in 1987 and has developed from being known primarily as a budget label focusing on standard repertoire into a virtual encyclopaedia of classical music with a catalogue of unparalleled depth and breadth. Innovative strategies for recording exciting new repertoire with exceptional talent have enabled the Naxos label to develop one of the largest and fastest-growing catalogues of unduplicated repertoire. Over 10,000 titles are currently available at affordable prices, recorded in state⁠-⁠of⁠-⁠the⁠-art sound, both in hard format and on digital platforms. Naxos works with artists of the highest calibre and its recordings have been recognised with numerous international honours, including GRAMMY, ICMA, Opus Klassik and Gramophone Editor’s Choice Awards.

The company has also transformed into a global music group that owns, administers and/or distributes a large number of other independent record labels. Some of these labels are listed in this catalogue.

The Naxos name is synonymous not only with music recordings, but also with other products and services, from audio⁠-⁠visual products to books, e⁠-⁠books, audio books, apps and musical scores, as well as a wide range of online resources and services, for both general and professional consumption.

With its suite of subscription streaming platforms, Naxos continues as a leader and innovator, particularly in the area of education. Launched in 2002, NaxosMusicLibrary.com is used by thousands of educational institutions and libraries around the world. With over 155,000 albums from hundreds of labels and more than 1,100 albums being added every month, it has become the listening source of choice for generations of students and professional musicians as they explore classical music. Together with the Naxos Video, Jazz, World Music and Spoken Word libraries, our online resources have had a great impact in developing future audiences for these genres.

Independent labels included in this catalogue:

The Naxos label is famous for its many projects to record either a composer’s complete oeuvre, or complete cycles of works from within that output. Cycles completed in 2021 include Boris Giltburg’s landmark recordings of Beethoven’s 32 Piano Sonatas; the operettas of Johann Strauss II; the Best Loved Opera Aria series; an overview of the History of the Russian Piano Trio; and Naxos World’s 20-volume edition of the Folk Music of China. Moreover, a number of previously completed editions were newly presented in box sets, including Prokofiev’s Complete Symphonies; The English Song collection; Leroy Anderson’s Complete Orchestral Works; Rossini’s Complete Works for Piano; Malcolm Arnold’s Complete Symphonies and Dances; and Saint-Saëns’ Complete Symphonies.

We began a number of new cycles in 2021, including Brahms’ songs, Mozart’s Masses, Wranitzky’s orchestral works, and our British Light Music series in a reissue of the Marco Polo edition on Naxos.

Ongoing projects include our recording of all Auber’s overtures; the Liszt complete piano music edition (now at Vol. 59); Keith Brion’s edition of Sousa’s works for wind band, with 21 of the 23 volumes already released; Schumann’s arrangements of symphonic works and chamber music for piano duet (now at its penultimate album); the Music of Brazil series; and the complete edition of Bartók’s piano music.

We continued to add some truly outstanding releases throughout the year, with several of them notably attracting international awards. The recording of Christopher Rouse’s Fifth Symphony by the Nashville Symphony Orchestra under Giancarlo Guerrero won the GRAMMY award for Best Contemporary Classical Composition, and the GRAMMY Award for Best Choral Performance went to JoAnn Falletta’s recording of Richard Danielpour’s The Passion of Yeshua. Two audiovisual releases were also recognised: the International Opera Award for Recording of the Year (Complete Opera) went to the Paris Opéra Comiqueproduction of Ambroise Thomas’ Hamlet, and the Berlin Komisch Oper’s production of Weinberger’s Frühlingsstürme received the Opus Klassik Award for Best Opera Recording (20th-21st Century). 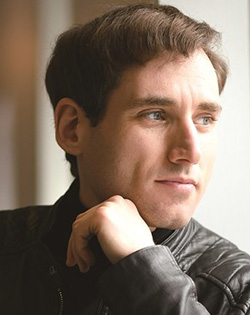 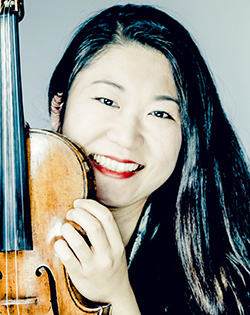 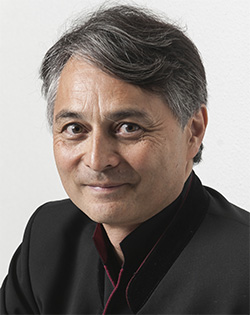 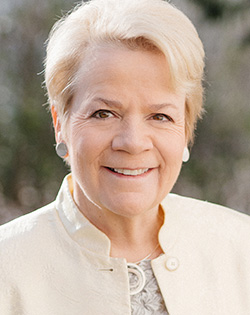 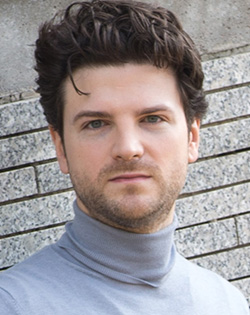 Opera lovers were treated to a wide range of audio recordings, from César Franck’s Hulda (“Naxos and Fabrice Bollon deserve a huge round of applause for making it available in such a persuasive performance.” ClassicsToday.com) to Daron Hagen’s Orson Rehearsed (“ … a compelling and moving experience.” Fanfare), while our expanding catalogue of audiovisual recordings added Chaya Czernowin’s Heart Chamber (“ … as ravishing to listen to as it is to behold.” Opera), Cavalli’s Ercole amante (“… a simply unforgettable show.” Scherzo), and Prokofiev’s The Fiery Angel (“Naxos deserve a gold star for preserving such a memorable night at the opera.” Limelight).

Our incomparable American Classics series grew to a total of 545 albums with the addition of 10 new entries. Notable among them were a programme of songs, choral and piano works by Arthur Farwell, possibly the most neglected composer in American musical history (“ … the issuing of Farwell’s music on this new Naxos CD could not be timelier.” MusicWeb International); an album featuring Florence Beatrice Price’s Symphony No. 3 and other orchestral works (“ … excellent interpretations.” Pizzicato); and a number of Joan Tower’s concertante and solo works featuring percussionist Dame Evelyn Glennie and pianist Blair McMillen (“... all the performances are dazzling.” Gramophone)

In total, the Naxos label added 187 new audio and audio-visual releases to the catalogue, 90 of which featured world premiere recordings. The latter included a number of stage works: Mayr’s opera Elena under musical director Franz Hauk (“ … another feather in [Hauk’s] well-supplied cap.”  MusicWeb international); Abrahám’s operetta Ball at the Savoy (“Beautifully recorded and presented, this is a Ball you cannot afford to miss.” Classical Music Daily); Johann Strauss II’s operetta Waldmeister (“ … a wholly enjoyable listen … a compelling argument for a long neglected work, aching to get back to our opera houses!” The Light Music Society); and Franck’s opera Hulda (using the complete original score).  Albums featuring premieres of instrumental works included Vol. 5 in the History of the Russian Piano Trio series that presented first recordings of three 20th-century works (“ … this [series] is a set to treasure.” Gramophone). 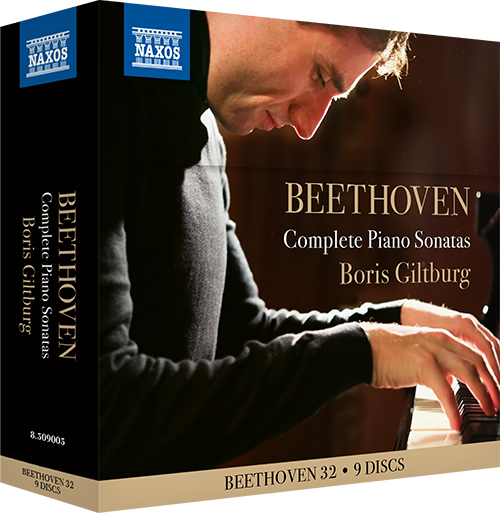 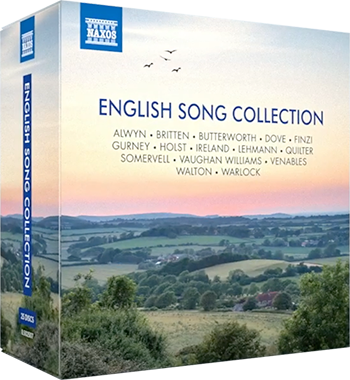 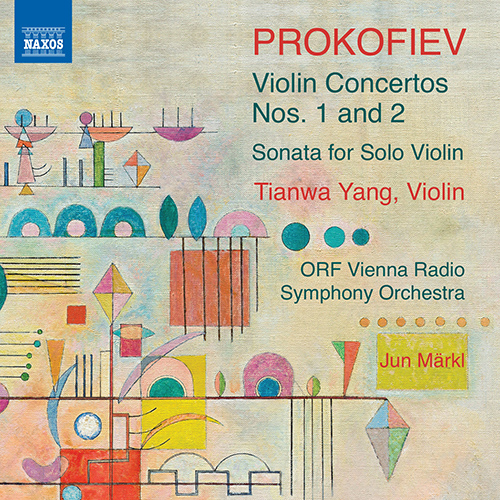 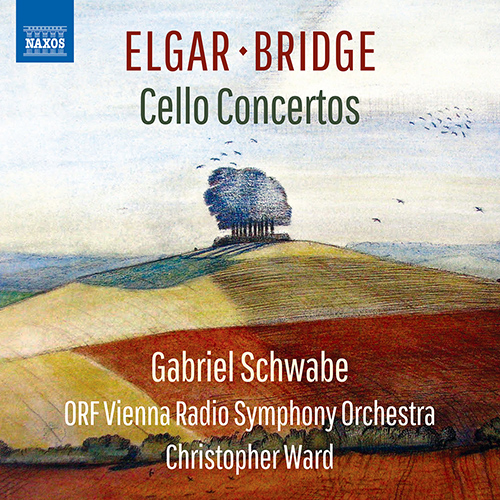 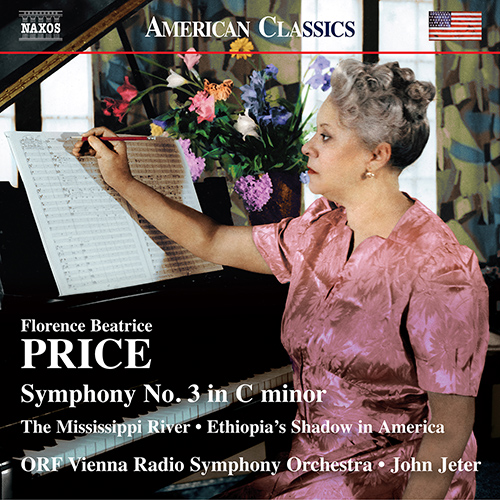 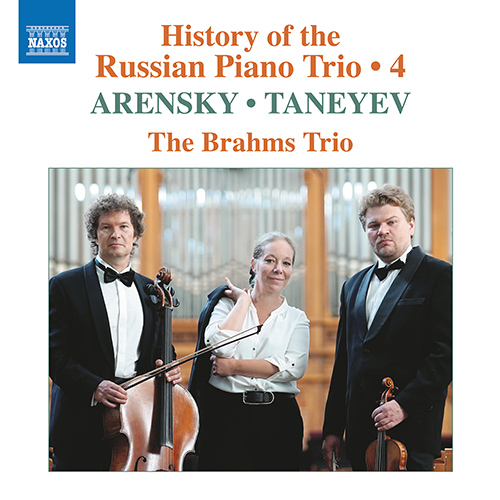 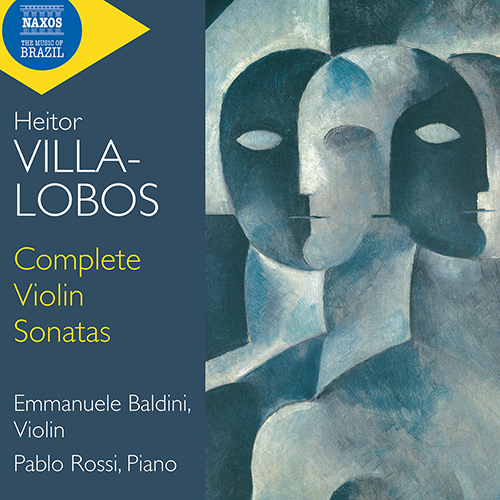 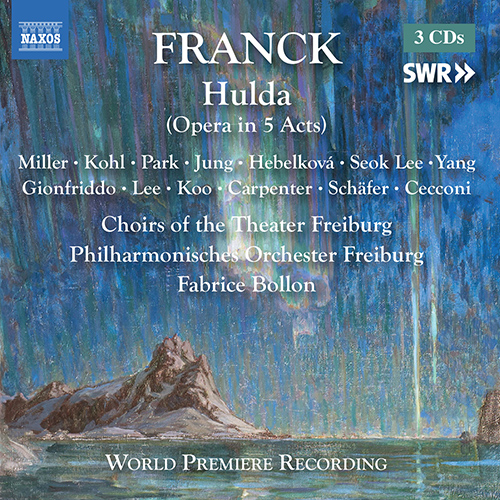 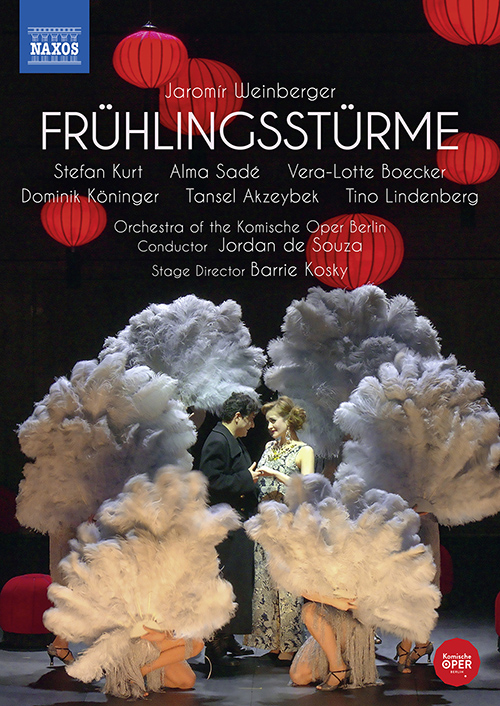 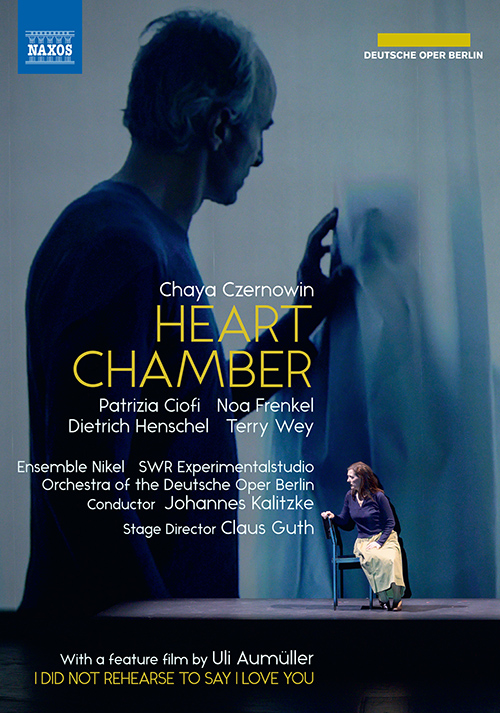 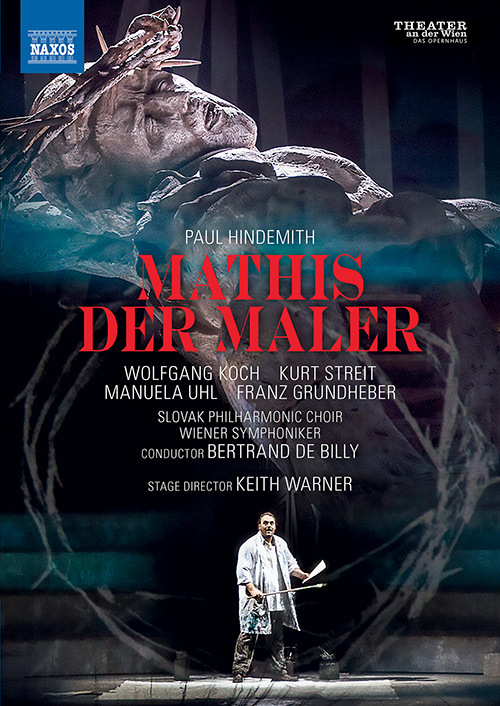 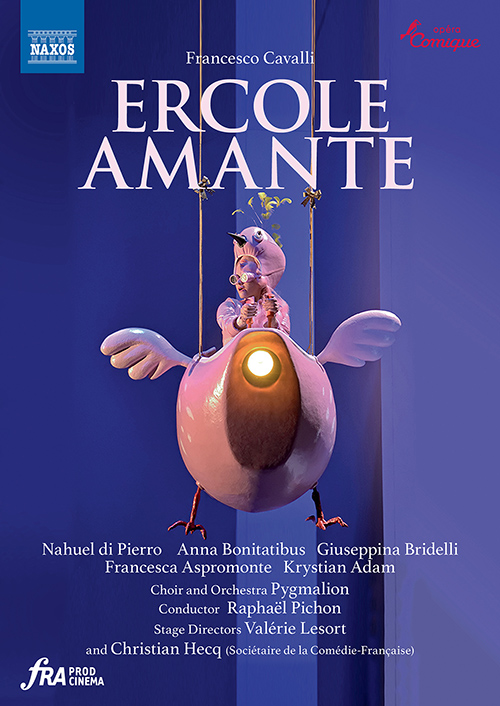 New recordings from our Affiliated labels

Our affiliated labels released 239 new recordings, many of which were recognised with prestigious awards. Opus Arte won the BBC Music Magazine Award for Best DVD with its recording of Wagner’s Die Walküre (“A gripping Walküre, highly recommended.” The Whole Note); Lars Vogt’s Janáček album won the Opus Klassik Award for Instrumental Solo (piano) (“This album may come to be viewed as a classic Janáček recital.” AllMusic.com); Selina Ott’s debut recording for the Orfeo label won the Opus Klassik Award for Best Concert Recording (trumpet) (“This is a terrific debut recording.” Fanfare); and Andreas Ihlebæk, pianist and recording artist for NXN Recordings, achieved 10 million streams across the major platforms.

The Naxos label and its growing roster of affiliated labels, offers something for everyone, newcomers and collectors alike. Whether you are an early music fan, guitar enthusiast, opera buff or connoisseur of historical performances, you will find a host of new discoveries that will both surprise and delight. 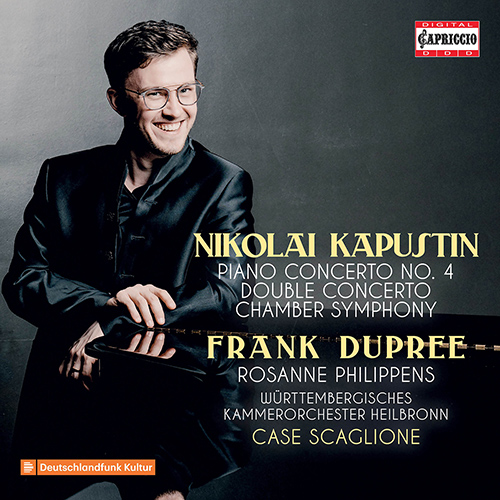 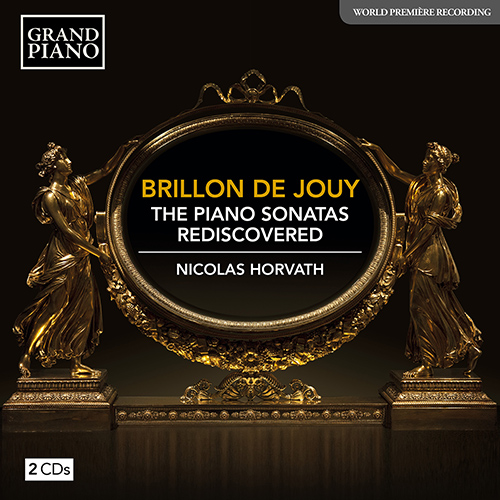 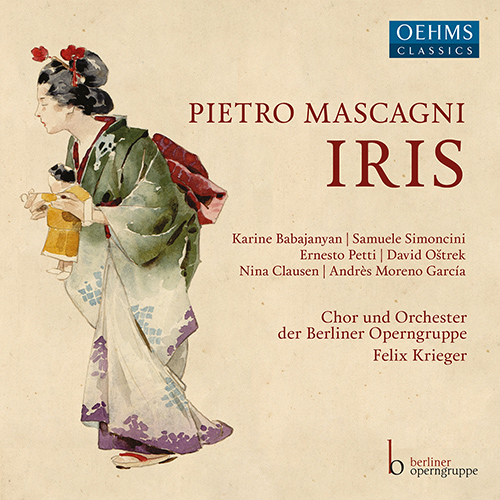 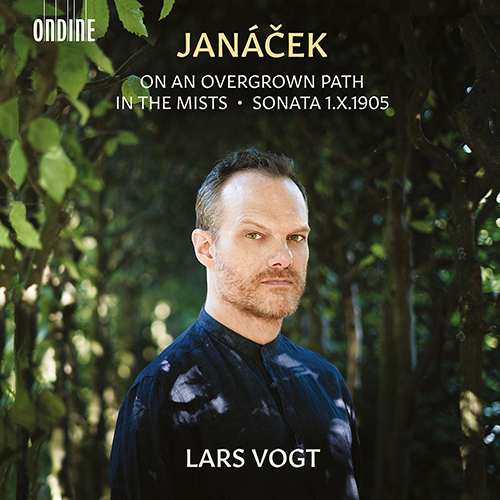 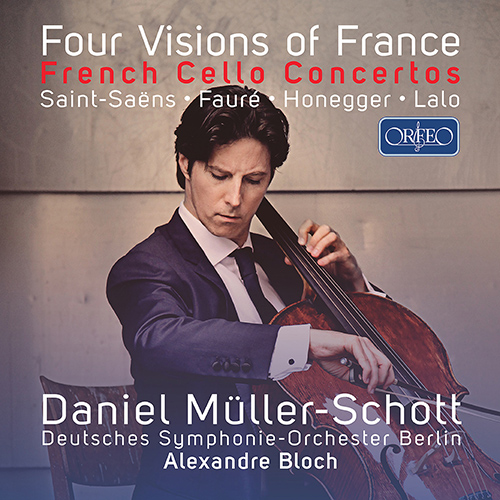 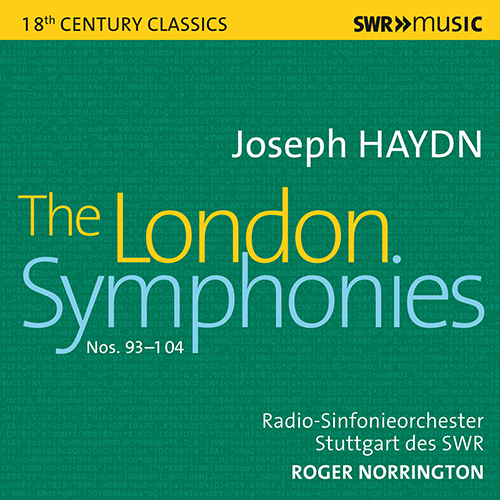 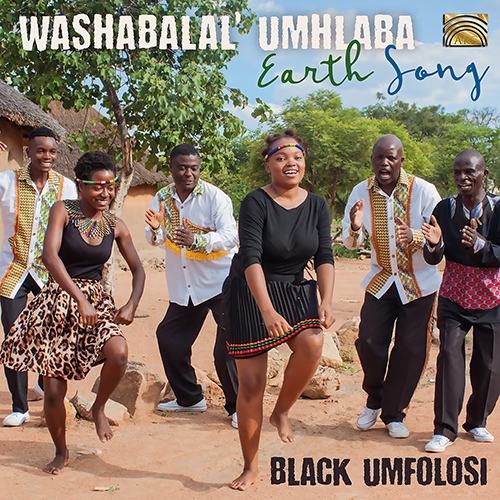 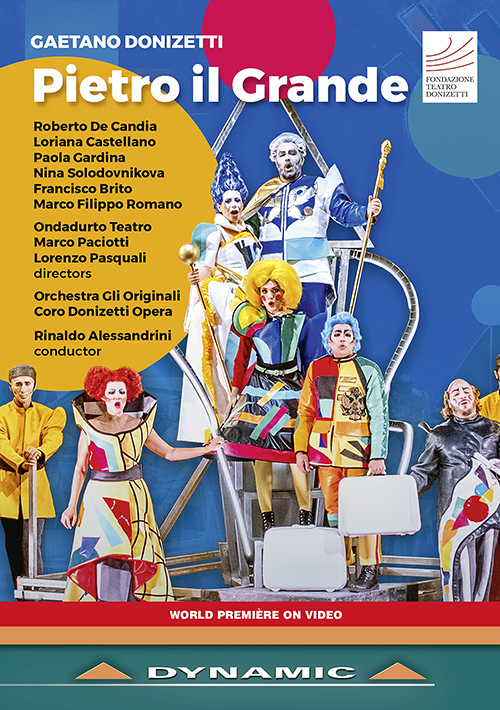 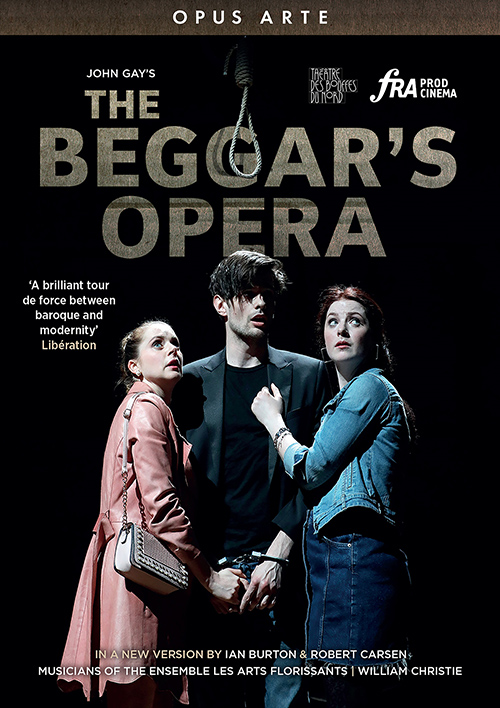 News from our digital services

In 2021, over 150 labels joined our various libraries, enhancing the already rich content of these valuable resources. The breadth of recordings available is simply incomparable.

The Naxos Spoken Word Library continues to grow, with new features, publishers and other enhancements, both online and offline.

Launched in 2020, Naxos MusicBox, our online music education resource for children between the ages of 4-14 years, continues to develop with the regular addition of new activities, while versions in German and Korean are in production.

For those who prefer to listen to and explore classical music through streaming, Naxos and its affiliated labels are present on all major platforms, such as Spotify, Apple Music, and YouTube Music, both on a number of playlists, and under their own curated profiles, including Naxos, Naxos Moods, unClassified, Grand Piano Records, and several others.

All this, together with the development of a range of books, apps and e-books, demonstrates the Naxos commitment to providing the best possible access to recorded classical music in the world. For more information on Naxos’ products and services, please visit www.naxosmusicgroup.com. 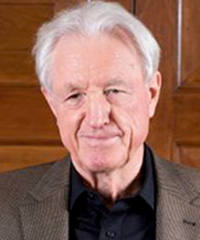