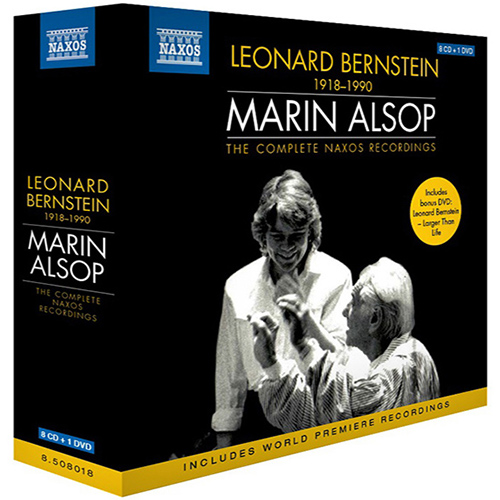 Leonard Bernstein was without question the greatest musician America ever produced. As an inspirational teacher and renowned conductor he was the nation’s musical ambassador to the world, and his work as a composer bridged gaps and broke down barriers, reaching audiences way beyond the normal boundaries of classical music. This celebration of the centenary of Bernstein’s birth brings together all of the acclaimed Naxos recordings of his music in an 8-CD boxed set, conducted by his protégé Marin Alsop. Additionally it features new and world premiere recordings, namely the striking CBS Music, and the Birthday Bouquet which comprises eight variations on ‘New York, New York’ from On the Town, and orchestrations of eleven of the Anniversaries for piano. As a bonus, there’s a DVD of Georg Wübbolt’s film Leonard Bernstein – Larger than Life, an insightful documentary in which colleagues and family sum up this boundlessly brilliant and charismatic musical giant of the 20th century. Not to be missed. 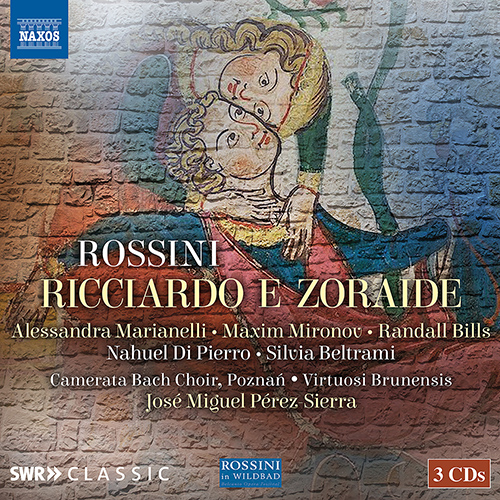 Based on an epic poem by Niccolò Forteguerri and set in the times of the Crusades, Ricciardo e Zoraide is one of Rossini’s genuine rarities, both on stage and beyond. You should note that there are hardly any other recordings of this opera in the current catalogue. The problems of the complex and intense libretto were solved by Rossini through sheer dramatic skill and musical artistry. Taken from a performance at the Bad Wildbad Rossini Festival in 2013, this production has a strong cast that is led by bel canto tenor Maxim Mironov (Ricciardo), who has already recorded numerous Rossini operas for the Dynamic label. “Although young, he already has an enviable and well-deserved reputation.” (operamagazine.nl) 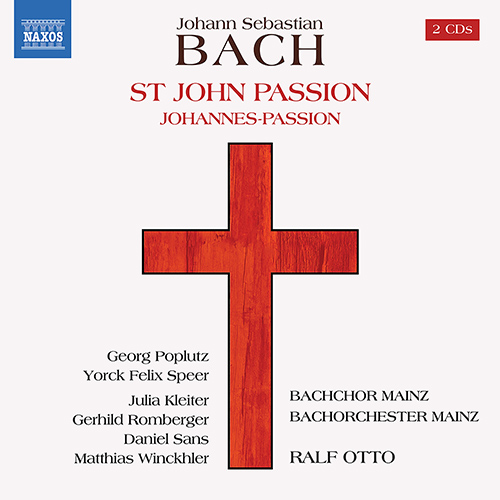 Along with the St. Matthew Passion, Johann Sebastian Bach’s St. John Passion is without doubt one of the most important works he ever composed. Bach’s numerous revisions always demand a certain amount of scholarly decision-making, and this production of the St. John Passion uses the final 1749 version that draws on and reinforces the best of Bach’s original concept, and includes five alternative/additional sections. The strong cast for this production is headed by Georg Poplutz as the Evangelist, while conductor Ralf Otto, a baroque specialist, already has successful recordings of Bach’s Christmas Oratorio, Monteverdi’s Vespro della Beata Vergine and several other choral albums on the Capriccio label. 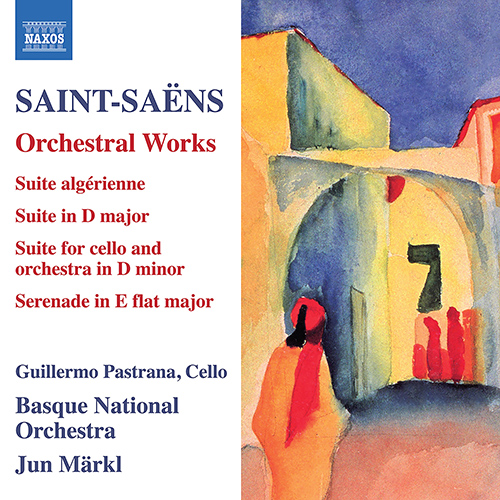 This release is part of a new series of recordings devoted to the orchestral works of Camille Saint-Saëns, other than his symphonies and concertos. Conductor Jun Märkl specialises in twentieth-century French music for us and has earned international plaudits for his multi-volume Debussy series, as well as for his Ravel and Messiaen discs. His December volume of Saint-Saëns’ symphonic poems (8.573745) received 4 stars from The Guardian, commending his stylistic approach to the works and noting that: “…Märkl never attempts to overload his reading with portentousness.” 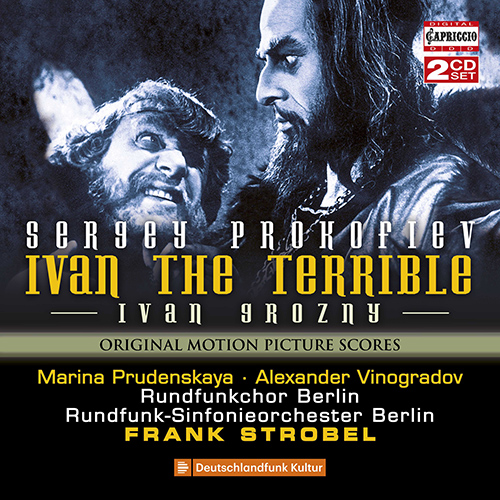 Ivan the Terrible, the second joint project between the pioneering Soviet film director Sergey Eisenstein and Sergey Prokofiev, is a historical spectacular similar to Alexander Nevsky, portraying the rise and fall of the autocratic ruler Ivan IV in the 16th century. Prokofiev’s musical portrayal is unique in the history of film music; the score was conceived on a epic scale for both parts of the film. His rich melodic invention takes its inspiration from the expressive sound palette of his native Russia, not least the spiritual works of the Russian Orthodox liturgy. This is the first complete new recording of the reconstructed original score. 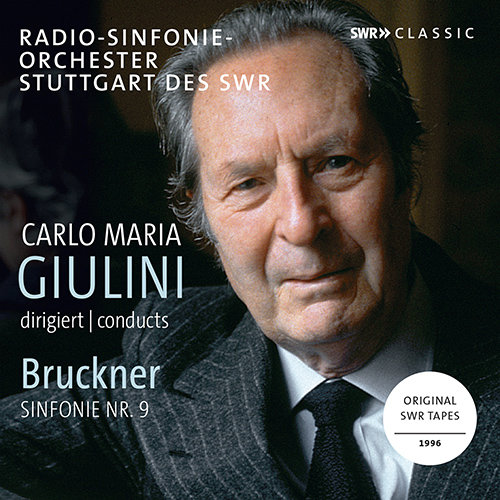 Although a controversial composer in his day, Bruckner’s works now feature regularly on concert programmes and every orchestra worldwide performs his deeply felt symphonies, despite the challenges they make on audiences through their complexity and length. Here we have a real treat in having one of the most prominent conductors of the 20th century conducting Bruckner rather faster than at his legendary slower tempi. Carlo Maria Giulini retired from the podium two years after this concert was given in 1996; the performance combines all the emotional profundity and intellectual understanding of his long experience. The result is a wonderful version of Bruckner’s Ninth which I can wholeheartedly recommend. 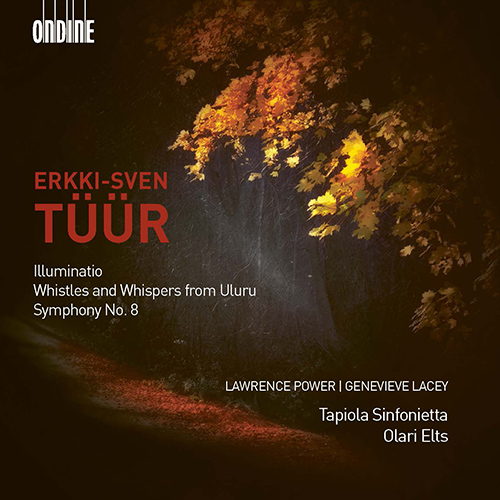 Estonian composer Erkki-Sven Tüür is regarded by many as one of today’s foremost symphonists, and I have no doubt that you’ll find yourself in full agreement once you’ve heard this fine new release from Ondine. The programme comprises world premiere performances of two concertante works featuring violist Lawrence Power and recorder soloist Genevieve Lacey, together with a late masterpiece, Symphony No. 8. The works were all written within the last decade and are given perceptive readings by conductor Olari Elts. This recording is his second Tüür release for Ondine.

We hope you will enjoy these selections and more from Naxos Records.

See our New and Upcoming Releases on naxos.com