Many film and TV productions feature specially-composed soundtracks, often using classical symphony orchestras or classical instrumental combinations. Many soundtracks also use existing classical compositions. The most famous example of the latter is the soundtrack of 2001: A Space Odyssey which uses the opening bars of Richard Strauss’s Also Sprach Zarathustra.

A Tale of Two Cellos

Always On My Mind - 16 Easy-Listening Melodies

American Salute (An) - Spirit Of The Nation

Arnold (The Best of)

As Dreams Fall Apart: The Golden Age of Jewish Stage and Film Music 1925–1955 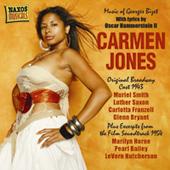 Bliss: Miracle in the Gorbals / Discourse for Orchestra

Cavatina - Highlights from the Guitar Collection

Cavatina And Other Classical Guitar Favourites

Cinema Classics (The Very Best Of)

Classics at the Movies: Adventure

Classics at the Movies: Drama

Classics at the Movies: Love

Classics at the Movies: Romance

Classics at the Movies: Sci-Fi

Classics at the Movies: War

Come In From The Rain - 16 Easy-Listening Melodies

Deutsch: Maltese Falcon and Other Classic Film Scores (The)

Discover Music of the Twentieth Century

Evening In Paris (An)

Fly Me To The Moon - 16 Great Love Songs

FRANKEL: Curse of the Werewolf / The Prisoner / So Long at the Fair Medley

Gershwin (The Best Of)

Gone with the Wind

Herrmann: Snows of Kilimanjaro (The) / 5 Fingers

Herrmann: Snows of Kilimanjaro (The) / 5 Fingers

Joy To The World

Kilar: Bram Stoker's Dracula / Death and the Maiden / King of the Last Days

Korngold: Another Dawn / Escape Me Never

Korngold: The Adventures of Robin Hood

Lang: The Woodmans - Music from the Film

Let's Go to the Movies!: Popular Music Selection from Movies

Love and Passion in Music

Mancini: Music of Henry Mancini (The)

Music To Die For

Mussorgsky: A Night on the Bare Mountain - Songs and Dances of Death - Prokofiev: Alexander Nevsky

My Playlist for Baking

My Playlist for Gardening

My Playlist for Sewing & Knitting

Newman, A.: Captain From Castile

Newman: Hunchback of Notre Dame (The) / Beau Geste / All About Eve

On Wings of Song

Paddle to the Sea

Perry: The Innocents Abroad and other Mark Twain Films

Rebirth of a Nation

Romance Of The Silver Screen (The)

Romeo and Juliet - Beyond Words

Salter / Skinner: Sherlock Holmes and the Voice of Terror

Shostakovich, D.: Bolt / the Golden Age Suite / the Tale of the Priest and His Servant Balda Suite

Shostakovich: Fall of Berlin (The) / The Unforgettable Year 1919 Suite

Shostakovich: Fall of Berlin (The) / The Unforgettable Year 1919 Suite

Shostakovich: New Babylon / A Year Is Like A Lifetime Suite

Shostakovich: The Bedbug - Love and Hate

Sirkia, Raimo: Romances From the Movies

Songs That We All Recognize

STAR WARS AND OTHER SCI-FI CLASSICS

Steiner: Adventures of Mark Twain (The)

Steiner: Adventures of Mark Twain (The)

STEINER: Adventures of Mark Twain (The)

Steiner: All This, and Heaven Too / A Stolen Life

Steiner: All This, and Heaven Too / A Stolen Life

Steiner: Son of Kong (The) / The Most Dangerous Game

Steiner: Son of Kong (The) / The Most Dangerous Game

Steiner: They Died With Their Boots On

Steiner: Treasure of the Sierra Madre (The)

Steiner: Treasure of the Sierra Madre (The)

Strike Up The Band

The Best Of John Williams

The Music Of Henry Mancini

The Way We Were

Thomson, V.: Plow That Broke the Plains (The) / the River

Three Elizabeths (The): A Musical Celebration of Britain Through the Centuries

Time For Us (A) - 16 Easy-Listening Melodies

United States Air Force Band of the Rockies: Hands Across the Sea

United States Air Force Band of the West: A Century of Progress

Vaughan Williams: 49th Parallel, The Story of a Flemish Farm & Other Orchestra Works

Vaughan Williams: The Poisoned Kiss: Overture - 3 Portraits from The England of Elizabeth

Warsaw Concerto and Other Piano Concertos From the Movies

When You Wish Upon A Star

With Love To You

Young: The Uninvited - The Classic Film Music of Victor Young

Young: The Uninvited - The Classic Film Music of Victor Young