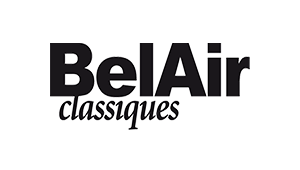 Founded in 2004 by the producer François Duplat and managed by Jacques-François Suzzoni, BelAir Classiques is the video label subsidiary of the French production company BelAir Media. It releases audiovisual productions of classical music programmes (operas, ballets, concerts and theatre) on DVD and Blu-ray. BelAir Classiques strives to achieve a very high artistic and production standard in association with many of the great opera houses, such as the Opéra de Paris, the Bolshoi Theatre, the Berlin Staatsoper, the Mariinsky Theatre, La Scala Milan, the Grand Théâtre de Genève and the Munich Staatsoper; it also collaborates with leading festivals such as the Aix-en-Provence Festival. Working with renowned directors such as Andy Sommer, Vincent Bataillon and Don Kent, as well as artists of the highest calibre that include Simon Rattle, Roberto Alagna and William Christie, BelAir Classiques’ growing catalogue of over 130 titles has been recognised by prestigious awards from the international music press.