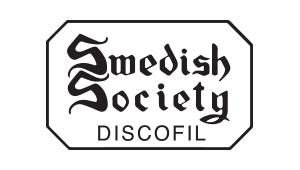 It was thanks to composer Hugo Alfvén that Sweden got its very first recording label devoted purely to classical music. The bond of friendship that existed between him and the recording enthusiast Hans Peter Kempe proved one of the most important in the history of Sweden’s recording industry. The Midsummer Vigil LP, which was the label’s very first release, raised Alfvén’s profile to an international level.

In 1958 Kempe was contacted by Claude Génetay, a member of the Stockholm Radio Orchestra. He had researched and written out the parts to a long dormant work by “the father of Swedish Music”, Johan Helmich Roman: The Drottningholm Music. Génetay suggested that Kempe record the work. Even in the 1950s Roman’s music was almost unknown, but this new recording, made appropriately in the Drottningholm Court Theatre, found immediate popularity among a large audience.

Today, Swedish Society Discofil is still an important player in the recording of Swedish music and artists. Being considered an audiophile label, it shares its recording philosophy with sister-labels Proprius and Prophone.