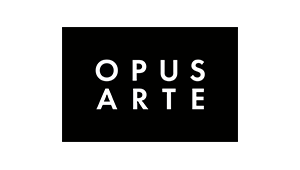 We are delighted to be celebrating the 20th anniversary of Opus Arte in 2021. Founded as a production company by Hans Petri in 1999, the label released its first DVD in 2001. From the outset Opus Arte has been releasing recordings from the Royal Opera House, Covent Garden, one of the closest and longest-standing relationships we have had. So much so that the ROH acquired Opus Arte in 2007 and we became their in-house DVD label. In 2018 we joined the Naxos family, although we continue to work very closely with the ROH and maintain our base of operations at the Royal Opera House in London.

Opus Arte now boasts a catalogue of over 800 programmes, including recordings in 4K, 3-D and Dolby ATMOS, and was one of the first labels to release high definition content on Blu-ray. We are proud to be associated with many of the world’s finest arts organisations, which aside from the Royal Opera House includes Glyndebourne, Dutch National Opera & Ballet, Teatro Real, Bayreuth, Shakespeare’s Globe and the Royal Shakespeare Company.