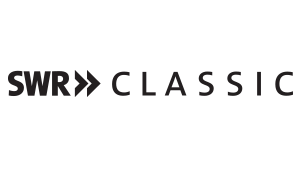 SWR Classic is the label of the Southwest German Broadcasting Company (SWR), on which recordings of the internationally renowned SWR orchestras and ensembles, including outstanding archive recordings, are released in cooperation with Naxos Germany. The label celebrated its fifteenth anniversary in October 2015 and is now a well-established competitor in the market; the numerous awards and prizes it has received attest to its success. The SWR is the only German public radio network that presents the activities of its orchestras and ensembles in permanent documentation on CD. The label, so far known as SWRmusic, was renamed as SWR Classic in 2017, according to the new classical music brand of the SWR.